In South Sudan, some children work in mines to survive 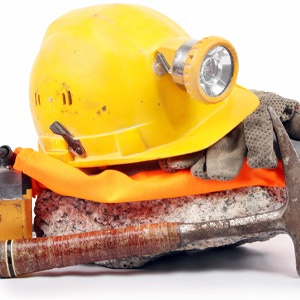 Stained with mud, the 8-year-old traces her fingers over the infected wound on her elbow. "It's hard work digging and the shovel is heavy. I just want to be in school," Losika Losepio said.

Standing in a gold mine outside the South Sudan town of Kapoeta, the girl says she digs pits and sifts through soil daily so that her family can sell gold to buy food. Sometimes she works so late that she sleeps in the mines overnight, she said.

South Sudan's five-year civil war has devastated the economy, fueling child labour in some of the country's most impoverished regions.

Mineral-rich yet exceptionally poor, Kapoeta state has been plagued by severe hunger during the conflict. Losepio's father can't afford to educate all nine of his kids so he sends four to school and keeps the others back to work in the mines. The youngest is 5 years old.

On a visit last month, the AP saw dozens of haggard children working in an artisanal mine 20km outside Kapoeta town as well as children doing other hard labour throughout the city. Small boys pushed wheelbarrows stacked with jerry cans of water along uneven dirt roads, while others sold secondhand clothes in a makeshift market under the scorching sun.

More than 600 children, mostly between 8 and 12, are estimated to be working in a range of industries in Kapoeta including mining, retail and hospitality, according to the government, which has called the situation "urgent" and compounded by general ignorance and neglect in the community.

"The number of children working is increasing day by day ... People don't care how old or young a child is," Jennifer Edward, minister for humanitarian and gender in Kapoeta state, told The Associated Press.

"Local businessmen use kids to sell commodities for them in exchange for food," said Josephine Modong, a local aid worker.

According to the International Labour Organisation, a UN agency focused on setting labour standards and policies, a child is not allowed to work below a country's minimum legal age, which is 15 in most nations. Some less developed countries such as South Sudan have a minimum working age of 14 or younger.

Hazardous work such as mining, however, which falls under the category of "worst forms of child labour," can't be carried out until a person turns 18, the ILO says.

While South Sudan's government doesn't have countrywide statistics on child workers, it maintains that the problem isn't "catastrophic" and that employers abide by international laws, said Mary Hillary Wani, undersecretary for the ministry of labour.

She wasn't aware, however, that children were working in mines anywhere in the country.

Kapoeta's government said it is trying to crack down on the issue by raising awareness and advocating for children to stay in school, but that changing mindsets will take time.

At least one local organisation is attempting to get children out of the workforce and into classrooms.

Ten years ago, the US-born Gregory McClerkin helped found Hope4Sudan , a primary school supported by a Pentecostal church back home that provides free education for children as well as room and board for those in need. More than 200 children are registered including street kids and former child labourers.

"I wanted to help by bringing education and knowledge to a dark place," McClerkin told the AP.

Titus Lopir was 8 when he began washing dishes at a hotel in Kapoeta town. For two years the child worked daily without pay in exchange for food and shelter, lighting the fire in the kitchen at night, cooking for the staff and cleaning up after customers while eating the scraps off their plates.

"It was hard but I had no choice," said the boy, who lost his mother when he was younger and never knew his father. Now 12, he's been in and out of class at the boarding school for two years, often disappearing for months to make money selling stolen phones or secondhand clothes.

Staring at the floor, the boy says he wants to stay put and study to be a doctor.

"It's better to be in school," he said. "We can learn to help ourselves and our community."

We live in a world where facts and fiction get blurred
In times of uncertainty you need journalism you can trust. For only R75 per month, you have access to a world of in-depth analyses, investigative journalism, top opinions and a range of features. Journalism strengthens democracy. Invest in the future today.
Subscribe to News24
Related Links
South Sudan rivals to sign peace deal at Ethiopia summit: mediator
South Sudan judge finds 10 troops guilty of violent rampage
Verdict due for South Sudan soldiers accused of murder, rape
Next on News24
Hundreds protest police repression, corruption in Tunisia

3 scoop the Daily Lotto jackpot
Full list of lottery results
Lockdown For
DAYS
HRS
MINS
Voting Booth
How has the delay in schools' opening impacted your life?
Please select an option Oops! Something went wrong, please try again later.
It's a disaster! We're struggling to manage work and kids at home
40% - 750 votes
It's a struggle, but we learnt lessons from last year's closures
20% - 367 votes
It's a relief, this second wave is bad and kids need to be at home
41% - 764 votes
Previous Results
Podcasts
PODCAST | MISSING MATTHEW EPISODE 3: Decades of false starts add to a family's despair