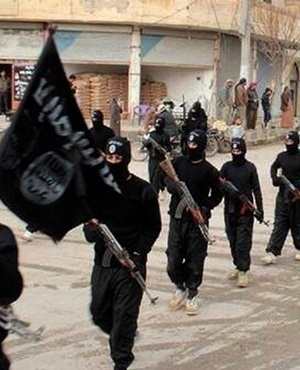 Libyan authorities say six people were killed when a suicide car bomber struck a checkpoint in eastern Libya, in an attack claimed by the local affiliate of the Islamic State group.

The bomber targeted the eastern gates of Ajdabiya, said Fawzy al-Mansouri, head of the city operations room. He added that members of one family were among the dead and that five soldiers were wounded. ISIS claimed responsibility on Friday on its Aamaq news agency.

The attack comes less than a week after a US airstrike killed two al-Qaeda militants, including a top recruiter, Musa Abu Dawud, in southern Libya.

Islamic extremists expanded their reach across Libya after country was plunged into chaos following the 2011 uprising that ousted and killed longtime ruler Moammar Gaddafi.

We live in a world where facts and fiction get blurred
In times of uncertainty you need journalism you can trust. For only R75 per month, you have access to a world of in-depth analyses, investigative journalism, top opinions and a range of features. Journalism strengthens democracy. Invest in the future today.
Subscribe to News24
Related Links
ISIS claims Libya suicide attack on strongman's forces
ISIS corpses in Libya await fate in containers
Libya arrests ISIS militant involved in 2015 beheadings
Next on News24
Covid-19: WHO reviewing data after Seychelles reports fully vaccinated people testing positive