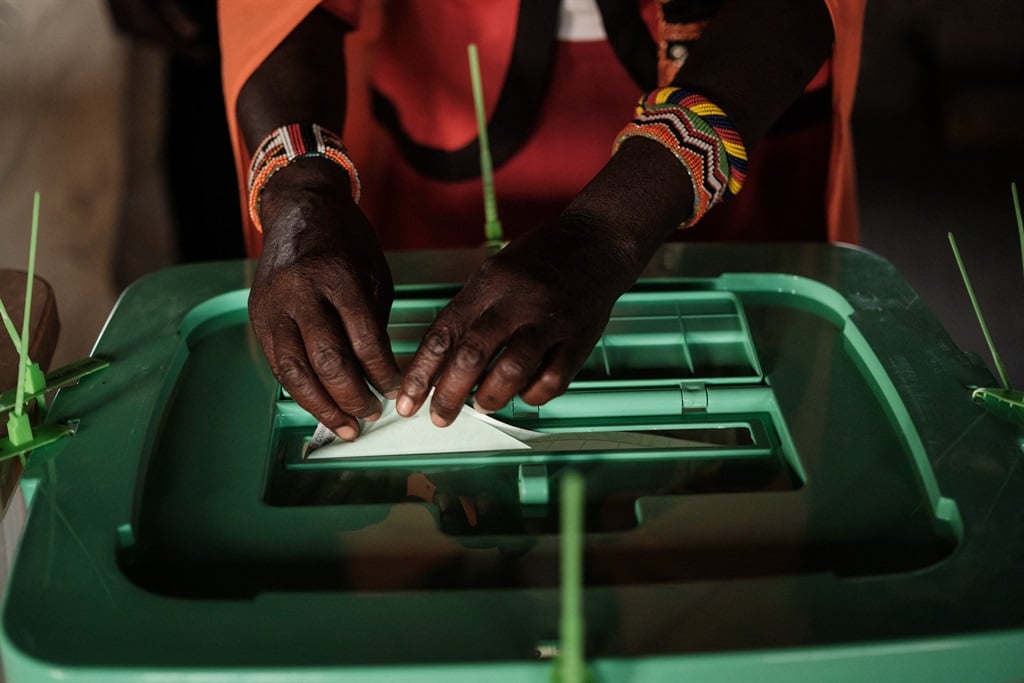 A Maasai woman casts her vote during Kenya's general election at the Masurura primary school polling station in Masurura on August 9, 2022.
YASUYOSHI CHIBA

Kenyan media stopped broadcasting the provisional results of the country's presidential poll, raising questions over the outcome of the vote as the counting process entered its fourth day on Friday.

Tuesday's election was largely peaceful but disputes over previous presidential votes have been followed by deadly violence, fuelling jitters as provisional results point to a tight race between frontrunners William Ruto and Raila Odinga.

After 2017's presidential poll was annulled by the Supreme Court, citing irregularities and mismanagement by the Independent Electoral and Boundaries Commission, the election watchdog is under pressure to deliver a transparent vote and has uploaded forms to its website showing the results from each polling station.

As IEBC officials verify and tally the results, Kenyan TV channels have been carrying out their own count, based on the forms, but stopped doing so on Thursday, with around a million votes left to go.

The broadcasters have provided no explanation for the sudden halt in counting, which came as the IEBC chairman Wafula Chebukati urged Kenyans not to worry about the different outcomes projected by various TV channels.

"There should be no panic about the differences we are seeing on the media screens," he said, adding that the official results would be released by the IEBC, which has to publish the outcome by August 16.

Turnout was lower than that seen in previous elections and some Kenyans said they were keen to move on from the vote and resume normal life.

I don't care (for) the ongoing counting for the presidential (election), it makes people anxious.

"We want to go back to daily life."

No presidential poll outcome has gone uncontested in Kenya since 2002, and the disputes have led to bloodshed in the past, either involving ethnic clashes or police violence.

But with the complex process of verifying and tallying votes expected to take days, social media is swamped with disinformation about the results, with rights campaigners and civil society groups accusing both candidates' camps of sharing misleading posts.

Kenyans voted in six elections on Tuesday, choosing a new president as well as senators, governors, lawmakers, woman representatives and some 1 500 county officials.