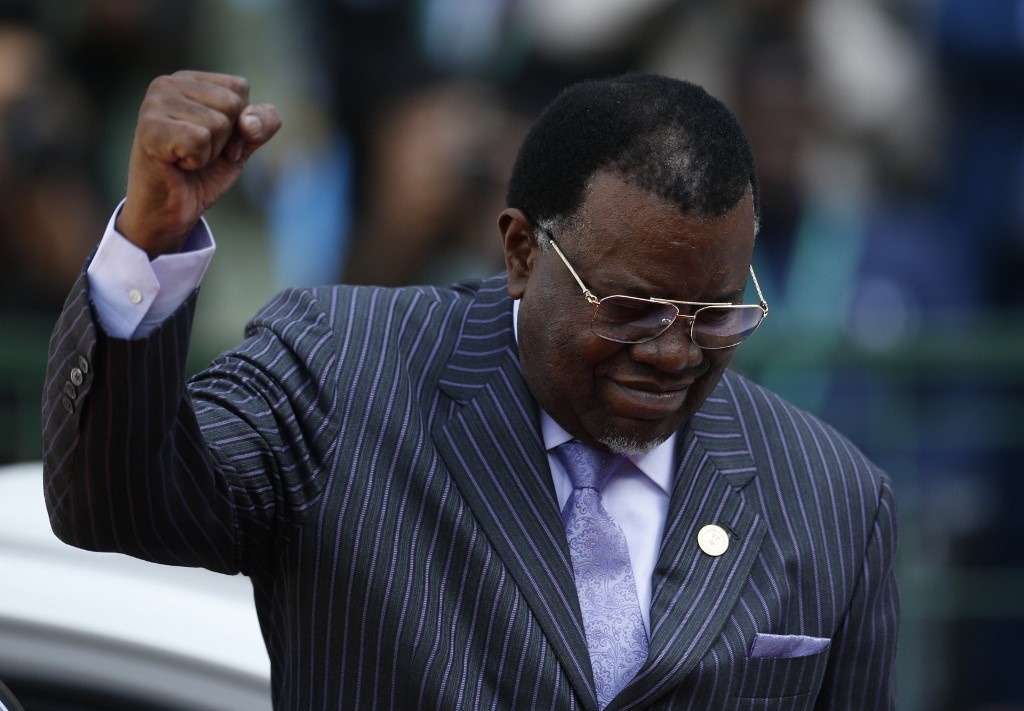 The South West Africa People's Organisation (SWAPO) birthday party took place in parliament on April 19, when Namibia was under lockdown and group gatherings were banned to limit the spread of coronavirus.

"We had a very important occasion of the 60th anniversary of SWAPO," Geingob confessed on Thursday during a press conference on the country's Covid-19 response.

"Although we were as little as ten leaders... we were found not on the right side of the regulations and law. We had to admit guilt and we were punished, we paid."

Geingob raised controversy in March for inviting several African presidents to his swearing-in ceremony, prompting them to breach their own travel bans.

A small handful of leaders still attended the event, including Zimbabwe's president Emmerson Mnangagwa and his Angolan counterpart Joao Lourenco.

Botswana's president Mokgweetsi Masisi was forced to self-isolate for 14 days upon his return.

Geingob has also come under fire for making public appearances without a face mask.

The 78-year old president defended his behaviour on Thursday, claiming masks were only required in the workplace or for travel, shopping and outdoor exercise.

Namibia started gradually easing its nationwide lockdown on May 4.

The sparsely populated southern African county has recorded just 22 coronavirus cases to date, none of which have been fatal.

We live in a world where facts and fiction get blurred
In times of uncertainty you need journalism you can trust. For 14 free days, you can have access to a world of in-depth analyses, investigative journalism, top opinions and a range of features. Journalism strengthens democracy. Invest in the future today. Thereafter you will be billed R75 per month. You can cancel anytime and if you cancel within 14 days you won't be billed.
Subscribe to News24
Related Links
Namibia bans car perks for politicians for virus spending
Zimbabwe president defies own travel ban to attend Namibia swearing-in
Botswana president in self-quarantine after visit to Namibia
Next on News24
WATCH | All the latest news videos from around Africa