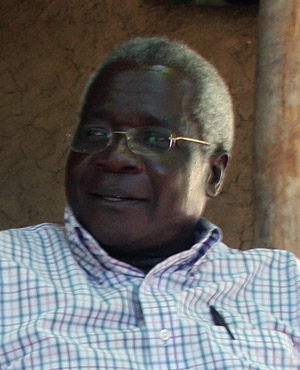 Maputo - Peace talks between Mozambique's opposition leader Afonso Dhlakama and mediators were called off at the weekend after fighting broke out between the military and ex-rebel fighters, local media reported on Wednesday.

The meeting was part of negotiations that opened in May to end a simmering conflict between the government and the former Renamo rebel group.

"We had agreed (with President Filipe Nyusi) that two mediators would come... to meet me," Dhlakama told the independent weekly Canal de Mocambique.

But Dhlakama, who has been holed-up in the central Gorongosa mountains for a year now, said the military increased its presence near the venue of the meeting on the morning of the talks.

"There was a violent shootout. I even heard the explosions from here," Dhlakama said.

"So I called (chief mediator Mario) Raffaelli to tell him that armed forces had come to ambush me."

He said he was "convinced" that the ruling Frelimo party "wanted to capture me during the meeting".

New round of peace talks

"It is obvious they have a plan to kill me," he added.

Raffaelli, the European Union-appointed mediator, declined to comment when contacted by AFP.

An EU diplomat, who asked not to be named, confirmed to AFP that two mediators had gone to Gorongosa for a meeting with Dhlakama.

"[But] Dhlakama told them to turn back at the very last moment," said the diplomat.

A new round of peace talks resumed last week after they had been halted following the killing of the opposition negotiators.

While both sides have agreed in principle to changing the constitution to allow Renamo figures to be appointed as provincial governors, the talks have yet to result in a ceasefire.

Renamo, which previously waged a 16-year civil war that ended in 1992, has refused to accept the results of 2014 elections when it was beaten once more by the ruling Frelimo party - in power since the former Portuguese colony's independence 40 years ago.

Renamo's armed wing has in recent years staged a string of deadly attacks in central Mozambique as it fights to make its voice heard and to secure a greater share of power.

We live in a world where facts and fiction get blurred
In times of uncertainty you need journalism you can trust. For only R75 per month, you have access to a world of in-depth analyses, investigative journalism, top opinions and a range of features. Journalism strengthens democracy. Invest in the future today.
Subscribe to News24
Related Links
Mozambique army destroys Renamo bases as talks continue
Mozambique peace talks resume after negotiator's murder
Senior Mozambique opposition member shot dead
Next on News24
Libya's proposed election is a moment of danger in push for peace

3 bag the jackpot in the Daily Lotto
Full list of lottery results
Lockdown For
DAYS
HRS
MINS
Voting Booth
Have you ever purchased a fake luxury/designer item?
Please select an option Oops! Something went wrong, please try again later.
Yes, I believed it was authentic
7% - 225 votes
Yes, I didn't want to spend that much money on the original item
20% - 665 votes
No, I always shop at reputable stores
14% - 464 votes
No, I don't wear designer clothing
60% - 2002 votes
Previous Results
Podcasts
PODCAST | The Story: Spotlight on filicide - what triggered Lauren Dickason? And how to get help