Videos circulating on social media showed enormous flames leaping from the hollow centre of the tree - which symbolises freedom from slavery - in Freetown late Thursday night and early Friday morning.

According to legend, slaves who won their freedom fighting on the British side of the American War of Independence prayed under the tree when they arrived in West Africa.

It has remained a landmark. Freetown residents continue to pray beneath the enormous tree, which now towers over a busy roundabout.

They also hold protests there, or pour libations to ancestors.

Firefighters "swiftly intervened to put out the inferno", the internal affairs ministry said.

The cause of fire remains unknown, however. A similar fire occurred in 2018.

A senior internal affairs ministry official said the government had opened an investigation.

Freetown Mayor Yvonne Aki-Sawyerr also said in a social post that the city had hired a "tree specialist" to assess the damage.

Reports that our historic Cotton Tree was on fire are true. The fire has been put out by the Fire Force

Cause is unknown & assessments will be done tomorrow

The Mayor, the Minister of Internal Affairs and the ONS were at the scene 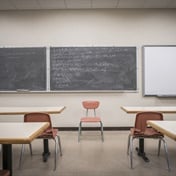