Unidentified attackers shot and killed six people in northern Burundi, an official said on Friday, weeks after a similar attack was reported in a southern province.

The group launched the attack in Kayanza province on Thursday night from the Kibira forest, the regional governor said, and fled to the same area after the attack.

Two people were wounded and were receiving treatment, while the attackers kidnapped one person, Cishahayo said.

The centre attacked on Thursday is near the forest.

"People should stay calm and united ensuring security together " Cishahayo said, adding the situation has returned to normalcy.

In late August, gunmen attacked the district of Bugarama in the southern province of Rumonge, where at least 16 people died in shooting with security forces.

Red Tabara, a rebel group fighting Burundi's government and based in the Democratic Republic of Congo, claimed responsibility for the attack, saying it killed police officers and the ruling party youth wing members, known as Imbonerakure.

The East African nation of 11 million people is one of the world’s poorest countries. It became an international pariah after then President Pierre Nkurunziza crushed protests triggered by his decision to run for a third term in 2015.

Evariste Ndayishimiye took over in June following the sudden death of his predecessor. 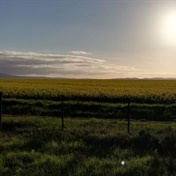