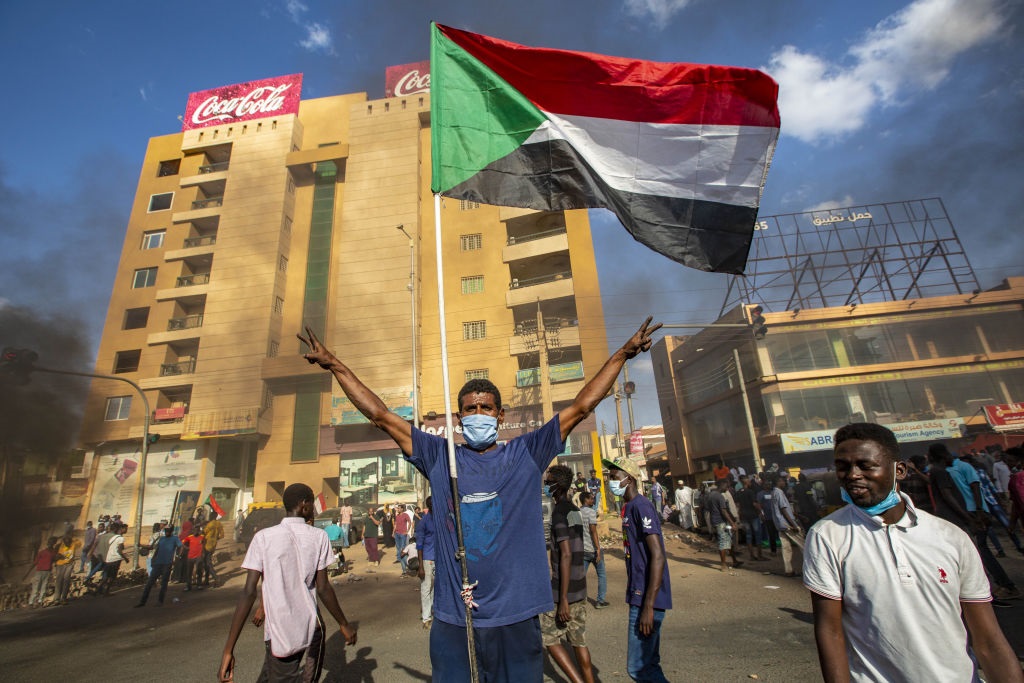 Sudanese people stage a demonstration demanding the end of the military intervention and the transfer of administration to civilians in Khartoum.
(Photo by Mahmoud Hjaj/Anadolu Agency via Getty Im

A Sudanese judge on Thursday ordered telecoms companies in Khartoum to explain why internet services are still cut more than two weeks after a military takeover and two days after a court said connections should be restored.

Mobile internet services across Sudan have been cut since the military seized power on Oct. 25. The suspension has hampered efforts by pro-democracy groups to mobilise for a campaign of civil disobedience and strikes against the coup.

The judicial order to restore internet services immediately was issued on Tuesday in response to a complaint by the Sudanese Consumer protection Society. The judge on Thursday repeated the order for Zain , MTN and local providers Sudatel and Canar to restore services, pending the announcement of any damages to be paid to subscribers.

The companies could not immediately be reached for comment.

The coup ended a power-sharing arrangement between the military and civilians that was agreed after the overthrow of former president Omar al-Bashir in 2019, and was meant to lead to elections in late 2023.

Some senior civilians were detained and Prime Minister Abdalla Hamdok was placed under house arrest.

Mediation aimed at securing the release of detainees and a return to power sharing has stalled as the military has moved to consolidate control. Political sources told Reuters on Thursday that there had been no progress in indirect contacts between Hamdok and the army.

Hamdok told mediators that his position would be based on that of the covilian political coalition that emerged from the uprising against Bashir. Representatives of that coalition on Wednesday rejected negotiations with the military.

The United Nations envoy to Sudan, who has been trying to facilitate mediation, is due to brief the U.N. Security Council on developments later on Thursday.