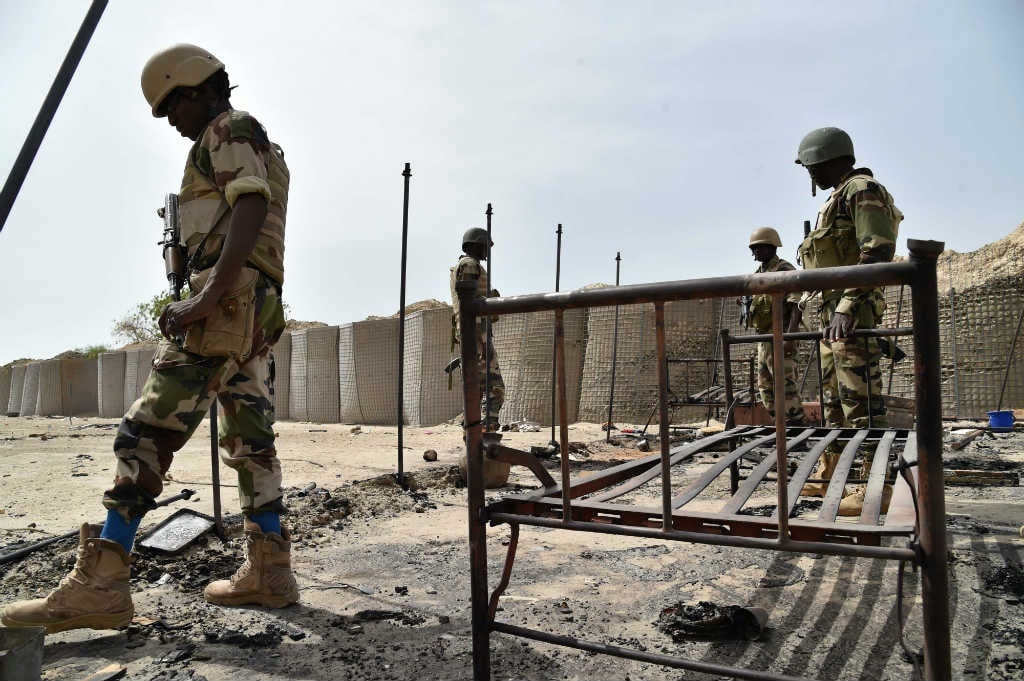 Ten migrants have been found dead in the desert in northern Niger near the Libyan border, the Nigerien defence ministry said Thursday.

A military patrol this week found "10 lifeless bodies of clandestine migrants... summarily buried in graves" some 30 kilometres from the city of Dirkou, it said, without giving a precise date.

An investigation into the cause of their death is underway, it added.

A lawmaker from the Agadez region where the incident happened told AFP that it was "very possible" that they had been abandoned by their smuggler.

Dirkou is a crossroads for the smuggling of migrants, weapons and drugs northwards into Libya and then on to Europe.

It is also home to gold mining sites that attract Nigeriens and others from neighbouring countries.

This week's discovery was just the latest in the Sahara running across parts of Libya and its southern neighbours Niger and Chad.

On Wednesday, rescuers said they had found 20 people who had died of thirst in Libya near its border with Chad.

Many West African migrants try to reach Libya in the hope of making it across the Mediterranean to a better life in Europe.

They typically flock to the Nigerien city of Agadez, where smugglers offer to take them onwards to the Libyan border.

The authorities in Agadez say it is common for vehicles transporting migrants to break down in the desert, or even for smugglers to lose their way or abandon passengers for fear of being caught. Some migrants die of dehydration, they say.

The government in Niamey adopted a law in 2015 to make migrant smuggling a crime, with sentences of up to 30 years in prison.

But a Nigerien security source said the measure had only pushed smugglers to use "new, more dangerous routes".