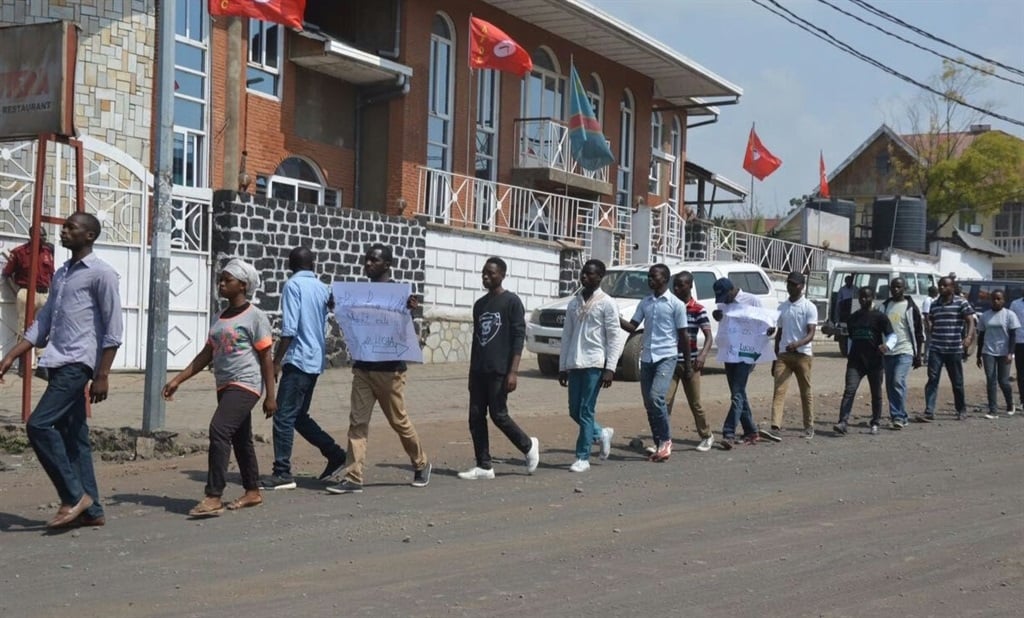 Members of movement called Lucha stage a protest in front of the governor's office after postponing of the general and presidential elections in Goma, Democratic Republic of the Congo on 21 December, 2016.
Photo by JC Wnga/Anadolu Agency/Getty Images

DR Congo's presidential election is over a year away, but political tensions are escalating in the vast and volatile country as candidates line up and fears grow the vote will be fraudulent.

Elections in the central African nation frequently turn violent, with dozens of protesters killed. They are also often criticised by observers.

But the last presidential election in the Democratic Republic of Congo, in 2018, heralded the first peaceful transfer of power in Kinshasa since independence from Belgium in 1960.

The vote was nonetheless marred by accusations of irregularities and the European Union and others cast doubt over its credibility.

Tshisekedi has declared he will stand for president again in a poll planned for late 2023.

However, fears of tampering are already stalking the electoral process, and pressures around political circles in the capital have begun to mount.

Tshisekedi's ruling coalition in the national assembly recently rejected an amendment to electoral law that would have banned politicians from distributing money during campaigns, for example.

It also struck down an effort to force the publication of votes by polling station. At present, DR Congo's electoral commission publishes a single tally of results.

Martin Fayulu, a politician who claims he was robbed of victory in the 2018 election, told AFP that if Tshisekedi wins the 2023 poll "the country will be at war".

Fayulu, along with former president Kabila, who retains swathes of popular support, have both announced that they will contest the coming election.

On 10 May, the president of the constitutional court Dieudonne Kaluba was removed from his position after a process of drawing lots for the role.

The unusual method for picking the role had never before been used in the country, and it raised suspicion the government was trying to control the court, which has the final say over disputed elections.

In November, the court under Kaluba had dropped a corruption inquiry into former prime minister Augustin Matata -- who is also running for president next year.

There are whispers of interference at the electoral commission too.

Prominent Catholic and Protestant groups in DR Congo recently criticised Tshisekedi for allegedly placing a close friend in charge of the commission, for example.

"The process does not enjoy the confidence of many people," he said, referring to the run-up to the 2023 poll.

There are also doubts about whether the election will take place next year.

The electoral commission, for example, has complained of receiving "homeopathic doses" - or insufficient funds - to organise the vote.

The DR Congo is notoriously corrupt. It ranked 169th out of 180 nations on Transparency International's 2021 Corruption Perception Index.

And far away from Kinshasa, much of the east of the nation of 90 million people is also prey to myriad armed groups and civilian massacres are a regular occurrence.