Accra - Tension was mounting in Ghana on Thursday over delays in releasing the results of a nail-biting presidential election already tainted by sporadic outbreaks of violence.

The high-stakes race between incumbent John Mahama and rival Nana Akufo-Addo is seen as a litmus test of stability for one of Africa's most secure democracies.

In its latest evening update, the country's electoral agency said that they had received preliminary results from 90 of out 275 constituencies, but only published the results for 25 of them.

Harare - Zimbabwean First Lady Grace Mugabe has been dragged to court for allegedly occupying three properties of a Lebanese businessman in a dispute over the purchase of a $1.4m diamond ring, reports said on Friday.

A Zimbabwe Independent report said that Grace together with her son Russell Goreraza have gone to war with the Lebanese gem dealer Jamal Ahmed over the  diamond ring which was meant to be Mugabe's wedding anniversary present to Grace. Mugabe knows what happened to my husband, Joice Mujuru insists

Johannesburg – Former Zimbabwean vice president Joice Mujuru, has reportedly claimed that President Robert Mugabe knows of the circumstances that led to the death of her husband, Solomon.

Mujuru said this during an interview with eNCA.

General Mujuru died in an unexplained inferno at his Beatrice farm on August 15, 2011.

"He [Mugabe] can't tell me he was not aware or he’s not aware of what happened to my husband. With what he [Mugabe] said, can he excuse himself or really absolve himself? Why did he mention those things in the first place?" the 61 year old former long-time Mugabe ally was quoted as saying. 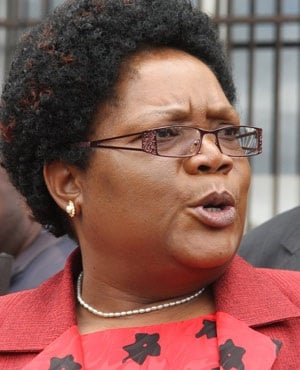 Tripoli - The bodies of scores of Islamic State group fighters have been retrieved from the former jihadist bastion of Sirte, which Libyan pro-government fighters seized this week, loyalist forces said on Thursday.

Three days after the fall of ISIS's last remaining stronghold in the north African country, forces loyal to Libya's UN-backed Government of National Accord (GNA) said "sweep and clean-up" operations in the city had discovered the bodies of 266 jihadists.

The remains were "in the streets or in houses in different neighbourhoods," a statement said. Inaugural debate for AU contenders 'to be live streamed'

Cape Town – The African Union (AU) is on Friday set to hold its first ever debate for the post of African Union Commission chair.

The debate will take place at the AU headquarters in Addis Ababa, Ethiopia, ahead of an election in January.

It would be live streamed "to the entire continent and beyond on the AU live stream link which is available on the AU website", the AU said in a statement.

News of the veteran leader's impending retirement, announced on state radio on December 2, has made front page news in Angolan newspapers all week.

We live in a world where facts and fiction get blurred
In times of uncertainty you need journalism you can trust. For only R75 per month, you have access to a world of in-depth analyses, investigative journalism, top opinions and a range of features. Journalism strengthens democracy. Invest in the future today.
Subscribe to News24
Related Links
Angola to announce President Dos Santos's successor
Zim First Lady Grace Mugabe in $1.4m diamond ring scandal – reports
Mugabe knows what happened to my husband, Joice Mujuru insists
Next on News24
Egypt begins vaccine rollout to wider population

2 bag the Daily Lotto jackpot
Full list of lottery results
Lockdown For
DAYS
HRS
MINS
Voting Booth
When a Covid-19 vaccine for under 16's becomes available, will you be taking your children to get it?
Please select an option Oops! Something went wrong, please try again later.
Yes, immediately!
38% - 3685 votes
I'll wait to see how others respond
26% - 2517 votes
No, I don't think they need it
37% - 3586 votes
Previous Results
Podcasts
PODCAST | MISSING MATTHEW EPISODE 3: Decades of false starts add to a family's despair