'We love Mugabe enough to tell him to go rest,' EFF tells Zanu-PF

Cape Town – The Economic Freedom Fighters (EFF) on Wednesday continued its assault on Zimbabwe's Zanu-PF, saying it rejected the phenomenon of "lead to the grave" that the ruling party had "created out of President Robert Mugabe".

The EFF slammed Zimbabwe's Zanu-PF led government for defending Mugabe's presidency, even when it was clear that the veteran leader could no longer deliver effectively because of age.

Cape Town – The Zimbabwe consulate in South Africa says it is "disturbed by the rate at which Zimbabweans are being duped of their hard earned money by conmen in SA", who are inviting them to the neighbouring country, promising them jobs.

According to the Chronicle newspaper, fraudsters were luring unsuspecting Zimbabweans with dubious jobs adverts to come to SA.

Zimbabwe's consul general to South Africa Batiraishe Mukonoweshuro said that they had identified one of the fraudsters as Wallace Dube. 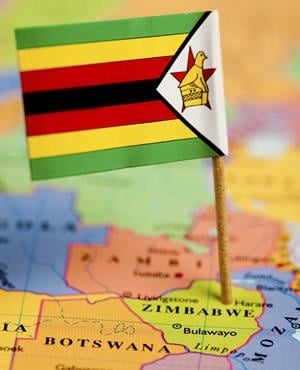 Maputo - At least 44 people are now known to have died in Mozambique as a direct result of heavy rains and strong winds since the start of the rainy season, local reports say.

With tens of thousands of Mozambicans already affected since October, more flooding has been reported in the past couple of weeks.

Here's what we know: The militants raided a village in the northeastern district of Askira Uba on Monday, firing weapons and burning buildings to the ground, Borno state police commissioner Damian Chukwu told AFP.

Casting doubt on government claims that Boko Haram is "technically defeated", the police chief said officers had been deployed in the area to forestall further attacks. Barrow returns to warm welcome as Gambia turns a page

Banjul - Jubilant Gambians on Thursday welcomed home their new President Adama Barrow, who was elected almost two months ago but forced to flee to Senegal when his predecessor refused to step aside.

Dressed in flowing white robes and cap, Barrow stepped off the plane, with heavily-armed troops from Senegal and Nigeria standing by as he flew in from neighbouring Senegal, where he had taken shelter on January 15.

We live in a world where facts and fiction get blurred
In times of uncertainty you need journalism you can trust. For only R75 per month, you have access to a world of in-depth analyses, investigative journalism, top opinions and a range of features. Journalism strengthens democracy. Invest in the future today.
Subscribe to News24
Related Links
Dlamini-Zuma speaks out on Donald Trump's administration
'We love Mugabe enough to tell him to go rest,' EFF tells Zanu-PF
Mozambique floods: Death toll hits 44, schools closed, railway line damaged
Next on News24
Hopewell Chin'ono freed on bail after latest arrest