Hichilema was arrested in April for allegedly failing to give way to President Edgar Lungu's motorcade and has so far been held in detention for nearly two months.

The incident led to the leader of the United Party for National Development being accused of endangering Lungu's life and treason charges followed.

Cape Town – South Africa has suspended imports of all poultry products from Zimbabwe after an outbreak of the H5N8 strain of bird flu was reported in the neighbouring country over the weekend.

In a statement on Thursday, the Department of Agriculture, Forestry and Fisheries’ Veterinary Services said that it was on high alert and had "heightened inspections of all consignments, including all private and public vehicles at all our ports of entry, especially in and out of Zimbabwe".

Harare - At least 43 people are feared dead after their bus veered off a road in Zimbabwe and slammed into a tree, state media in Zimbabwe is reporting.

The tragedy occurred on Wednesday night along the main highway linking Harare to the Zimbabwe-Zambia border post at Chirundu.

Al-Shabaab claims killing 61 in attack on base in Somalia

Mogadishu - The al-Shabaab extremist group is claiming the killing of at least 61 soldiers in an attack on a military base in Somalia's semiautonomous state of Puntland.

The al-Qaeda-linked group claimed responsibility for the Thursday morning attack on the base in Af Urur, near the commercial hub of Bossaso.

People with albinism 'living in fear' in Malawi

Lilongwe - Malawi's refusal to push forward with prosecuting suspects accused of attacking and killing people with albinism has left a persecuted minority on the edge, according to the Association of Persons with Albinism in Malawi (APAM).

Boniface Massah, national co-ordinator of APAM, told Al Jazeera on Wednesday that the government's failure to conclude cases demonstrates that "security has not improved", leaving the estimated 10 000-strong community vulnerable and anxious. 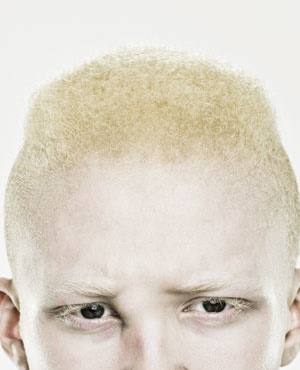 Maiduguri - Residents of a Nigerian town say dozens of fighters for the Boko Haram militant group attacked the outskirts of Maiduguri as Muslims were breaking their Ramadan fast.

People reported deafening gunfire and explosions late on Wednesday around the time families gathered to eat. We live in a world where facts and fiction get blurred
In times of uncertainty you need journalism you can trust. For only R75 per month, you have access to a world of in-depth analyses, investigative journalism, top opinions and a range of features. Journalism strengthens democracy. Invest in the future today.
Subscribe to News24
Related Links
SA suspends import of poultry products from Zim over bird flu
Zim bus veers off road, slams into tree… at least 43 feared dead - reports
Al-Shabaab claims killing 61 in attack on base in Somalia
Next on News24
Covid-19: African Union secures additional 400 million vaccine doses

3 bag R139K in the Daily Lotto jackpot
Full list of lottery results
Lockdown For
DAYS
HRS
MINS
Voting Booth
How has the delay in schools' opening impacted your life?
Please select an option Oops! Something went wrong, please try again later.
It's a disaster! We're struggling to manage work and kids at home
42% - 2824 votes
It's a struggle, but we learnt lessons from last year's closures
20% - 1325 votes
It's a relief, this second wave is bad and kids need to be at home
39% - 2645 votes
Previous Results
Podcasts
PODCAST | MISSING MATTHEW EPISODE 3: Decades of false starts add to a family's despair