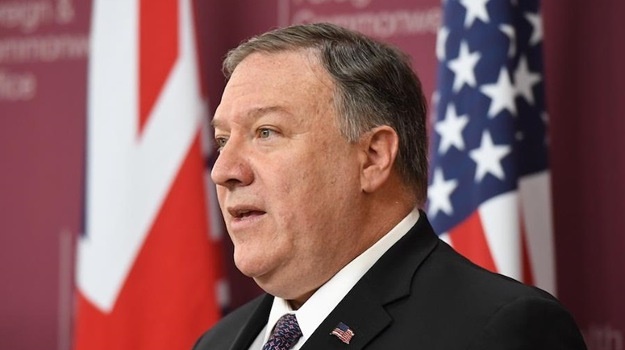 Tel Aviv – US Secretary of State Mike Pompeo on Tuesday left Israel for Sudan, the next stop on his regional tour, on the first official direct flight from Tel Aviv to Khartoum.

Video released by the US embassy in Jerusalem showed an official greeting Pompeo as he walked onto the plane, saying "You are now on a historic flight", and the top US diplomat nodding in agreement.

Israel and Sudan do not have diplomatic relations and, barring a last-minute route change, it would be the first such non-stop flight, US officials said.

Israel has regular commercial flights to Egypt, Sudan's northern neighbour, with which it signed a peace agreement in 1979.

Pompeo's trip, also taking in Bahrain and the UAE, comes in the wake of the 13 August announcement of a US-brokered normalisation of relations between the Emirates and the Jewish state.

Speaking in Jerusalem on Monday, both Pompeo and Israeli Prime Minister Benjamin Netanyahu said that they were hopeful other Arab states would follow suit.

Israel is also technically at war with Sudan, which for years had supported hardline Islamist forces, but which is turning its back on the era of strongman Omar al-Bashir who was ousted last year.

We live in a world where facts and fiction get blurred
In times of uncertainty you need journalism you can trust. For 14 free days, you can have access to a world of in-depth analyses, investigative journalism, top opinions and a range of features. Journalism strengthens democracy. Invest in the future today. Thereafter you will be billed R75 per month. You can cancel anytime and if you cancel within 14 days you won't be billed.
Subscribe to News24
Related Links
WHO chief says comments questioning his independence 'untrue and unacceptable'
US Secretary of State Mike Pompeo accuses Iran of trying to 'foment terror' during pandemic
Pope calls for dialogue between Egypt, Ethiopia and Sudan over Nile dam
Next on News24
WATCH | All the latest news videos from around Africa

Here are the Daily Lotto numbers
Full list of lottery results
Voting Booth
Have you and your family been counted in Census 2022?
Please select an option Oops! Something went wrong, please try again later.
Yes
47% - 3572 votes
No
53% - 3995 votes
Previous Results
Podcasts
PODCAST | The Story: How one incident at Stellenbosch University sheds light on deeper issues