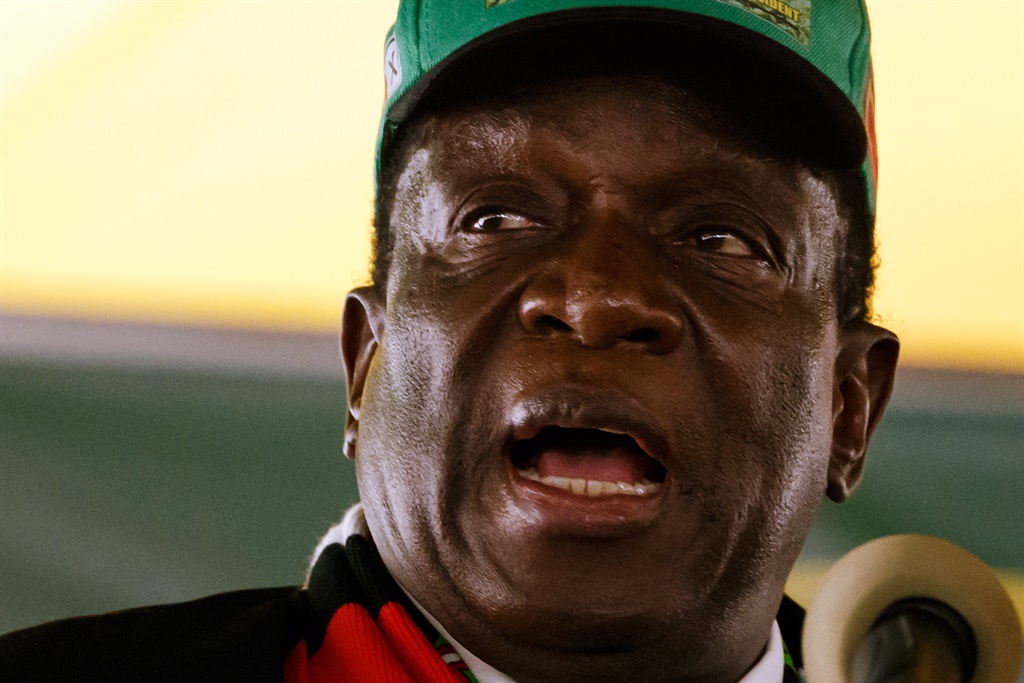 Zimbabwe's president Emmerson Mnangagwa said on Friday that a report probing deadly election violence when soldiers opened fire on protesters would be released next week.

The shootings triggered international outrage and undermined Mnangagwa's attempts to present the July election as a fresh start for Zimbabwe after the brutality of his predecessor Robert Mugabe.

Addressing the ruling Zanu-PF party's annual conference, Mnangagwa deplored the protests, which he has blamed on the main opposition Movement for Democratic Change (MDC) party.

"I have since received the report of the commission of inquiry and will be making it public next week," Mnangagwa said, adding that he and his two deputies were analysing the report written by a panel that he instituted.

Six people were killed and several others were wounded when soldiers opened fire on August 1 at protesters demonstrating in Harare against delays in announcing the vote results.

Officials previously said the report might not be published.

Witnesses including opposition politicians and relatives of the deceased gave testimonies to the inquiry, which has been accused of being a whitewash.

Army commanders told the commission that soldiers did not fire at protesters, drawing widespread criticism.

At the first Zanu-PF conference since the July 30 elections, Mnangagwa also ruled out a unity government with MDC leader Nelson Chamisa, who says he won the election.

"We were given a mandate to govern for the next five years. Full stop... no government of national unity," Mnangagwa said in Esigodini, outside the second city of Bulawayo.

Last month he said the former president, 94, who ruled for 37 years, was now unable to walk and had been receiving treatment in Singapore.

Mugabe was due to return home two weeks ago, but his whereabouts is not known.

Mnangagwa has vowed to revive Zimbabwe's ruined economy and attract foreign investors, but shortages of fuel, bread and daily essentials in recent months have exposed the country's dire financial situation.

Under the theme "Zimbabwe is open for business", about 6 000 delegates wearing party regalia emblazoned with Mnangagwa's portrait chanted slogans supporting the president.

We live in a world where facts and fiction get blurred
In times of uncertainty you need journalism you can trust. For only R75 per month, you have access to a world of in-depth analyses, investigative journalism, top opinions and a range of features. Journalism strengthens democracy. Invest in the future today.
Subscribe to News24
Related Links
Zanu-PF 'unanimously endorses' Mnangagwa for 2023 elections – reports
'We aren't interested in coalition talks with opposition,' says Zim VP
Motlanthe 'offers to help end Zimbabwe's political impasse' – report
Next on News24
Zimbabwe air force helicopter crash kills child and 3 crew