Mnangagwa - himself a war veteran - called for them "to go out full throttle in our huge numbers and campaign for a thunderous victory."

"We must win the hearts and minds of our people," he said, addressing about 5 000 veterans in the capital Harare.

Mnangagwa also pledged to improve the welfare of veterans by increasing their monthly allowances from the current $206.

Zimbabwe's past elections have been marred by violence and fraud.

But Mnangagwa, 75, has vowed to hold a free and fair vote that would boost his efforts to re-engage with international donors and bring in much-needed foreign investment.

Mnangagwa is a long-time Zanu-PF veteran who was one of Mugabe's closest allies before they fell out last year.

At the polls, he will face opposition leader Nelson Chamisa, 40, of the Movement for Democratic Change (MDC), who took over his party's leadership after the death of Morgan Tsvangirai. 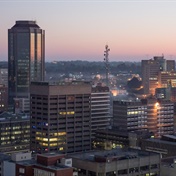 Here are your Lotto and Lotto Plus results
Full list of lottery results
Lockdown For
DAYS
HRS
MINS
Voting Booth
South Africa has over 150 000 Covid-19 cases. Do you know someone who has been infected?
Please select an option Oops! Something went wrong, please try again later.
Yes I do
27% - 2941 votes
Yes, more than one person
24% - 2661 votes
No I don't
49% - 5348 votes
Previous Results
Podcasts
PODCAST | THE STORY: Delays remain the name of the game for Zuma’s corruption case