6 ways to spot trolls, tricksters and other underminers of democracy 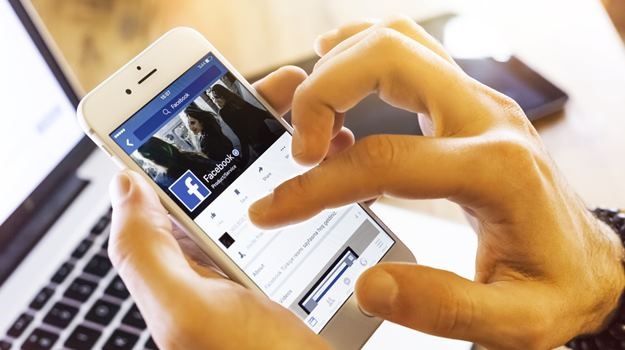 Sometimes it feels like there is not a whole lot that we can do about the lying devious scum who seek to undermine our democracy. It can feel overwhelming and that the nefarious forces will always win, but fear not, there are a few things that we can do.

To begin with, we can ensure that we are all equipped to help spot the tricks of the democracy under-miners. For this, Media Monitoring Africa (MMA) have identified the 6 Ds of Democracy Under-Miners (or DUMers, for short).

So, next time you are on social media and you see a person in power under pressure, play the 6 D game and see how many tactics of DUMers you can spot.

READ: Fighting fake news and disinformation ahead of the election

It should be noted that many of the 6 Ds are used together, but the simple rule is: if you spot even a handful of these elements then you should be very sceptical about that content and even more careful about sharing it.

A key technique of DUMers is to make sure that you don't see the real issue. They will therefore make sure that they put out another scandal, or that they hit on another emotive hot button issue like race. They will always deflect using a topic that resonates with most people.

The WMC (White Monopoly Capital) hashtag is powerful and gained so much traction because it resonates with the reality faced by so many South Africans. The issues raised by DUMers, though, are simply an attempt to deflect attention away from themselves and from their own internal shenanigans.

Think Trump: he is always talking about "building a wall" to keep out an invasion of Mexican people who he paints as rapists, traffickers and drug lords, rather than helping to resolve some of the key criticisms of his administration.

It's often not enough to deflect – that is why DUMers also love to disinform. That is, they like to deliberately spread false information and to cause harm. Think here of those who attack and undermine the integrity of respected journalists by suggesting that they are former apartheid agents or spies.

Attempts to disinform are almost always levelled at the person who is seeking to hold those in power accountable. A tell-tale sign of this is that statements are often supported by "whataboutism" where DUMers will say "well, what about this journalist who always harasses politicians? What about their history and their finances?"

One of the more scumbag tendencies of DUMers is that they tend to attack the messenger, and harass them personally, and if the messenger is a woman even better. Look for examples where a female journalist has been denigrated about her appearance, or suggestions are made that she is a slut or that she deserves some kind of violence (including rape or assault).

Accusations of this kind should be ignored in their totality. No person deserves to be attacked violently simply for doing their job.

DUMers seldom travel alone. They usually have minions, some who are real and some who are bots (automated accounts) who will eagerly attack anyone who "attacks" their leader. Here think of accounts that have no real history with names that seem made up.

These accounts tend to have only a few followers, and if you look at what they post, they tend to post only about certain issues and often tweet from a small circle. These accounts don't engage critically – instead they just echo their leaders' rhetoric, or heighten tensions online. However, some trolls are real people, but their echo chambers are so small that there isn't space for even an echo in their empty heads.

DUMers know that they need to undermine credible media. Why? Because journalism is one of the few entities that will seek to expose their wrong doing. DUMers will consistently seek to attack credible media not because they have a principled argument against them, but simply because if they can sow doubt about the information being put forward by journalists then they have achieved half their objective.

For more tips over the elections period follow @mediamattersza and let us know when you spot the 6 Ds being used.

We live in a world where facts and fiction get blurred
In times of uncertainty you need journalism you can trust. For 14 free days, you can have access to a world of in-depth analyses, investigative journalism, top opinions and a range of features. Journalism strengthens democracy. Invest in the future today. Thereafter you will be billed R75 per month. You can cancel anytime and if you cancel within 14 days you won't be billed.
Subscribe to News24
Related Links
Afrikaans, racism and education – it's time to talk
Fighting fake news and disinformation ahead of the election
Next on News24
EXPLAINER | What is monkeypox? A microbiologist explains what’s known about this smallpox cousin