Helen Zille has always been abrasive.

As leader of the DA after Tony Leon and before she was succeeded by Mmusi Maimane, she engineered the exponential growth in support for the party and acted as a counterweight to the corrupted government of then president Jacob Zuma.

This she did by being forceful and forthright, by dominating internal debates and the party's decision-making processes, and being as hard as teak during internal and external political combat.

The post-Leon, modern DA was therefore moulded and shaped by Zille: its machinery, its conventions and strategy were her creation. And it was she who tried to ensure pax Zillana with the installation of Maimane as party leader, nominally stepping back but leaving behind structures and a framework which sought to ensure that the party stayed on the trajectory which she set.

And when she returned, she oversaw the acrimonious dismantling of the Maimane leadership before launching herself into the party's internal conflicts ahead of its leadership election later this year. This she did with one goal in mind: reclaiming her party and resetting its political compass.

Zille's drive is fuelled by her intense frustration with the direction the party took after she stepped down as leader in 2015. Maimane attempted to change tack after Zille left, but the DA struggled to remain coherent and intact following the surprises of the August 2016 municipal election and the ousting of Zuma in February 2018.

It battled to navigate council politics in Tshwane and Johannesburg, taking a series of questionable decisions (its voters were unhappy with its cynical pact with the EFF) and it was unable to adapt to the prevailing feeling of Ramaphoria after Zuma's removal. This was followed by the DA's worst showing in a national election since 1994, where it was caned by voters and deserted by its tiny black support base.

Into this void a newly fired-up Zille stepped, first being elected chairperson of a branch in Bloubergstrand in the Western Cape in September 2019, and then making a full-blown return to national politics after her elevation to the position of chairperson of the DA's federal council weeks later, which precipitated a wholesale purge of the party's leadership.

It is common cause that she believed the DA to have become unmoored from its guiding principles, liberal or otherwise, in the Maimane years. The DA, she argued, was trying to become everything to everyone, looking to pick up cheap votes by pandering to whatever fad blowing through Twitter.

Her frustration with her party and its leadership saw her becoming increasingly aggressive to all-comers, relishing skirmishes on social media and jousting with anyone who dared to cross her.

The DA have been powerless to censure her and its attempts at engaging her have been weak. Maimane, stern faced, once sat next to her at a press conference where she reluctantly apologised over her Singapore-colonialist tweets, but apart from that, the party has been demonstrably afraid to act against her.

There have, in effect, been no consequences even though many on the inside agree that her statements have done enormous damage to the party and its prospects. Many in the DA, especially since she's returned to a position of power, are simply too afraid to resist her.

In the short, uncomfortable hiatus after she stepped down from the premiership of the Western Cape and before her return to the party leadership, she also launched a YouTube channel in which she attempted to settle scores with some of her critics over the years, starting with journalists, many with whom she has had a testy relationship in the recent past.

But headstrong and determined politicians are often like that. They don't like to be challenged and once they've set course according to a particular ideology or political philosophy, they are difficult to convince otherwise.

Zille's bombast, however, is going to cost the DA.

Her statements about apartheid – saying that there are now more race-based laws than before 1994 – weren't only plain wrong, it revealed the extent of her retreat into the orbit of right-wing conservatives (and their organisations) where nuance, historical accuracy and modern context is reduced, mangled and omitted. And where antagonism towards the democratic, post-1994 project remains just beneath the surface.

Her abrasiveness and dogma around race, apartheid and history won't help the DA and it is clearly causing deep rifts in the party, with the first signs of a looming civil war starting to emerge. And her approach remains puzzling given her history as a journalist and later, as a politician.

Zille was a formidable leader in a time in which the country needed a strong opposition.

But she's become a liability to a party that has made some significant mistakes in the recent past and can ill-afford to fight the battles she chooses for it.

It might well be time, like DA representative Mbali Ntuli tweeted, to thank her for her service and send her on her way.

It is doubtful, however, that Zille will agree to fade away.

Related Links
Mbhazima Shilowa | Zille is entitled to her own opinions - but not to her own facts
Steenhuisen says Zille's tweets on apartheid not truthful
Zille says there are more racist laws today than under apartheid - we compared them
Share
Next on News24
FIRST TAKE | Tired Mboweni cites Bible, warns of apartheid economics in futile quest for economic prudence 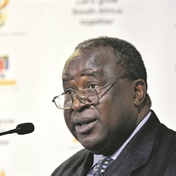 Here are your Lotto and Lotto Plus results
Full list of lottery results
Lockdown For
DAYS
HRS
MINS
Voting Booth
South Africa has over 150 000 Covid-19 cases. Do you know someone who has been infected?
Please select an option Oops! Something went wrong, please try again later.
Yes I do
26% - 1792 votes
Yes, more than one person
24% - 1694 votes
No I don't
50% - 3469 votes
Previous Results
Podcasts
PODCAST | THE STORY: Delays remain the name of the game for Zuma’s corruption case