Anthony Turton: A tsunami of human waste inundates our rivers and dams, and it's a security issue 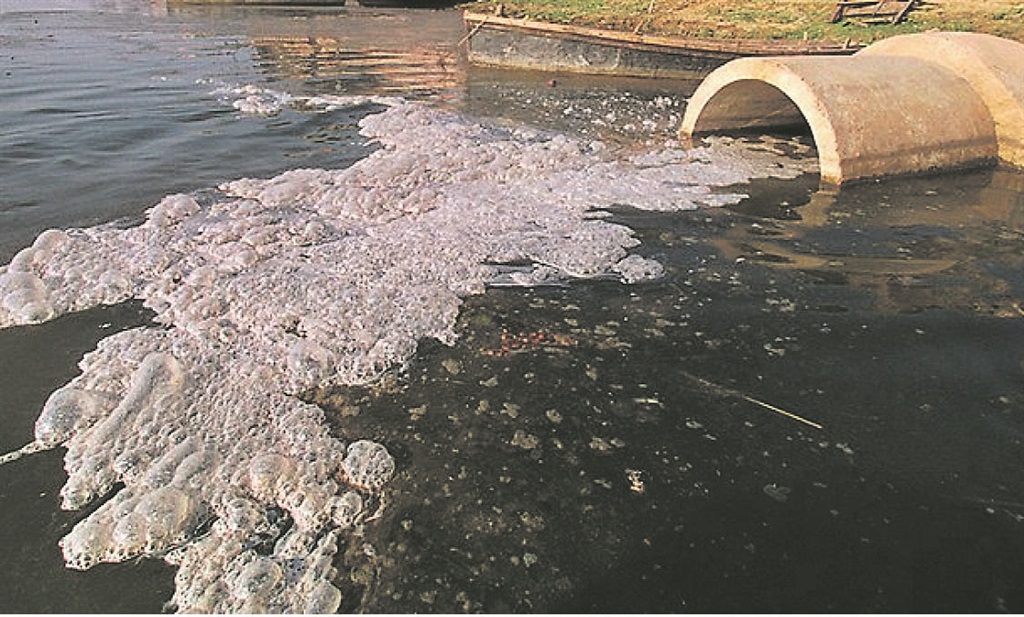 The appearance of typhoid in parts of the country, highlights the issue of our failing sewage infrastructure. We can no longer simply accept that incompetent politicians can muddle their way through a growing crisis, writes Anthony Turton.

The recent news has been dominated by so many things that the noise has drowned out an important signal. That small signal is the announcement by the NICD that typhoid has been identified in parts of the country, so the prudent approach is to boil the water coming from taps.

While this is a significant development, it needs to be placed into context. For starters, the NICD is a credible institution, so anything they say must be taken seriously. This issue brings three critical factors into clear focus. Let us unpack each of these in order to gain a greater perspective.

The issue of trust

The first is the issue of trust.

This is a global phenomenon, most notably associated with social media, that has enabled each person to theoretically have access to the entire quantum of our cumulative knowledge as an apex species on planet earth. In an instant, each person has the capacity to become an expert on a given topic.

We have seen this playing out in the Covid-19 space, most notably as the efficacy of the vaccination programme has been questioned. While it is great that so much information is available to everyone instantly, it is also a problem because unless the individual is trained to filter out the noise, they are rapidly overloaded with stuff that causes them to panic.

In South Africa, this has an added dimension, driven by the findings of the Zondo Commission, which in general indicate a severe trust deficit between government and the general population.

Seen in this light, it is highly likely that the typhoid issue will fall directly into that chasm of trust and serve to widen it even further. This needs to be dealt with in our collective best interest, because panic constructively serves nobody. Therefore, the first part of my core message is that we must avoid the urge to become instant experts by deferring the scientific facts to the scientific professionals. Sadly, science has been a victim of this trust deficit, so my voice might be lost in the howling gale of discontentment.

The problem of deteriorating water quality

The second is the problem of deteriorating water quality.

In this regard, we are on absolutely solid ground because we know – without fear of contradiction – that our water quality has been on a downward trajectory for some time. If we are looking for a pivotal moment, we might consider the acid mine drainage decant that first hit the public attention in 2002.

Amid a flurry of activism and a media frenzy, we have the sad reality, two decades later, that absolutely nothing has been done about this matter.

Highly acidic mine water, rich in a dissolved cocktail of metals that include uranium, arsenic, cadmium, and mercury, have continued to flow into our rivers and dams in mining areas of the country. But more importantly, we have also witnessed the systematic collapse of our wastewater infrastructure, which has accelerated over the past decade; this is best epitomised by the unsuccessful attempt of the SANDF to prevent the flow of raw sewage into the Vaal River at Emfuleni.

Two billion rand later, we are no closer today to finding a solution than we were a decade ago. The numbers are staggering. As a nation, we produce over five billion litres of raw sewage every day. The latest credible calculation of that flow indicated that about 4,2 billion litres were being discharged daily into our rivers in an untreated format. That represents a tsunami of human waste inundating our rivers and dams, without respite, for more than a decade.

This is probably our biggest single challenge as a nation.

In my professional opinion, this is a national security issue, because it impacts negatively on the lives of each citizen daily. It is destroying the economy from within by damaging the health of the individual, without them even knowing about it.

You see, in sewage, return flows, we find every substance that is ever dispensed in the retail sector. Think of the pharmaceutical industry. Imagine how much medication is sold each day by major pharmacies countrywide. Every item sold ends up in the sewage stream in a partially metabolised format. These include antibiotics, antiretrovirals, antidepressants, oestrogen used for contraception, and Viagra used to keep an aging population happy. So, we need to think of the sewage streams being discharged into our rivers and dams as thousands of tons of medication, still viable even in its partially metabolised form, to which we are exposing trillions of pathogenic microbes that are flourishing in the warm nutrient-rich waters.

It is happening right before our eyes. Simply think about this logically and draw your own conclusion if you choose to mistrust science for reasons of your own. Does it make sense to allow the discharge of more than four billion litres of sewage daily into our rivers and dams, without anticipating some form of unintended consequence?

Our ability to cope as a nation

The third is the issue of our ability to cope as a nation.

Here is where it gets really interesting, because at the very time when we are facing multiple risks to our economic well-being – Covid-19, unemployment, capital flight, energy crisis, corruption, to name but a few – we also need to be at our peak performance when it comes to finding solutions.

We can say, with a high level of confidence, that our capacity to reach consensus on the way to solve the complex problems we are facing, is probably at an historic low (and deteriorating). In fact, we can say that there is an inverse relationship between our need to find consensus on a viable way ahead, and our capacity to generate the very consensus on which our survival as a species depends. This sounds a little dramatic, but I am using it to illustrate the point that globally, our capacity to unite in the face of a single common threat – climate change – is being eroded by many forces. These include the deficit of trust in government (point one noted above), the growing mistrust of science (exacerbated by the Covid-19 pandemic and the manifest as social pushback from the anti-vaxxers and the climate change denialists), and the increased sense of helplessness that each person is confronted with.

All of these are manifested in the typhoid issue. While typhoid is clearly a bad thing, we need to place it in context. Just as the Covid issue has shown us, the fatalities are relatively few, and while tragic to the individual families impacted, seen through the lens of logic and reason, this is not a show-stopper.

What it does is highlight the issue of our failing sewage infrastructure. We can no longer simply accept that incompetent politicians can muddle their way through a growing crisis. We have to hold them accountable. We must convert the rising sense of rage into the high-octane rocket fuel of change.

We need to say enough is enough.

Now is the time that we demand technically competent people be appointed into specialist jobs, and then held fully accountable. We need to depoliticise the deployment of cadres, for that policy has brought us the failing infrastructure we see in Eskom, PRASA, municipal wastewater systems, and many other failed SOEs.

In the face of the typhoid outbreak, we need to renew our trust in science and wake up and smell the coffee by realising that we cannot simply discharge billions of litres of acidic mine water and raw sewage into our rivers and dams, without encountering unintended consequences. Those consequences might just be deadly.

- Prof Anthony Turton is an Affiliated Professor in the Centre for Environmental Management at the University of the Free State (UFS). He specialises in strategic planning, transboundary water resource management, policy and institutional issues, conflict resolution (mitigation), political risk assessment for large infrastructural projects, and research programme design. He is also the Director of Nanodyn Systems Pty Ltd.

Disclaimer: News24 encourages freedom of speech and the expression of diverse views. The views of columnists published on News24 are therefore their own and do not necessarily represent the views of News24.
We live in a world where facts and fiction get blurred
In times of uncertainty you need journalism you can trust. For 14 free days, you can have access to a world of in-depth analyses, investigative journalism, top opinions and a range of features. Journalism strengthens democracy. Invest in the future today. Thereafter you will be billed R75 per month. You can cancel anytime and if you cancel within 14 days you won't be billed.
Subscribe to News24
Next on News24
EXPLAINER | King Misuzulu and Prince Simakade: Who is the king of the Zulu nation?