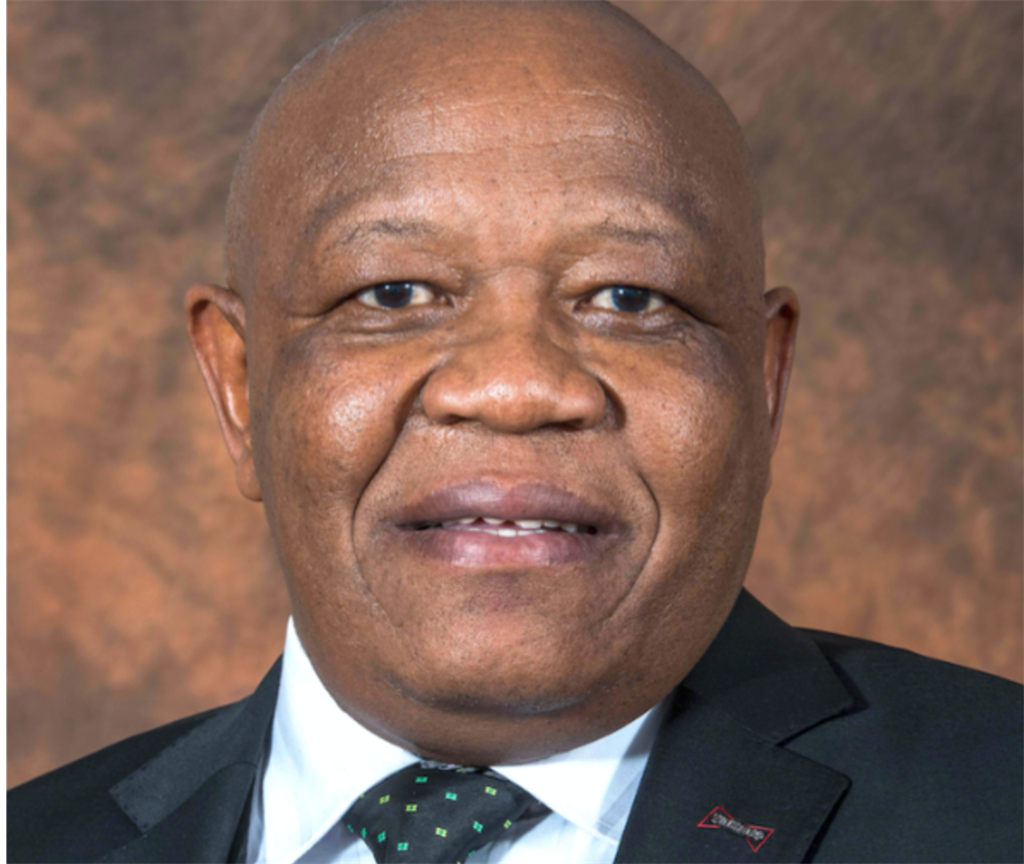 Kegakilwe, 53, was immediately put on oxygen, and a decision was taken on Monday morning to transfer him to a medical facility in Klerksdorp - a two-and-a -half hour drive from Vryburg.

He died on arrival at the hospital, News24 reported.

"He suffered a cardiac arrest and despite all the efforts by the medical personnel, he succumbed and lost his life," Mokgoro said. Funeral arrangements have not yet been made.

Here’s what you need to know about Kegakilwe, who was tasked to turn around governance in North West:

Kegakilwe was born in the Vryburg area, and was a qualified teacher

Kegakilwe was born in the Vryburg area, and still lived there, Netwerk24 reported. He was a qualified teacher, who also lectured teaching at a college in the area.

He was an avid advocate for tertiary education, and on several occasions tried to create study opportunities for people.

He was a long serving ANC-member

Kegakilwe served as municipal manager for the Kagisano Molopo-municipalities in North West, before he moved into executive functions in the state.

ANC national spokesperson Pule Mabe said in a statement that Kegakilwe served the organisation in various capacities, including as a provincial deputy secretary and as a regional chairperson for the Dr Ruth Segomotsi Mompati region.

Kegakilwe was also serving in the Interim Provincial Committee established by the National Executive Committee to rebuild ANC structures in the North West, News24 reported.

Mokgoro said Kegakilwe "had distinguished himself as one of the finest to have come from the ranks of the governing African National Congress and a tried and tested leader".

He was tasked to turn around governance in the North West

Kegakilwe was appointed as Cooperative Governance and Traditional Affairs MEC after the 2019 general elections, and was tasked with turning around struggling municipalities in the province, News24 reported.

"We had engaged MEC Kegakilwe late last year and he had committed to ensuring that municipalities in the North West that were placed under Section 139 of the Constitution are returned to functionality for the benefit of the people of North West," Dodovu said in a statement.

Cooperative Governance and Traditional Affairs Minister Nkosazana Dlamini-Zuma said the MEC "understood the importance of the portfolio and carried out its responsibilities with dignity".

"MEC Kegakilwe was passionate about the issues affecting the poor and the most vulnerable section of the population. He was a committed activist who has served the province in various roles before his appointment as the MEC role," she said.

"During his tenure, he played an important role to ensure that his department is able to deliver on its mandate. He was able to lead effective planning [and] coordination and supported the development of habitable integrated human settlements.”

Kegakilwe was respected by the opposition

The Democratic Alliance’s (DA) North West spokesperson on cooperative governance, Freddy Sonakile, said in a personal and professional capacity he shared many platforms with the MEC and on several occasions engaged in robust debates.

"MEC Kegakilwe will be remembered as a reserved and respected individual who carried no grudges and made room for opposition to air their views without fear," Sonakile said in a statement.

"The MEC's absence will be felt by those who stay behind. May the memories of him bring comfort to his loved ones in this trying time."

Netwerk24 reported that Kegakilwe leaves behind his wife and three children. His youngest child is in high school, while the other two are young adults.

Related Links
EXPLAINER | What we know about plans to bring back Gauteng's hard lockdown
EXPLAINER | After the furore over the eviction of a naked man, here's a look at two sides of the...
EXPLAINER | What the VBS report says about re-instated ANC members Danny Msiza, Florence Radzilani
Share
Next on News24
ANALYSIS | Feeling hopeless and lonely: The impact of Covid-19 on adolescents