EXPLAINER | A timeline of Zuma’s relationship with the Zondo commission Former president Jacob Zuma made headlines on Monday when he asked commission of inquiry into state capture chairperson Deputy Justice Raymond Zondo to recuse himself due to his "biased disposition" towards him.

In a letter drafted by his legal team, Mabuza Attorneys, Zuma said he was of the view he had been "targeted" by the commission.

Zuma has missed at least three scheduled appearances, citing, among others, ill health.

There’s more to this story
Subscribe to News24 and get access to our exclusive journalism and features today.
Subscribe
Already a subscriber? Sign in
Next on News24
Karyn Maughan | Struggling for legitimacy: Why police should have stopped Clicks, Senekal violence 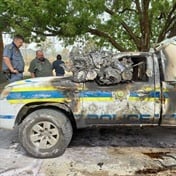 Sweet Sunday for 2 Daily Lotto players
Full list of lottery results
Lockdown For
DAYS
HRS
MINS
Voting Booth
Who do you think is going to win the 2020 US election?
Please select an option Oops! Something went wrong, please try again later.
Biden is going to take it
47% - 7778 votes
It's four more years for Trump
53% - 8926 votes
Previous Results
Podcasts
PODCAST | POLITICS UNMUTED: Money for nothing, but how do we correct the corruption ship?