FIRST TAKE | Pampered and protected: Ramaphosa is going to have to open himself up to questions There is no tradition in South Africa of presidents addressing regular, unscripted and unsanitised press conferences.

In many democracies across the world, heads of state regularly engage with the press. This they do as part of convention and tradition which recognises that answering ad hoc questions in a formalised manner serves to enhance and strengthen democracy.

By facing up to journalists, leaders help forge trust, accountability and transparency.

When they answer questions, including the difficult ones they would prefer not to, it creates trust between elected officials and the public who elected them and illustrates not only a commitment to public service, but also gives assurance that they take their work seriously.

It also ensures accountability, because in a functional political environment politicians will understand that the media will always ask about relevant issues of the day, which means they can’t dodge matters of importance and that they need to do their job.

And lastly, by enabling journalists to interrogate politicians, a culture of transparency is created where skilled questioners can probe and insist on answers to issues on the national agenda and in the public interest.

This is done by the media, not for their own sake, but as part of the democratic construct, within the framework and architecture of a system of checks and balances on behalf of the public.

President Cyril Ramaphosa does not take questions. He doesn't address press conferences. He rarely, if ever, grants interviews.

His phalanx of protectors and spokespersons sometimes let through questions during public events or when he's doorstopped, but that's about it.

On Sunday, he had one of his regular "engagements" with the South African National Editors' Forum. The event was set down for two hours between 14:00 and 16:00, after consultation between Sanef and the Presidency.

It started late, but had a "hard stop" at 16:00. In between Ramaphosa delivered a monologue (which finished well after 15:00) and eight journalists asked questions.

In his address, Ramaphosa spoke of the impact of Covid-19 on the country. He spoke of the need for a type of economic "patriotism" and for the need to transform an economy steeped in racism and colonialism.

He also spoke extensively about the mooted National Health Insurance system, the pillars of which are being erected as we speak. He spoke of the dire shortage of intensive care beds and how he was going to prioritise it.

Ramaphosa also said he felt quite "gung-ho" about the future of SAA, adding he foresaw a good future for the airline and the aviation industry.

#PresidencySanef Ramaphosa says he is gung-ho over the future of the new airlines to rise from the ashes of SAA.

It might sound, on the face of it, that it was a fruitful and in-depth engagement.

Yes, Ramaphosa delivered some good soundbites and made some interesting revelations (China will, after his discussions with President Xi Jinping, donate millions of test kits, millions of masks and thousands of ventilators to Africa). He also, more than once, repeated that government’s decisions are rooted in science and that it would continue to be defer to scientific advice going forward.

But the event was a limited and tightly managed exercise which did little to assuage the perception that it was but a box-ticking exercise in Ramaphosa’s eternal quest for social compacts and consensus.

Ramaphosa does not address press conferences. He does not face journalists in a setting where they can ask questions – and follow-ups – for 60 or 90 minutes or more.

All the questions asked by the eight journalists were relevant, and deserved follow-ups. But there were were a myriad of issues that emerged from his monologue that deserved to be probed.

The implementation of the NHI (seemingly by stealth), transformation and a new "economic patriotism", the dire shortage of ICU beds, and the "massive infrastructure build" all needed deeper scrutiny.

But at around 15:30, Ramaphosa’s spokesperson Khusela Diko, after the first round of three questions, cautioned that "his excellency" needed to move on at 16:00. Considering that the event started late and that Ramaphosa spoke until well after 15:00, little time was left for any meaningful sparring.

Ramaphosa, sitting in front of a presidential emblem reminiscent of the "Seal of the President of the United States", did however make two undertakings to the media.

President Cyril Ramaphosa has admitted that the country's hospitals still need thousands of ICU beds to deal with the peak of the Covid-19 outbreak | @AdriaanBasson https://t.co/awQfKdkV5G

The first, that granular data about infections in regions, districts and wards would be made available to the media for reporting and analysis (it is extremely difficult extracting data from the Department of Health, the National Health Laboratory Service and the National Institute for Communicable Diseases).

The second, that he will henceforth be answering questions from the media after delivering national addresses.

It will be extremely difficult to hold him accountable for these undertakings.

At the beginning of the event, Rampahosa said it was originally scheduled for March and that he would have preferred it to be over dinner so that he too could ask questions of the editors.

Ramaphosa should rather save on the Presidency’s entertainment allowance, cancel the dinner and commit to regular press conferences where proper questions and follow-ups can be asked and answered.

It can only strengthen trust, accountability and transparency.

Related Links
FIRST TAKE: A semblance of normality beckons at Level 3, but SA’s biggest problems remain
FIRST TAKE: Vague and uncertain Ramaphosa misses chance as lockdown is set to unravel
FIRST TAKE: Weakened state set to encroach on South Africans’ lives for much longer
Share
Next on News24
EXPLAINER | 5 things you need to know about MEC Kegakilwe who died after short Covid-19 battle 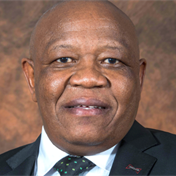 One person bags R343k in the Daily Lotto jackpot
Full list of lottery results
Lockdown For
DAYS
HRS
MINS
Voting Booth
Have you gone out to eat a restaurant since restrictions have lifted?
Please select an option Oops! Something went wrong, please try again later.
Yes I have
13% - 782 votes
No, but I plan to
16% - 952 votes
No, and I don't plan to
70% - 4085 votes
Previous Results
Podcasts
PODCAST | THE STORY: Will removing statues representing oppression remedy ills of the past?