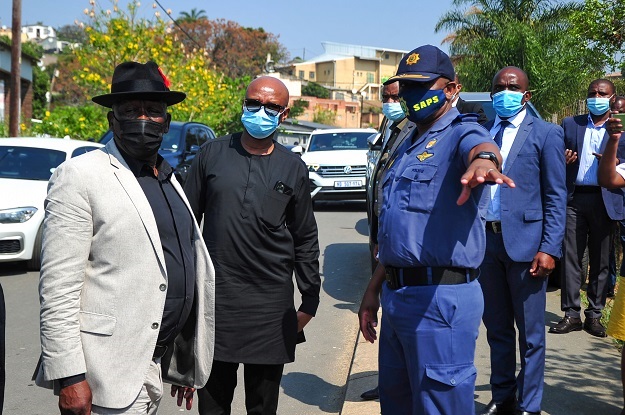 Minister of Police, General Bheki Cele with State Security's Zizi Kodwa at the scene of the crime where three people were killed in Inanda.
Gallo Images/Darren Stewart

Concerns have been raised that there may be an increase in political killings in KwaZulu-Natal in the run-up to the local government elections in November.

This as three women were killed and several injured when a black Opel Corsa bakkie drove past an ANC branch at a school in Inanda and opened fire on Saturday.

The province has long been associated with deadly political battles leading up to elections as different factions attempt to gain power.

Support independent journalism
Subscribe to News24 for just R75 per month to read all our investigative and in-depth journalism. You can cancel any time.
Subscribe
Already a subscriber? Sign in
Next on News24
Ebrahim Fakir, Molebogeng Mokoka, Euston Witbooi | The ups and downs of the municipal poll