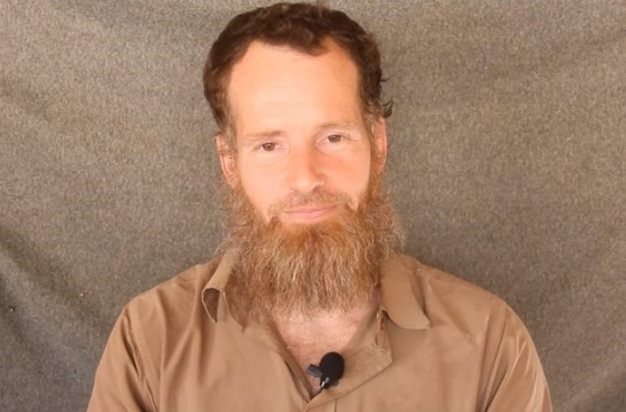 Screengrab of a captive Stephen McGown in a video Al-Qaeda.

The South African, who was taken captive by Al-Qaeda while he was touring Mali in west Africa in 2011, Stephen McGown, says if South Africa gets involved in the Muslim insurgency in northern Mozambique, the country will surely face a terrorist attack. He shares the unshakeable belief that kept him alive during his nearly six years in captivity, and the lesson he believed he had to learn.

An animated McGown's smile falls away, and his tone softens. He stares at his hands while rubbing his thumbs together.