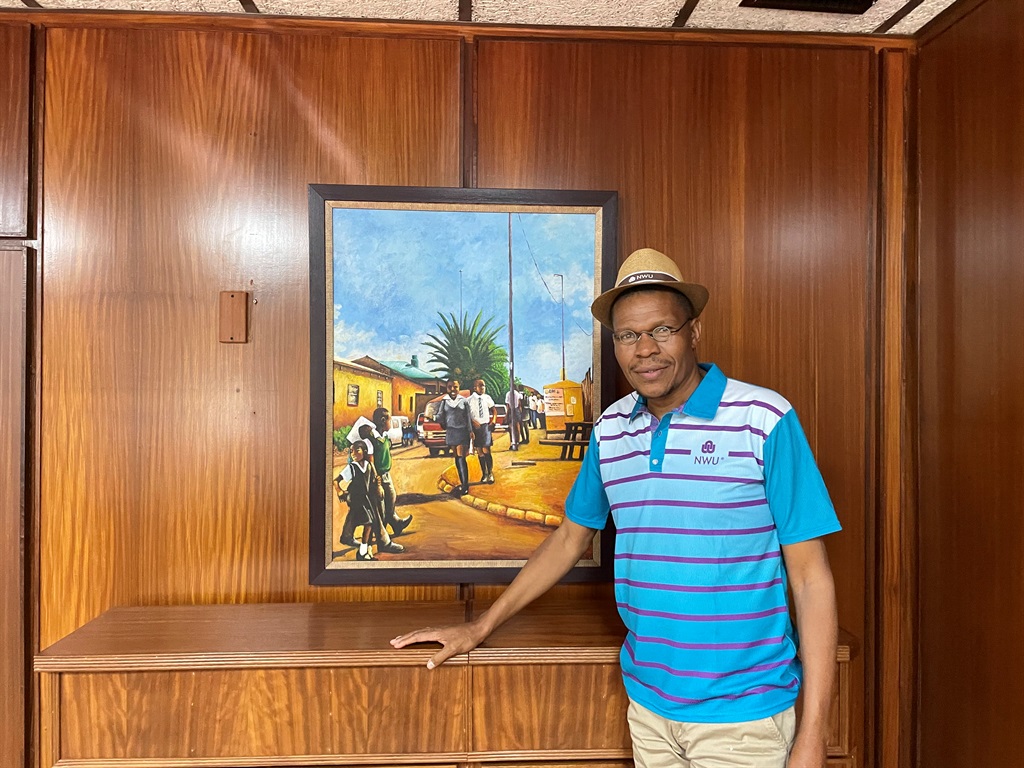 Outgoing North-West University vice-chancellor Professor Dan Kgwadi in front of one of his favourite paintings in his office on the Potchefstroom campus (James de Villiers, News24)

The man who helped guide North-West University out of crises in 2014, Professor Dan Kgwadi, says he is leaving the university because he needs to prove that black leadership can be successful. Kgwadi speaks to James de Villiers about how he took up space in apartheid to help usher through change today, why employment equity is still an issue on the Potchefstroom campus, and how growing up in a single-parent household shaped who he is today.

When Professor Dan Kgwadi, 54, first walked up the steps of the main administrative building on North-West University (NWU) 's Potchefstroom campus in 2014, he says he was met with many people - both staff and students - who thought he would deteriorate standards at the institution.

At the time, the university - formed in 2004 after an uncomfortable merger between the Potchefstroom University for Christian Higher Education and the former University of Bophuthatswana - was amidst a public crises.

Super start to the weekend for 3 Daily Lotto players!
Full list of lottery results
Lockdown For
DAYS
HRS
MINS
Voting Booth
Matric results are out! Are you happy with your child's result?
Please select an option Oops! Something went wrong, please try again later.
No, the pandemic really messed up their ability to focus
34% - 108 votes
Yes, they did well given the circumstances
66% - 210 votes
Previous Results
Podcasts
LISTEN | The Inge Lotz Story - a miscarriage of justice