Shamila Batohi gets the hardest job in the republic Not one single national director of national prosecutions has survived his term of office since the establishment of the National Prosecuting Authority (NPA) after the 1994 election.

And it has been politics and the internecine machinations of the governing ANC that have been the undoing of all of them.

Bulelani Ngcuka left his post because he became enmeshed in the power struggle around Jacob Zuma: his famous decision not to charge the then deputy president, even though "there is prima facie evidence" of corruption, tainted him.

Vusi Pikoli was forced out by the party after he refused to bend to then president Thabo Mbeki’s will and because he tried to keep the NPA independent from the pro-Zuma ANC.

Menzi Simelane had to resign after the Constitutional Court agreed with the DA that Zuma’s decision to appoint him was irrational and unconstitutional.

Mxolisi Nxasana took a R17m golden handshake to give control of the NPA to Nomgcobo Jiba, a Zuma acolyte, who took over as a placeholder until the appointment of Shaun Abrahams.

And as was the case with Simelane, Abrahams was also dumped by the Constitutional Court who again admonished Zuma and said his elevation to NDPP was "constitutionally invalid".

Introducing Adv Shamila Batohi to the media at the Union Buildings on Tuesday, President Cyril Ramaphosa spoke of the evils that have afflicted the NPA, saying that her appointment must address the crisis of dysfunction in the institution as demanded by the Constitutional Court.

"At this moment in our history, while addressing the issues South Africans are most concerned with, like state capture and corruption, the country needs an NPA that is above reproach and enjoys the confidence of all South Africans. The NDPP must ensure prosecution without fear or favour, without prejudice and not beholden to vested interests, either in politics or business," Ramaphosa said.

All five NDPPs at various stages of their short-lived careers had to involve themselves in national and party politics, whether it was as a frivolous functionary mindlessly attacking the president’s political opponent or strong-arming them to influence ANC factional fights.

There is no doubt that the appointment of a NDPP is political. The statutes governing the appointment – the Constitution and the National Prosecuting Authority Act – after all vests the power to select the national director solely in the hands of the head of state. But the Constitutional Court has also made it clear that the decision needs to be made rationally and in accordance with law.

Batohi is going to have to traverse a political minefield littered with booby traps and trip-wires. Ministers and politicians will almost certainly attempt to unduly influence the operations of the NPA, as they have done in the past. There will undoubtedly be attacks on the new NDPP’s character and the NPA’s credibility. And as sure as night follows day she will be subject to attacks from tainted political figures and their organisations.

Competing interests, political smokescreens and power struggles all comes into play in our volatile political environment, where ANC battles have had such a corrosive effect on South Africa’s institutions. Batohi will therefore not only have to be a good manager in leading such a large organisation, nor will she only be able to focus on ensuring the large that prosecutions backlog is cleared.

She will be confronted by politics and is going to have to armour herself to resist whatever overt assaults or subtle overtures come her way. This will mean an uncompromising fealty to the law and its prescripts about the position of the NDPP and the NPA in the constitutional architecture. Beyond that she is going to have to fine tune her awareness about navigating the more insidious and dark paths of realpolitik… the slow burn of political encroachment. If she does, she might just be able build the NPA into what is was supposed to become.

South Africa demands justice and a system that works. The commission of inquiry into state capture has further revealed the extent of the rot inside government and the governing party while Zuma is trying to evade the scrutiny of the courts. Batohi will most certainly make politically unpopular decisions in the near future, whether to prosecute or not to prosecute. And those decisions will have political repercussions.

"Our country needs us to fight the good fight," Batohi said shortly after Ramaphosa’s announcement, before she spoke of standing on the precipice of state capture.

She seemed confident and clear about the role of the NPA and the NDPP in governance and ensuring justice. She concluded her remarks by saying: "The NPA will serve the Constitution and the people of South Africa."

The republic’s sixth NDPP is going to have to be politically minded, but she cannot be political. Just ask her five prematurely vanquished predecessors. 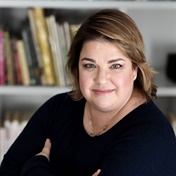 Here are your Lotto and Lotto Plus results
Full list of lottery results
Lockdown For
DAYS
HRS
MINS
Voting Booth
Have you downloaded the Covid-19 tracing app?
Please select an option Oops! Something went wrong, please try again later.
Yes I have
13% - 894 votes
No, and I will not be downloading it
77% - 5094 votes
Not yet, but I plan to
10% - 650 votes
Previous Results
Podcasts
PODCAST | THE STORY: A look into News24’s exposé of the KwaSizabantu cult in KZN