#UnrestSA: Can the SANDF deploy 25 000 soldiers? We ask the experts 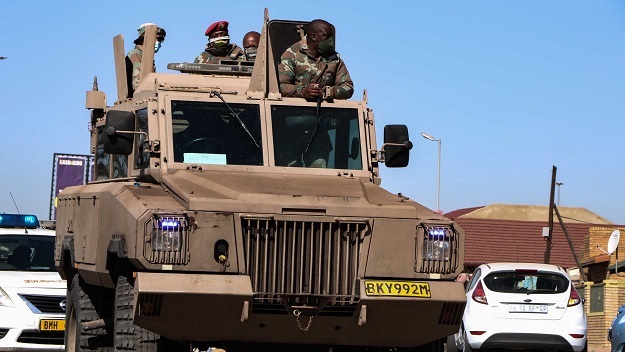 Members of the SANDF at Maponya mall.
Kayleen Morgan, News24

Defence and Military Veterans Minister Nosiviwe Mapisa-Nqakula on Wednesday told the Parliament's defence committee that the state wants to deploy 25 000 soldiers to quell the ongoing unrest.

One analyst described this as the largest deployment of South African National Defence Force (SANDF) soldiers since the 1994 elections.

However, Acting Minister in the Presidency Khumbudzo Ntshavheni said the largest deployment was during lockdown Level 5 at the start of the pandemic.

Support independent journalism
Subscribe to News24 for just R75 per month to read all our investigative and in-depth journalism. You can cancel any time.
Subscribe
Already a subscriber? Sign in
Next on News24
Ebrahim Fakir, Molebogeng Mokoka, Euston Witbooi | The ups and downs of the municipal poll