Adriaan Basson: We’ve run out of money and options - pensions will bail out Eskom 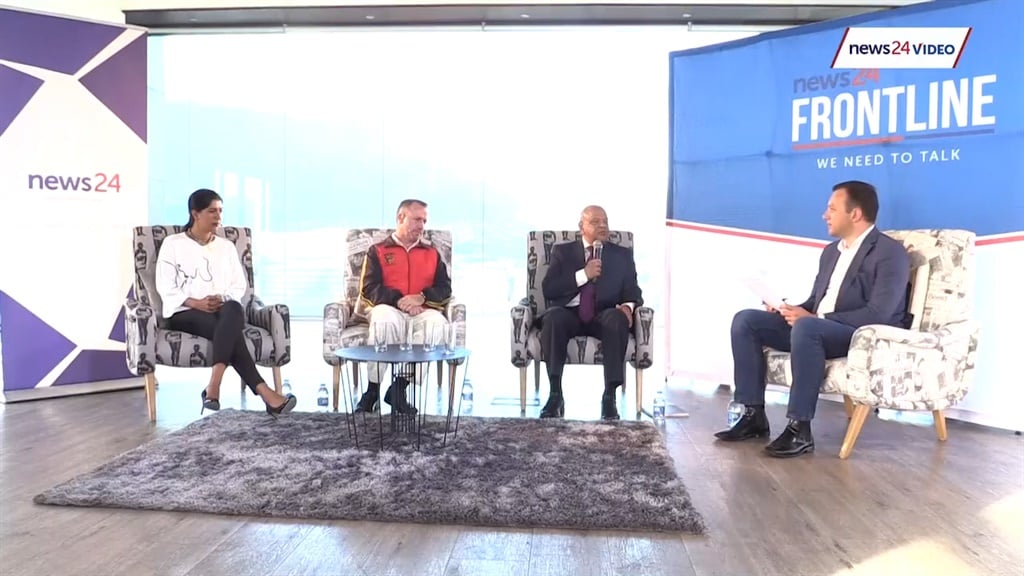 It is clear to me that labour’s defence of jobs will not extend to the heavily bloated SOE management structures. Cutting just half of those Eskom managers will save the utility R800m per year, writes Adriaan Basson

I had the privilege of interviewing three of the smartest people in the country last week after the budget speech.

It is not an exaggeration to say they will play a key role in the shaping of our economic future.

It was the morning after Finance Minister Tito Mboweni gave South Africa the reality shock we needed.

If the state doesn’t cut the public wage bill - its biggest expense - we will all go down together.

Mboweni deserves praise for the forthright way in which he has been managing his portfolio. He is not one for empty rhetoric or word games. He and his team at National Treasury, led by director-general Dondo Mogajane, delivered an excellent budget speech last week.

The state of our state-owned enterprises (SOEs) took centre-stage during the budget speech and our discussion.

Gordhan has been charged with re-engineering Eskom, Transnet, SAA and Denel.

As finance minister, he had a front-row seat to the attempts – successful and failed - to capture these entities.

Parks is emerging as Cosatu’s voice of reason and is leading the social compact at Nedlac to find a deal for Eskom’s debt. Moola heads up investments at one of the country’s largest asset managers.

The message from Mboweni was loud and clear: the state can simply no longer afford to bail out struggling SOEs.

Get your house in order or shut down shop.

I expected Cosatu, through Parks, to fight back vociferously against Mboweni’s announcement of a planned cut of R160bn to the public wage bill, and that this announcement would jeopardise the social compact negotiations about a debt deal for Eskom.

The previous afternoon, he told journalists it was a "declaration of war".

But the morning after, he was much more moderate, almost annoyingly so.

To my great surprise, all three panellists, and Parks in particular, were extremely pragmatic and undogmatic in their approach to what must be done to save the economy. As Moola put it, if the government was a company, pay freezes would long have been a reality.

Parks placed on record that Cosatu can never support retrenchments but was scathing when he spoke about the 800 plus managers in Eskom who earn over R2m each per year.

It is clear to me that labour’s defence of jobs will not extend to the heavily bloated SOE management structures.

Cutting just half of those Eskom managers will save the utility R800m per year.

To get that kind of money from savings from the salaries of teachers, police officers and nurses will be much harder. There is no way that Mboweni’s trimming of the wage bill will not extend into SOEs.

Which brings us back to Eskom’s R450bn debt bill.

Parks is credited for authoring the plan to have the Government Employees Pension Fund through the Public Investment Corporation pick up about R250bn of Eskom’s debt.

The idea is to establish a special purpose vehicle (a separate company, essentially) where the debt is parked and serviced through PIC money and contributions from the Development Bank of South Africa and the Industrial Development Corporation.

It was clear from my conversation that the finishing touches are being thrashed out at Nedlac and elsewhere.

True to style, Mboweni ruffled the feathers on Wednesday when he told a pre-budget press conference that it wouldn’t be fair if only the pension funds of government employees are used to bail out Eskom.

Private pension funds should contribute too.

Moola did not oppose the idea of "impact investments" by asset managers like hers into projects to secure the "national interest".

I am still deeply uncomfortable with the idea of pension funds bailing out Eskom, but listening to my three interlocutors, we may have run out of other options.

The GEPF deal, at least, seems like a fait accompli.

This will have to be accompanied by a clear action plan to restructure, resize and revitalise Eskom.

Nobody on my panel disagreed with this.

We live in a world where facts and fiction get blurred
In times of uncertainty you need journalism you can trust. For only R75 per month, you have access to a world of in-depth analyses, investigative journalism, top opinions and a range of features. Journalism strengthens democracy. Invest in the future today.
Subscribe to News24
Related Links
WATCH | News24 Frontline: Pravin Gordhan on Budget 2020, Eskom, SAA and the future of SA
AS IT HAPPENED | Minister Pravin Gordhan dissects Budget 2020 with News24's Adriaan Basson
Adriaan Basson: Dear white people, it is OK to talk about apartheid and the ANC’s failings
Next on News24
Adriaan Basson | The trouble with the DA