Blame the NPA, not AfriForum, for shambolic Malema corruption case 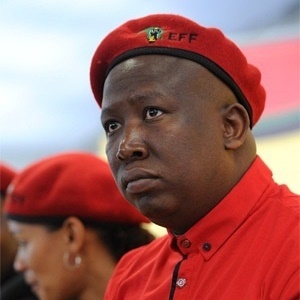 The chaotic way in which the National Prosecuting Authority (NPA) has handled the prosecution of EFF leader Julius Malema has accentuated the urgent need for intervention at the authority.

The NPA has opened itself up for criticism from Malema and AfriForum's private prosecutions unit, led by former prosecutor Gerrie Nel, for dragging its feet since August 2015 when the Limpopo High Court struck the matter off the roll.

The NPA has now handed AfriForum a political victory by placing itself in a position where it is forced to give a firm commitment that it will decide about recharging Malema in August this year. Malema has predictably called AfriForum's move racist.

None of this would have been necessary had the NPA done its job.

To recap: City Press revealed in 2011 that Malema's Ratanang Family Trust, named after his son, was a shareholder in the tender-rich On-Point Engineering, a company run by Malema's engineer friend Lesiba Gwangwa. At the time Malema was ANC Youth League leader and a powerful power broker in his home province of Limpopo.

On-Point Engineering won a number of government tenders, mainly a R52m contract to set-up a "project management unit" in the provincial roads and transport department. The State alleges that Malema benefitted financially from the tender, through his trust, and bought a farm and a Mercedes-Benz with the money.

Malema and his co-accused first appeared in court in 2013. The case was postponed several times during which some of the accused were removed from the case. At the final appearance in Polokwane before Judge George Mothle in August 2015, Malema and Gwangwa appeared without the third accused, On-Point director Kagiso Dichabe.

When the NPA applied for a further postponement, because of Dichabe's ill health, Mothle declined and struck the matter off the court roll – temporary legal relief. During the same appearance, Malema unsuccessfully applied to be tried separately to prevent further delays.

The EFF leader wanted to "clear his name" and "prevent the further delay of justice".

Every accused has the constitutional right to a fair trial within a reasonable period of time. Unlike former president Jacob Zuma, Malema has not attempted to delay his trial through legal shenanigans. He has consistently asked the NPA to expedite his hearing. By August, it would have taken the NPA another three years to decide whether to reinstate the charges.

Malema has denied receiving bribes through his family trust and has alleged that the NPA, through its former acting head Nomgcobo Jiba in cahoots with former justice minister Jeff Radebe, took a political decision to charge him to deter his political ambitions. Malema, through his lawyers, will probably put up this argument if and when his trial starts.

Understandably, Malema would not want to be an accused in a corruption trial when he and his party are on the campaign trail for the 2019 general election. This is a make-or-break election for the EFF, one which will show if the party can lift itself beyond the 7% support mark.

Apart from racial rhetoric and radical land expropriation, anti-corruption has been a pillar of the EFF's mantra since its inception. The party played a pivotal role in exposing Zuma's complicity in the Nkandla scandal and keeping him accountable.

Malema can hardly be seen as trying to dodge corruption allegations against him when he champions clean governance as part of the EFF's manifesto.

Instead of blaming AfriForum – opportunistic as its move may be – Malema should direct his wrath at advocate Shaun Abrahams and the NPA for failing to make a decision about his prosecution for almost three years.

As for Abrahams, his days are probably numbered. President Cyril Ramaphosa is awaiting the judgment by the Constitutional Court on the appointment of a prosecutions boss before he replaces Abrahams, as the North Gauteng High Court directed him to do.

The NPA needs a strong, principled lawyer to restore its image as a prosecutor without fear or favour.

It is embarrassing that the NPA had to be moved by an opportunistic lobby group to do its job in the Malema case.

We live in a world where facts and fiction get blurred
In times of uncertainty you need journalism you can trust. For only R75 per month, you have access to a world of in-depth analyses, investigative journalism, top opinions and a range of features. Journalism strengthens democracy. Invest in the future today.
Subscribe to News24
Related Links
Nowhere to hide for racists like Vicki Momberg anymore
The unsung heroes of the Zuma prosecution
Adriaan Basson: What the spy tapes ruling means for Zuma's future
Next on News24
Adriaan Basson | If you live in Gauteng, you should be in Level 5 lockdown