OPINION | From Spotlight to KwaSizabantu - a watchdog protecting the vulnerable 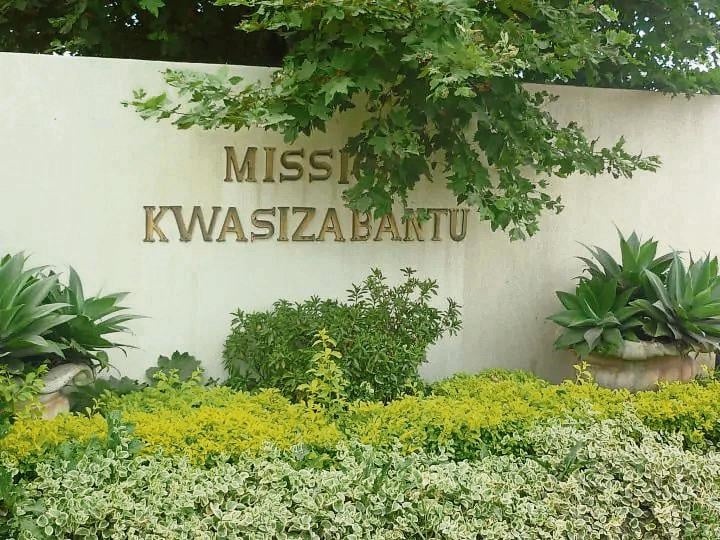 George Claassen, who is News24's ombudsman, writes that he has not found any contraventions of the South African Press code around News24's coverage of allegations surrounding the KwaSizabantu mission.

In 2003, investigations into the sexual abuse of minors by Roman Catholic priests led to The Boston Globe being awarded a Pulitzer Prize for Public Service - and criminal charges against five priests, all found guilty and sentenced to jail.

It was not plain sailing for the newspaper's journalists and editors of the Spotlight investigation; they were ignored, laughed off, scorned and personally attacked by powerful people when the heat became too intense on the Church and its supporters, who were still in denial of years of abuse "because we are from God and you are destroying God's work".

Recently I sat down to again watch the gripping Academy-award winning movie Spotlight after News24 started opening the can of worms at the KwaSizabantu Mission in KwaZulu-Natal where victims told horror stories of years of alleged human rights abuses by members of the Mission.

My email account has been flooded by supporters and defenders of KwaSizabantu, handing out the same type of verbal abuse to News24's editor-in-chief, Adriaan Basson, and the journalists exposing the human rights abuses at the mission. When I investigated the complaints of perceived biased reporting against the Mission by News24 and could not find any contraventions of the South African Press Code, the invectives turned to personal attacks on me as public editor. It reminded me of Gandhi's words, "I like your Christ, I do not like your Christians. Your Christians are so unlike your Christ".

In this regard, one should read Dr Alleyn Diesel's analysis of religion leaving the tracks, published in The Witness and by News24. Diesel, who has a PhD degree in religious studies, shows what happens when religion goes wrong, why it became imperative for News24 and The Witness to publish the atrocities perpetrated to vulnerable people trusting powerful leaders claiming a moral high ground at KwaSizabantu.

Bias in the media mostly shows its head when only one side of a story is allowed, when the right to reply (the legal term called audi alteram partem) is not applied. That is surely not the case with News24's investigation of alleged human rights abuses at KwaSizabantu. It has published a host of articles and letters defending the Mission, even a report of the former leader of the Inkatha Freedom Party, Mangosuthu Buthelezi, describing it as a "shining light of community development and industriousness". Yet, none of those rights to reply has addressed the veracity of the allegations of abuse made by the people interviewed by News24, although Buthelezi emphasised that the truth should prevail.

Because the allegations against KwaSizabantu are so serious, News24 did not just accept the stories told to it by victims of the Mission. All people interviewed and who were at the receiving end of a religious institution who was trusted and venerated, gave a sworn statement under oath that their testimony was true. This is not required by the Press Code, but was an important step to ensure that the tales told, were not mere rumour mongering and slander.

The investigations by and hearings of the Commission for the Promotion and the Protection of the Rights of Cultural, Religious and Linguistic Communities (CRL) and the Human Rights Commission, both Chapter Nine institutions, into the allegations, have brought other people to the fore, confirming the general trend of the allegations made in News24's Exodus series. We have also received numerous messages from other people telling similar tales after the publication of the Exodus series.

It is clear from various cases all over the world of which the Boston and now KwaSizabantu examples are just two, that criticism and exposure of religious institutions' criminal behaviour by the media are quite often regarded by media consumers as something to be frowned upon, or even forbidden.

This religious intolerance, spanning all religions, leads to teacher Samuel Paty being beheaded in France; to journalists at Charlie Hebdo killed; to doctors at legal abortion clinics mowed down by snipers; to more than 400 misled followers of cult leader Jim Jones dead in a South American forest compound; to the Heaven's Gate cult leader David Koresh allowing his followers, including many vulnerable women and children, to perish outside Waco in Texas; to Shoko Asahara persuading his followers of the Japanese doomsday-cult Aum Shinrikyo, to release sarin poison gas on the Tokyo subway.

Why should any media institution and News24 have ventured into this seven-months investigation when whistle-blowers were sounding the alarm? Should News24 just have trusted the moral high ground a religious organisation claims for itself and not have listened to the tales of the victims?

One of the main functions of the media in a democratic society that has become a critical part of its professional credo and belief system, is the media being compared to a watchdog, "to serve as the citizen's eyes and ears in scrutinising the powerful", as J Herbert Altschull, the late veteran media analyst and journalist, writes in his critical analysis of the media, From Milton to McLuhan - The Ideas Behind American Journalism (Longman, New York, 1990).

Altschull's book should be compulsory reading, not only for the powerful and the mighty, but also for those who slavishly and uncritically believe and follow those in positions of power. It should also be on the reading list of all the world and his wife who should have a clear understanding of the vital role journalists play as an extension of their senses, as the formidable Canadian mass communication scientist Marshall McLuhan emphasised.

Altschull's analysis shows how the watchdog function of the media goes back to John Milton's Areopagitica, an incisive pamphlet against the censorship of his time, published in 1644.

"And though all the winds of doctrine were let loose upon the earth, so Truth be in the field, we do injuriously, by licensing and prohibiting, to misdoubt her strength. Let her and Falsehood grapple; whoever knew Truth put to the worse, in a free and open encounter?"

To preserve individual rights - including the right to know and to be informed - the citizen can act according to a social contract between the individual and the state, the powerful in all fields of life. This right to know and to be informed, also means that the journalist as watchdog does not only observe but, as Mark Twain "insisted... the reporter lead the attacks against crooked rulers", writes Altschull.

The American philosopher John Dewey also "gave fresh philosophical support for the idea... that the investigative journalist in a democratic society is - and ought to be - an instrument for change, a mighty force to challenge corrupt leadership".

The daily unfolding of tales of corruption at the Zondo commission into state capture, is intricately linked to brave investigative journalists who have revealed a litany of theft, corruption and other crimes by Gupta and Zuma alliances for whom the bells are starting to toll.

The same diligent investigative journalism has brought the alleged crimes by KwaSizabantu to the attention of the South African public. Critics of News24's investigations into the Mission, should again peruse the Press Code on the media's role in society. The Preamble to the Code states:

"The media exist to serve society. Their freedom provides for independent scrutiny of the forces that shape society, and is essential to realising the promise of democracy. It enables citizens to make informed judgments on the issues of the day, a role whose centrality is recognised in the South African Constitution."

It goes further, emphasising the media's role as watchdog over the safety of the vulnerable:

"The media's work is guided at all times by the public interest, understood to describe information of legitimate interest or importance to citizens. As journalists we commit ourselves to the highest standards, to maintain credibility and keep the trust of the public. This means always striving for truth, avoiding unnecessary harm, reflecting a multiplicity of voices in our coverage of events, showing a special concern for children and other vulnerable groups, and exhibiting sensitivity to the cultural customs of their readers and the subjects of their reportage, and acting independently."

News24's investigation of KwaSizabantu is on behalf of the vulnerable who are exploited by the powerful. That this exploitation takes place from a platform pretending to be from a higher morality is not strange. The Boston Globe's investigation exposed the hypocrisy of the powerful and its reporting showed special concern for children and the vulnerable. The ad hominem attacks on journalists and myself as interpreter of News24's reporting in light of the requirements of the Press Code, is a repetition of what journalists had to endure during the Spotlight investigation.

In a thriving democracy, a "cantankerous press, an obstinate press, a ubiquitous press must be suffered by those in authority in order to preserve the even greater values of freedom of expression and the right of the people to know", as Justice Murray Gurfein summarised it during the Pentagon Papers trial of the U.S. v. New York Times in 1974.

One should never forget the theologian Reinhold Niebuhr's warning:

- George Claassen is News24’s public editor and a board member of the international Organization of Newsombudsmen and Standards Editors.