OPINION | The Glenda Gray controversy: Weighing an expert and the reality we accept 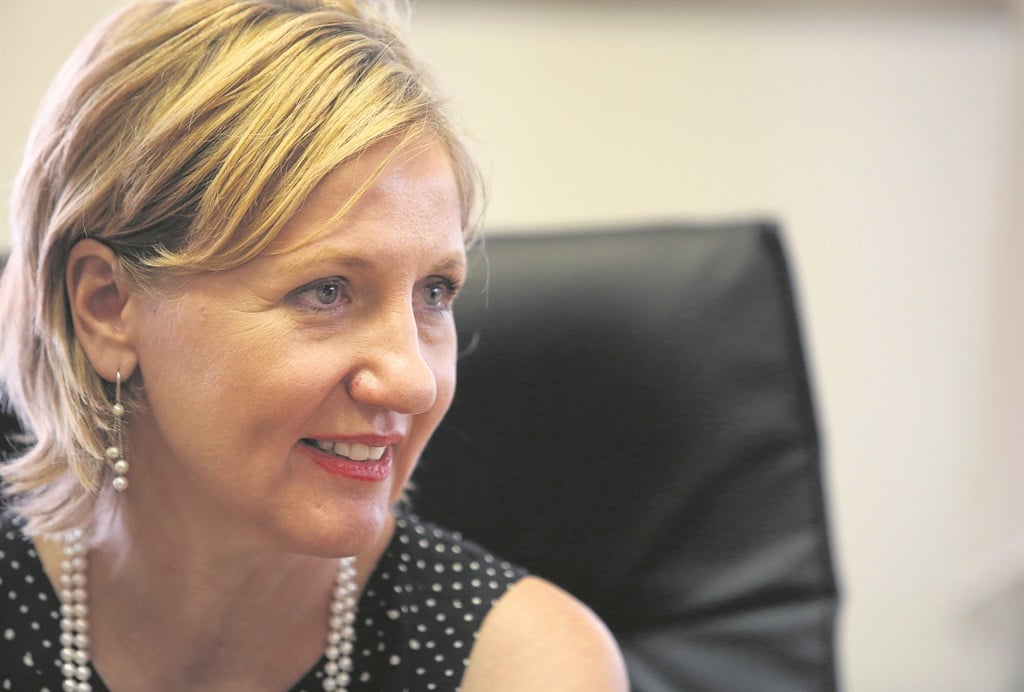 We should all - journalists, scientists, politicians and political commentators, those praying so diligently and uncritically at the feet of the social media gods, be very careful of how we select and accept reality, writes George Claassen.

How do we weigh an expert and what reality do we accept?

These questions came to mind over the past week when the Glenda Gray controversy grew from a little fire into a conflagration on the Covid-19 firmament.

The vehement responses on social media (where else?) to News24’s interview with Gray, the total authoritarian over-reaction of the Minister of Health and the South African Medical Research Council’s board, and the question of protecting academic freedom and scientific discussion, reminded me of a Calvin and Hobbes scene by the American cartoonist Bill Watterson.

Calvin is sitting on his swing under his favourite tree when his imaginary-alive tiger friend Hobbes asks him, “Aren’t you supposed to be doing your homework?”

Undaunted, Calvin replies, "I’m pretty sure the assignment was optional."

But Calvin is not to be prevented his outdoor fun, "It’s not denial. I’m just very selective in what reality I accept."

Over the past few days, three aspects of the Gray "witch-hunt", as Professor Adam Habib, vice-chancellor of the University of the Witwatersrand, described it, surfaced and need discussing:

To get to the criticism of News24, also by other experienced media fundis, the analysis of how we can decide who an expert is by the American epistemologist Alvin Goldman, distinguished professor in philosophy and cognitive science at Rutgers University in New Jersey, is worthwhile perusing and applied to the Gray-News24 issue.

In an incisive study, Goldman designed a five-point guide to weigh an "expert".

His chapter, "Experts: Which Ones Should You Trust?", was published in a peer-reviewed book, The Philosophy of Expertise (Columbia University Press, 2006), edited by professors of philosophy Evan Selinger and Robert Crease.

In it, Goldman defines the following check-points, now acutely relevant to journalists in reporting on the Sars-CoV-2 virus pandemic where quacks, presidents and charlatans, often in the guise of maverick scientists who have lost the plot, parade a host of fake news solutions and conspiracy theories.

There is no doubt that if Glenda Gray’s "expertise" is evaluated according to these five points, she would be highly regarded as indeed a local and international expert in her field.

She is trusted as such by not only medical scientists in her own specialist field, but by journalists who are not experts in that field in an age where specialisation requires an immense knowledge and wisdom from the media to distinguish between experts and quacks, celebrities and politicians camouflaged as "experts" (the anti-vaccinators, climate change denialists and anti-evolutionists as classical examples).

On Twitter, former Professor Anton Harber and very experienced editor of years gone by, posted a valid question to Adriaan Basson, editor-in-chief of News24: "But, Adriaan, did you have an obligation to check the claim about malnutrition, and at least point out that it was questionable?"

To which Basson replied: "I would argue no, Anton. Gray is the foremost pediatrician in SA. If you tell us 100 journalists lost their jobs in 2019, I will publish that without verifying. You are the authority. If you were wrong or wanted to clarify, I will publish that soonest as we did."

The "without verifying"-statement set the cat among the pigeons, leading another media expert and fact-checker par excellence, Liesl Pretorius, to weigh in on Twitter: "I strongly disagree, @AdriaanBasson. Journalists aren’t scribes. And no expert gets it right all the time. At the very least, the journalist should have established if Prof Gray had direct knowledge of the claim she was making about child malnutrition at Bara… The kind of journalism that publishes unverified claims and corrects them later is not the kind of journalism that will help the industry build trust. Please rethink your stance. Your publication is massive and what you do, affects us all…"

That led to a host of virulent tweets from different political spectra accusing News24 of propaganda, not checking and verifying facts, also spuriously dragging claims of state capture being published without verification into the arguments (clearly and conveniently ignoring a host of testimony before the Zondo Commission, as well as proven and verified documents in books and articles by Basson, Pieter du Toit, Pieter-Louis Myburgh, Jacques Pauw, Pauli van Wyk and other investigative journalists about criminal behaviour by the Jacob Zuma-captured politicians these tweeters are supporting).

Should News24 have checked and verified every claim Gray made in her interview? Was it possible? And how far should the expert be trusted to get it right?

I think journalists should always verify or try to verify information before publication.

And if we get it wrong - and with science stories with intricate data and detailed statistics that can often be interpreted and misinterpreted in different ways, it will probably happen more than is acceptable - we should immediately be accountable, the point emphasised by Basson in reaction to Harber’s tweet.

In this, I agree but also disagree with Pretorius.

Accountable journalism means not only verifying claims, but if we get it wrong, also immediately owning up to our mistakes and rectifying them. Credibility is also about how you deal with the mistakes you make and how the media emphasises mea culpa in their work.

As a media ombudsman, I have time and again found that recognising mistakes we all make, helps a lot to instill credibility in the work journalists do.

News24 published Gray’s clarification immediately and prominently, as well as the criticism of her statement about malnutrition among children at the hospital. Accountability remains still one of the ethical cornerstones of credible journalism.

My inbox as public editor of News24 is every day filled by emails of people clearly not understanding how science works, how uncertain it can be - this is also its strength because scientists revisit their theories if new evidence comes to light and change and adapt theories accordingly, admit their mistakes.

Many email writers complain that News24 is anti-Trump, not accepting his quackery theories and science denialism. News24 does not need not to defend its stance based on scientific evidence, rather whether we are accurate in our reporting.

The question is, do we as journalists à la Calvin, create and accept our own reality, or do we stand with what science says because the scientists have evidence, weighed and peer-reviewed, proven over years?

In the Covid-19 statistics which overwhelm the media from all sources every day, even literally every hour, it is good to remember the words commonly and popularly - but perhaps wrongly - attributed to Benjamin Disraeli and Mark Twain (others most probably in various other forms before them, as insightfully analysed by an anonymous mathematician on the University of York’s website at: "There are three kinds of lies - lies, damned lies, and statistics."

As a media and science communication specialist I agree with Lewis Wolpert, the South African born developmental biologist and emeritus professor at University College London.

My daily experience with readers of News24 and Media24 contacting me with complaints, genuine queries, concerns and suggestions about our news coverage, and also with News24 and Media24 journalists, adds value to my understanding of the trauma we are all experiencing during Covid-19, also as journalists reporting on the pandemic.

In his brilliant little book Six impossible things before breakfast - The evolutionary origins of belief, Wolpert’s words hold more than a little bit of truth to journalists, politicians, scientists, in fact all and sundry:

"The beliefs of science are the most reliable we have about how the world works … Science goes against common sense, and we also usually lack the necessary information on which to make a scientific judgement.

"But more importantly, our belief engine, programmed in our brain by our genes, operates on different principles.

"It prefers quick decisions ('Find a vaccine now!'), it is bad with numbers ('I don’t believe the number of deaths and infected'), loves representatives ('silence Professor Gray now and apologise for her views'), and sees patterns where often there is only randomness (Dr Nkosazana Dlamini-Zuma misinterpreting, even ignoring science on the relationship between smoking and Covid-19).

"It is too often influenced by authority ('shut up, Professor Gray!'), and it has a liking for mysticism" (a host of unproven solutions to Covid-19, prayers, quackery products, hero-worshiping anti-vaccinators Andrew Wakefield, Jim Carrey, Robert Kennedy, Judy Mikovits, Novak Djokovic).

To come back to Calvin, we should all - journalists, scientists, politicians and political commentators, those praying so diligently and uncritically at the feet of the social media gods, be very careful of how we select and accept reality.

This is also, lastly, the question that the witch-hunters of Professor Gray should ask themselves, to be authoritarian in their views, ignoring evidence-based science and suppressing academic debate and critical thinking, disallowing a difference of views, or to listen to John Milton's famous words in his Areopagitica, criticising the Roman Catholic church’s censorship in the 17th century:

"And though all the winds of doctrine were let loose to play upon the earth, so Truth be in the field, we do injuriously, by licensing and prohibiting, to misdoubt her strength. Let her and Falsehood grapple; whoever knew Truth put to the worse, in a free and open encounter?"

- Claassen is News24’s public editor and a board member of the Organisation of Newsombudsmen & Standards Editors, and the South African Science Journalists’ Association.

We live in a world where facts and fiction get blurred
In times of uncertainty you need journalism you can trust. For 14 free days, you can have access to a world of in-depth analyses, investigative journalism, top opinions and a range of features. Journalism strengthens democracy. Invest in the future today. Thereafter you will be billed R75 per month. You can cancel anytime and if you cancel within 14 days you won't be billed.
Subscribe to News24
Related Links
OPINION | Freedom of speech and public interest, not allegiance, should underpin science...
Glenda Gray 'grateful for support' as SAMRC calls off investigation into her lockdown criticism
Ralph Mathekga: We cannot afford for our scientists to be used as a political football
Next on News24
OPINION | From Spotlight to KwaSizabantu - a watchdog protecting the vulnerable