A Budget for tough times with an eye on the election Finance minister Tito Mboweni at the press conference before he delivers his 2019 budget speech in Parliament on February 20, 2019 in Cape Town, South Africa. (Photo by Gallo Images)

Tito Mboweni soft-landed the necessary debate about the role of SOEs in South Africa's economy. With elections coming up, it is perhaps one the government and the ruling party do not want to dabble in too much, writes Thembinkosi Gcoyi.

Finance Minister Tito Mboweni has delivered what can only be seen a budget for the tough times. It is a budget that keeps an eye on the elections, without being a spendthrift. Though very little was given away to any one sector, given the constraints, it should be said that there was a lot of common sense in the speech.

The most notable announcement to come out of the budget is the introduction of a "chief reorganisation officer" for all state-owned entities (SOEs) seeking a government guarantee. This is common sense. Under business as usual, SOEs have gone on spending without regard for the liabilities they were imposing on the general fiscus. Leaders of these companies went out and fulfilled political objectives that did not have any relation to South Africa's reality of economic struggle and difficulties.

Eskom's decadence is especially galling and risky for the fiscus, given the rate at which the company has accumulated debt since 2007, with its debt rising from R40bn, to R420bn in 2018.

At the same time, the minister soft-landed the very necessary debate about the role that SOEs play in South Africa's economy. In the past, the minister has made clear his aversion to the state owning some entities such as South African Airways which plays no role whatsoever in contributing to the achievement of South Africa's developmental goals. This is a hot potato discussion in South Africa currently. With elections coming up, it is perhaps one the government and the ruling party do not want to dabble in too much as it can be very polarising and will open the ANC up to internal discord as there is a very strong lobby within the party against moves to privatise SOEs.

It was also notable that the minister made clear that from henceforth, government would take a stricter approach to issuing government guarantees and bailouts to SOEs for operational purposes. Even a financially illiterate person knows that banks would never fund you to buy groceries against a growing debt burden. It thus makes no sense that government has been throwing out lifelines to SOEs who are struggling to improve their performance and depending on government's largesse for their continued operations.

The issuing of policy guidelines by the Department of Communications to the Independent Communications Agency of South Africa (Icasa) for spectrum allocation is a positive step. It follows on statements by President Cyril Ramaphosa to make the price of communications more affordable if South Africa is to achieve its ambitions of becoming an active participant in the Fourth Industrial Revolution. It is also a wink to the upcoming general elections as the price of data has been something that South Africans, especially the young, have been very vocal about.

Similarly, a fully subsidised education and training for poor students at a cost of R111.2bn is an investment in South Africa's future. Enabling 2.8 million poor South Africans to gain access to higher learning institutions is a move in the direction, even if this affects the fiscal framework negatively in the short- to medium term.

The announcement to freeze the salaries of Members of Parliament, Provincial Members of Parliament, as well as the executive is something of a gimmick, though it makes sense symbolically. However, the announcement may portend a new way of doing things which recognises that state leaders cannot continue to receive preferential treatment whilst the general public is expected to make ends meet.

The review of South Africa's allowances for civil servants stationed abroad is probably justified given the difficult fiscal conditions the country is grappling with. However, the government will need to manage the review carefully to ensure that ultimately, the best skilled people are attracted to serving in the diplomatic services of the country.

Unfortunately, money is a major incentive for accepting a posting to a place such as Mauritania, Burundi or Russia. The same care should be exercised in managing the public sector wage bill as government is already struggling to attract the most talented. Delivery against the important objectives that government has set requires good minds, and absolute personal commitment to serving the South African public. The best talented will not forsake the potential for high pay in the private sector for a place that has a bad reputation, and which has bad salaries. This is a fact!

Reducing the size of the public service is a good decision. The president and his cabinet will require strong backing from the entire ANC and alliance to make this happen. We know that South Africa's labour unions are very vigilant against job losses. The mere whiff of restructuring at Eskom was enough to motivate the National Union of Metalworkers of South Africa (Numsa) to picket Eskom, even in the absence of a definite pronouncement about laying off workers.

Similarly, government was forced to walk back any latent ambitions to downsize the South African Broadcasting Corporation (SABC), against the wishes of the board of directors, to placate the Communications Workers Union (CWU) which declared in no uncertain terms its displeasure at the plans of the corporation to reduce the workforce.

It is encouraging to hear that President Ramaphosa took an active, detailed interest in the preparation of the Budget. This probably speaks to the anxiety the president has about ensuring that the important programmes that he announced during his State of the Nation Address are properly resourced. It also speaks the urgency with which the president views the matter of stabilising South Africa's economy. 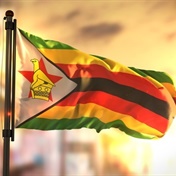 One player wins R300K Daily Lotto jackpot
Full list of lottery results
Lockdown For
DAYS
HRS
MINS
Voting Booth
Russia has approved a Covid-19 vaccine. Would you take the vaccine if it were available in South Africa?
Please select an option Oops! Something went wrong, please try again later.
Yes I would
25% - 3438 votes
No I would not
30% - 4115 votes
I'd wait to see the outcomes first
45% - 6202 votes
Previous Results
Podcasts
AUDIO TRIBUTE | Veteran radio star Bob Mabena was an 'inspiration'