Advocate Shamila Batohi and President Cyril Ramaphosa at the announcement of her appointment.
Felix Dlangamandla

The leader of the One South Africa Movement, Mmusi Maimane, has written an open letter to National Prosecuting Authority (NPA) head Shamila Batohi, asking for investigations into several tender irregularities.

I write to you at a time of great anxiety and trepidation in our nation due to the outbreak of the Covid-19 virus and the subsequent damage it has wreaked on our country and the world at large.

While the virus continues to spread, taking the lives of thousands across the globe, we are reminded that the action, or inaction, by the government has the power to make or break our collective fortunes.

When you were appointed as National Director of Public Prosecutions (NDPP) on the wave of the "New Dawn", I - like many South Africans - were truly hopeful that, under your direction, the pernicious scourge of government corruption and looting would be tackled head on.

In the midst of suffering from years of sheer and unapologetic lawlessness by the ANC in government, we had a glimmer of hope in you and your stern direction.

It has now been a year and half since your appointment took effect in February 2019. To date, and despite the plethora of evidence available to your office, not one politician has been arrested, charged and jailed for corruption.

The patience of South Africans is fast running out.

I cannot hide my disappointment that, despite your pronouncements, and those of the president, wrongdoing has continued unabated. Moreover, that any sanction against corruption still seems to be absent.

At a personal level, I have always supported your work, especially in my previous role as leader of the opposition. But now is your time to act.

South Africans have witnessed the continuous cycle of corruption that has stolen jobs, education, housing and basic service delivery from the most vulnerable South Africans.

However, over the past weeks, we've seen the most perverse strain of corruption: ANC cadres unduly profiting from the procurement of basic health and safety equipment desperately needed to save lives. This is beyond the pale and requires your urgent and undivided attention.

It is in this light I ask that you urgently investigate the numerous allegations of tender irregularities and nepotism involving members of the government, the ruling ANC and their family members.

These include the following, among others:

It is deplorable that sons, daughters and spouses of senior ANC politicians are making undue profits off the Covid-19 health crisis.

The crucial consideration your body needs to investigate is whether these tenders were awarded fairly, impartially and free from any form of collusion, corruption or nepotism.

Without any action from the National Prosecuting Authority, President Ramaphosa's words denouncing such allegations of corruption are rendered meaningless. These allegations, already in the public domain, must be investigated and confirmed, and turned into admissible evidence, in order that the persons implicated are brought to book.

Moreover, the ANC's call for specialised corruption courts is a red herring. You can have as many courts as you like, but without a properly functioning prosecuting authority, we will never see justice served.

South Africa has a raft of legislation to prevent and punish corrupt activities. If properly implemented by the criminal justice system, these laws would protect the country adequately from these types of activities.

This, however, requires a criminal justice system that is functioning optimally, operating without fear, favour or prejudice, and supported by a competent, resourced independent investigative component in the South African Police Service.

I thus reiterate my request that you urgently investigate these allegations of tender fraud and corruption, so that those in the ANC and government, who have unduly profited off this global pandemic, can be charged and prosecuted as soon as possible.

South Africa's crises are many and deep. They require urgent intervention.

South Africans need to be able to rest assured knowing that those who commit acts of corruption are investigated, charged, arrested and put behind bars. This important task falls to you.

I hope and believe that you will rise to the challenge that has been laid before you.

I look forward to your response.

Related Links
Why did Ramaphosa wait for spokesperson Khusela Diko to take leave? MPs ask
ANALYSIS | 'Outraged and embarrassed': Could this be the ANC's most dishonest statement ever?
Mandy Wiener | After years of inaction on corruption, why should we believe the president?
Share
Next on News24
John Matisonn | What happens to the party of Lincoln after Trump? 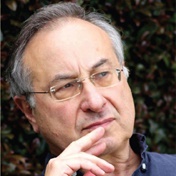 Here are your Lotto and Lotto Plus results
Full list of lottery results
Lockdown For
DAYS
HRS
MINS
Voting Booth
Pyjamas or no pyjamas? Is sleeping in your day clothes:
Please select an option Oops! Something went wrong, please try again later.
Disgusting!
63% - 2093 votes
Something I've seriously considered
10% - 350 votes
Normal in my household
27% - 900 votes
Previous Results
Podcasts
PODCAST | THE STORY: Where to now for ANC jetsetters who hitched a ride on SAAF plane?