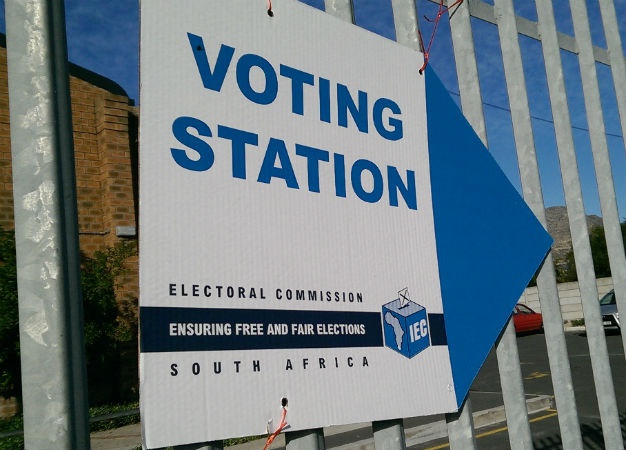 Mmusi Maimane writes that the South Africa we deserve cannot be constructed using the old tools of democratic engagement. He explains why he is punting the direct election path for aspiring leaders.

Twenty-seven years into the story of our constitutional democracy and one thing is starkly clear and irrefutable. We can all agree that the one-party state government of the day does not fit the purpose and cannot deliver the inclusive economy and society that citizens deserve.

Twenty-seven years is a number that has special significance in our democracy, as it is the duration of Nelson Mandela's prison sentence. A man who proclaimed that he had fought against white domination and against black domination and was prepared to die for his ideals of a democratic and free society.

Twenty-seven years after escaping the clutches of an evil apartheid regime, the people of South Africa now find themselves governed by the ANC.

The ANC is an irredeemable organisation, unable to garner society together around a shared vision. Collectively, they are the present wreckers of the aspirations of all South Africans for a better life. While some may harbour the hope that if only Ace Magashule, Jacob Zuma and Supra Mahumapelo could disappear, then the ANC will find its way again - those hopes are a house built on sand.

The extent of corruption and factionalism in the ANC is not a defect, it is a feature.

Alternative needed to the ANC

While there may very well be a "few good men" in the ANC, the party has become a looting machine. There is no serious intent to address the challenges of crime, education, housing, healthcare, and the failing economy.

The nation is hungry for a credible alternative.

Everywhere I go in every discussion about our political miasma, I hear the same thing: "Mmusi, there are no credible alternatives to the ANC."

The democratic high ground is a strategic vantage point where like-minded thinkers can begin the work of igniting substantive, positive change.

We often talk of the centre, but the centre is occupied by a plurality of opinions and actors, which inevitably leads to a dilution of focus and people pulling in different directions while all professing to want to build a better South Africa. The centre is not the best starting point for true and tangible reform.

We must create a fort of democratic excellence and, from that fort, a viable and credible alternative will be designed and rolled out. We must build a critical mass, but this will be done gradually; that critical mass will then move into the centre with clarity of vision and unity of purpose.

Only then will we be able to reset the trajectory of this great nation.

We must honour the sacrifices of those who came before us, the gifts of ordinary South Africans who put aside their fear to challenge the apartheid regime. People like Steve Biko, Robert Sobukwe, Beyers Naude, Helen Suzman and many more. They didn't all come from politics; they were activists, ministers, lawyers and artists who understood that the struggle was not a battle of one race against another, but truly a struggle for non-racial future, that systems that oppress can be replaced by democracy and a system of equality.

Political messiahs will not build the credible and feasible alternative that we all know we need, and populists will not build it with empty promises and appeals to anger. It will not be built by anyone who ignores the painful history of this nation and tries to revise the history of how we got here.

We must be prepared to work diligently, and in the face of fierce opponents, we must do the work, nonetheless. We cannot afford to have 27 more wasted years at the hands of this government. Our children deserve better; this is not what people sacrificed their lives for.

The South Africa we deserve cannot be constructed using the old tools of democratic engagement. This is why I have dedicated this phase of my life to making sure that the direct election path can be viable for aspiring leaders.

The prominent political parties have proven to be ivory towers and to be full of dirty tricks that most citizens do not have an appetite for. It's all about the party, and the individual has been reduced to a cheerleader who has limited agency. This is not the way to unearth new ideas and to give new participants access.

There is some scepticism of direct elections as a vehicle for change, and this scepticism has been based on the lack of success of independent candidates in the local government elections.

People will say, "Mmusi it hasn't worked before", and because they have not seen that success, they no longer believe that it can work. To them, I would say don't throw in the towel on the idea; it is still a worthy idea that can cause massive disruption in the political space. It is, however, an idea that requires our coming together to make it work.

The alternative to doing this work is sitting on the sidelines and watching on helplessly. Watching as the ANC continues to loot, continues to miseducate our youth and continues to erode our institutions. The alternative to building a democratic high ground that will push the issue of direct elections and multi-racial South Africa is watching the rise of the dividers, those who thrive on anger and chaos to galvanise support.

We cannot afford to leave our country in the hands of dividers and in the hands of looters. We must come together and construct the society we know our children deserve. Our time is limited.