OPINION | A perfect storm: The struggle for school infrastructure in the Eastern Cape 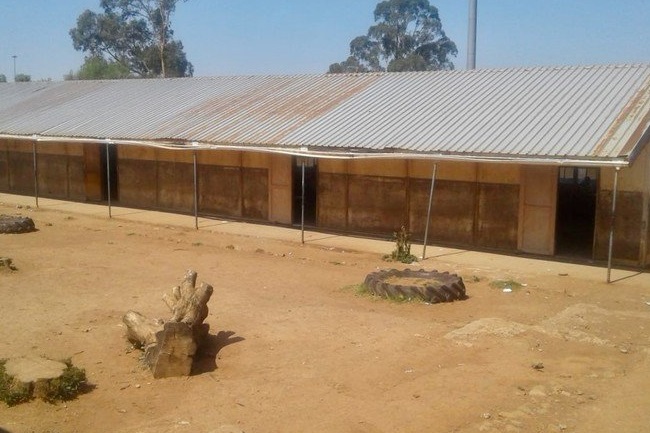 At Tantseka Primary School in Mthatha, over 200 pupils have been relieving themselves in the open air.

At Masizame Junior Primary, a mud school in Centane near Butterworth, 175 pupils have been using one broken toilet. And 147 schools in the Eastern Cape recently had their water supply cut off because the Eastern Cape Department of Education owes the Amathole District Municipality R8 million.

As Eastern Cape Premier Oscar Mabuyane was set to deliver his 2021 State of the Province Address, Equal Education (EE) learner and parent members and staff held a picket outside of the Eastern Cape legislature to highlight the situation at these schools.

For years, government has placed less importance on basic education when deciding how to spend its money.

With the tabling of the national budget last month, came an education budget decrease for the next three years if inflation is taken into account. In 2020, following the emergence of the Covid-19 pandemic in South Africa, National Treasury cut R1.7 billion from school infrastructure grants.

A further R4.4 billion was reprioritised within the Education Infrastructure Grant (EIG) to finance the Department of Basic Education's (DBE) Covid-19 response.

The DBE soon announced it would either stop or delay nearly 2 000 infrastructure projects across the country. In the Eastern Cape, it was reported that the provincial education department had suspended almost all building projects because there is not enough money for their completion. These budget cuts and their impact on providing urgently needed school infrastructure will have devastating consequences on learners and teachers.

Our advocacy around the Norms and Standards for Public School Infrastructure recognises that safe and proper school infrastructure is a critical part of ensuring quality education and other important factors, such as teacher training and support, curriculum, textbooks, school safety and scholar transport.

This demand is not simply a wish list from naive young people – it is the law.

The Minimum Uniform Norms and Standards for Public School Infrastructure stipulates the basic level of amenities and services that every school must have to function correctly, signed into existence by Basic Education Minister Angie Motshekga over seven years ago.

So far, Motshekga and the education MECs have failed to comply with two of the infrastructure delivery deadlines prescribed by the law. This has caused children's rights to education, dignity and safety to be violated every single day. At least two children have died in pit latrines – and still the government response is sluggish.

The improvement in school infrastructure delivery in the Eastern Cape is too slight.

The DBE and Eastern Cape education department could have been much closer to fulfilling their legislative duty, but they have not shown the consistent political will to ensure that our schools are fixed with the urgency needed.

The Eastern Cape school infrastructure crisis is aggravated by insufficient funding – which is an indictment of National Treasury and its austerity budgeting and underfunding of basic education. Cuts to infrastructure funding negatively affect the number and speed of delivery of school building projects.

However, national budget cuts alone cannot be blamed for the current state of school infrastructure in the country. There has been gross underspending by provincial education departments over the years, including the Eastern Cape department. The result is slow project delivery, which leaves National Treasury less likely to increase school infrastructure funding.

Poor planning and inaccurate data are also severe obstacles to fixing our schools.

For instance, the 2020 National Education Infrastructure Management System (NEIMS) shows that there are no schools in the province without toilets or without water supply. However, the latest available Eastern Cape Department of Education infrastructure delivery progress report indicates that there are 74 schools in the province without water. This, and the experiences of learners and teachers, blatantly contradict national data.

Led by the learner members of EE, the teachers, parents and ordinary citizens of the Eastern Cape and of our country must together demand:

- Accurate and accessible data and better project planning from the Eastern Cape Department of Education;

- Accountability from the contractors and implementing agents who are given public money to build schools on behalf of government; and

The Eastern Cape education department, DBE and other provincial education departments need to decisively demonstrate that they recognise safe school infrastructure is fundamental to the constitutional rights to basic education, dignity and safety, and to all learners realising their full potential. We will continue to mobilise and empower school communities until this is achieved.

We live in a world where facts and fiction get blurred
In times of uncertainty you need journalism you can trust. For only R75 per month, you have access to a world of in-depth analyses, investigative journalism, top opinions and a range of features. Journalism strengthens democracy. Invest in the future today.
Subscribe to News24
Next on News24
OPINION | Land Court Bill: A step in the right direction for land reform