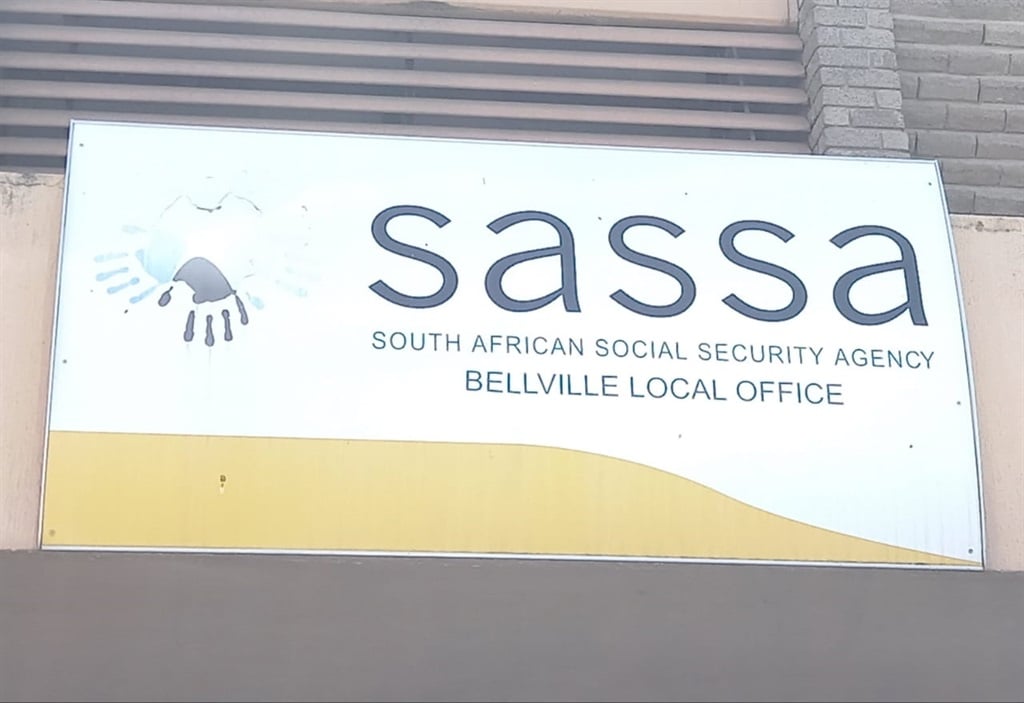 At the doorstep of the South African Social Security Agency (Sassa) in Grabouw, a Temporary Disability Grant (TDG) applicant died early in the morning while standing in the excessively long line, waiting to be helped.

It is beyond tragic that a vulnerable resident does not return to their family from one of the main spaces you can go to for relief from the devastation of poverty.

Sassa is the main agency responsible for provision of our national government's safety nets for those who need them.

It falls under the Department of Social Development (DSD), led by Minister Lindiwe Zulu.

However, the demise of the agency continues; we have witnessed a failure by the Minister to extend the lapsing of TDGs, leading to over 53 000 lapsed grants in the Western Cape alone.

Instead of providing quality, timeous services to our most vulnerable, Sassa and national DSD have grossly exacerbated the second pandemic of poverty. Examples of such dire circumstances include:

·        Failing to timeously implement the emergency relief of distress grant;

·        The selling of food parcels meant for the poor in other parts of the country;

·        The unwillingness to competently procure venues to mitigate congestion at Sassa offices, placing people at risk of Covid-19; and

·        Withholding of ECD subsidies and not allowing their reopening during the easing of the hard lockdown.

What makes the crisis within Sassa worse is that there are more than 17 million people in this country who rely on Sassa grants.

In a country with almost 60 million people, this ratio is concerning, and it seems as if this ratio is set to deteriorate. Many such residents are left with having to rely on Sassa grants because of years of policy failures and economic mismanagement at the hands of the ANC national government. This, exacerbated by an incompetent Sassa led by an absent Minister who seemingly holds no empathy toward the plight of the vulnerable, is keeping so many within the grant system with no plan for long-term economic empowerment.

Sadly, this has been worsened by Covid-19, but it also justifies our urgent plea to reform the current social welfare system.

When I recently visited the Sassa Bellville office, I gained vivid insight into the hopelessness in the one sector with the core responsibility to offer assistance. Inundated with questions by those who spent hours standing in queues, and some even sleeping on the floor, I felt the residents' desperation, wondering when they would receive their grants, or even if they would be helped the same day.

In an adequate system, our most vulnerable should not have to worry about these issues or even feel this level of desperation. A fair and just system would put them at ease, knowing that their situation will get taken care of by a government that cares and intentionally plans its programmes from a place of empathy and concern. The sheer lack of care is beyond disappointing, with no starker display when vulnerable residents, patiently waiting in line, were sprayed by police water cannons while Minister Zulu was on that very site.

With the ongoing crisis at Sassa and the failure to also extend the Temporary Disability Grants, the ANC missed the opportunity to take the vulnerable into their confidence. If Minister Zulu, and ultimately President Ramaphosa, had any sense of empathy for the struggles of disability grant recipients, they would not have had tens of thousands of grants lapse in the first place.

As part of our oversight responsibility at the provincial legislature, the Standing Committee for Social Development called Sassa to account and asked it to provide regular reports on how they intend addressing the backlog in TDG applications. To date, no subsequent reports have been received.

The provincial Minister for Social Development, also trying to get Sassa to rectify this situation, met with the agency and identified that only 14 doctors in the province have been tasked by Sassa to assess a balance of over 39 000 applicants in the province by 31 March.

We are, without doubt, in an ANC-manufactured humanitarian crisis, and it is clear that national government is in no way capable of helping our most vulnerable residents.

We need a comprehensive, effective and sustainable approach to support our most vulnerable. We see that a capable government can achieve this, even in the toughest of times and with great fiscal constraints. The Western Cape Government shows us what is possible when a government uses a whole-of-society approach and partners with residents to do more for our vulnerable communities.

Cape Access Centres in the Western Cape serve as a place where residents are able to connect and use online resources to find ways of bettering their standards of living whether it be for job-hunting, schoolwork, or other IT needs.

Food gardens in the province are used to empower people further by giving them autonomy over what they produce. Small, but effective, projects like these are key to building an effective and capable state in helping those who rely on social security. The Directorate, for example, supports communities through its household food production programme, as well as school gardening programmes.

The support provided by the provincial Department of Social Development has extended to people with disabilities by setting aside R164m for programmes to aid persons with disabilities, which include residential facilities, protective workshops, social service organisations and special care centres.

Further, the provincial Department of Health holds the best response to the Covid-19 pandemic.

The Health Department in the province ran an effective campaign to secure temporary facilities. This was done even though there was not yet a shortage of beds in the province, but because Premier Winde's government was proactive in its response from the very start. This was complemented by what is known as the Bed-Bureau, allowing the province to know exactly how many beds and what type of beds are available in the country in real-time - the first of its kind in the country.

When it comes to housing, the Western Cape Department of Human Settlements adopted an approach which prioritises the most vulnerable in the province who require housing. Following the devastating fires in Masiphumelele, the province is already overseeing the handover of over 400 emergency structures. This can only be done by a government that is in touch with the realities of residents.

Although these are only a few projects that the Western Cape Government has undertaken to help those who are vulnerable, it shows a clear commitment by the province to really create an environment where people have the opportunity to thrive. We have many challenges, but we are working hard to solve them and to prove to residents that we share a sense of empathy towards the struggles of the most vulnerable residents. This is the type of caring government we need in charge of Sassa; one which recognises the value that the social security agency holds within society.

The Western Cape is therefore a prime example that more decision-making powers, along with their respective budgets, should be given to capable, fit-for-purpose provincial governments and municipalities.

With politics aside, we need to have a conversation about the competencies and budgets allocated to provincial and municipal governments.

Those that are fit for purpose and deliver beyond their mandate, as here in the Western Cape, ought to be given the tools needed to do more for residents. We have demonstrated our willingness and capability beyond reproach, and right now, the Western Cape achieves the greatest strides in addressing the devastating legacies of the past and the second pandemic of the present.

-  Gillion Bosman is a DA MPL in the Western Cape Provincial Legislature.

We live in a world where facts and fiction get blurred
In times of uncertainty you need journalism you can trust. For only R75 per month, you have access to a world of in-depth analyses, investigative journalism, top opinions and a range of features. Journalism strengthens democracy. Invest in the future today.
Subscribe to News24
Related Links
PICS | Lindiwe Zulu visits Cape Town Sassa office where police clashed with queuing beneficiaries
Progress made in reapplication process for Temporary Disability grants
Covid-19 grant beneficiaries hoping for a miracle
Next on News24
Paul Hoffman | The inconvenient truth about Masiphumelele

Every day ke payday for Daily Lotto players
Full list of lottery results
Lockdown For
DAYS
HRS
MINS
Voting Booth
When a Covid-19 vaccine for under 16's becomes available, will you be taking your children to get it?
Please select an option Oops! Something went wrong, please try again later.
Yes, immediately!
37% - 2341 votes
I'll wait to see how others respond
27% - 1691 votes
No, I don't think they need it
37% - 2340 votes
Previous Results
Podcasts
PODCAST | MISSING MATTHEW EPISODE 3: Decades of false starts add to a family's despair