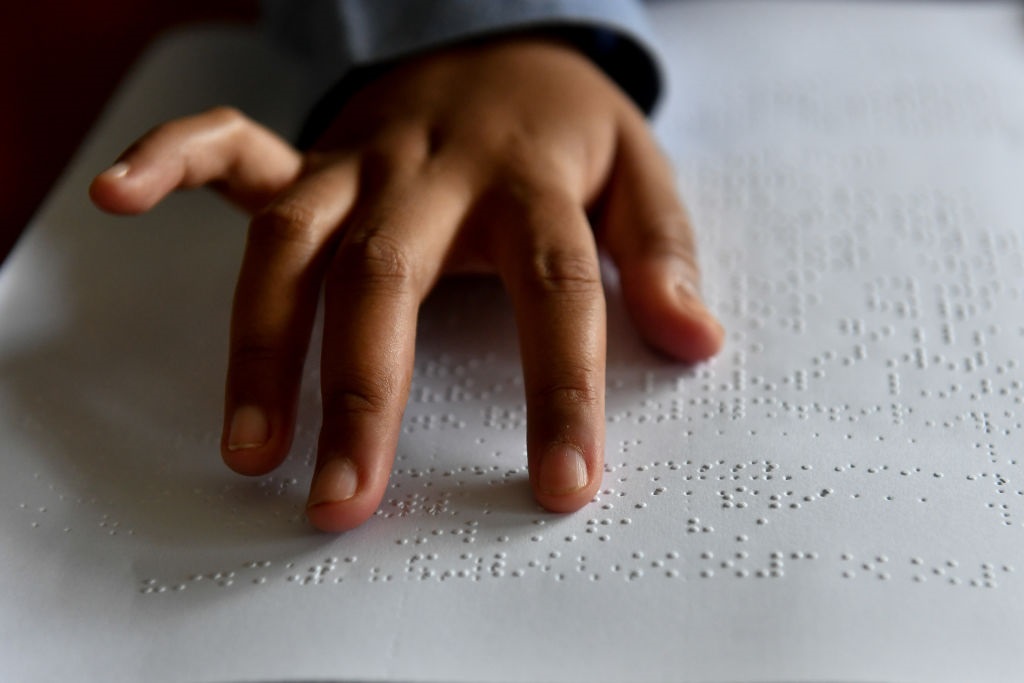 BlindSA has gone to court over a Copyright law.
Getty Images

Owen Dean examines BlindSA's court case over the Copyright Amendment Bill and gives a solution, which could make the court action unnecessary.

Blind people are at a distinct disadvantage and face serious challenges when it comes to reading the written word.

They need written text to be rendered in braille or in the electronic form to permit text-to-speech functionality with easy navigation across the text.

The international community, and more particularly the World Intellectual Property Organisation (WIPO), has embraced this plight of the blind.

WIPO has fathered the Marrakesh Treaty to Facilitate Access to Published Works for Persons Who Are Blind, Visually Impaired, or Otherwise Print Disabled (MVT). It is intended to mitigate the effects of the exclusive rights under the copyright of authors of literary works by allowing those works to be reproduced in and adapted for disability utility format (DUF) without their authority in certain circumstances.

The Department of Trade and Industry (DTI) has attempted to achieve the objectives of the MVT by introducing appropriate exceptions into our law by means of a Copyright Amendment Bill. Still, it has gone about it in an inept manner that has so far been unsuccessful.

Generally, copyright legislators balance the exclusive rights of authors against the public interest by making exceptions to those rights in certain defined circumstances. This internationally approved system is recognised in the Berne Convention for the Protection of Literary and Artistic Works (the Berne Convention), a WIPO instrument, and the Agreement on Trade-Related Aspects of Intellectual Property Right (TRIPS), an instrument of the World Trade Organisation (WTO).

South Africa is a party to both these treaties. Both the Berne Convention and TRIPS require these exceptions to be subject to the so-called "three-step test", namely:

The Copyright Act, 1978, reflects the Berne Convention and TRIPS. Although good law, it has become outdated, particularly regarding electronic works and digital communications. With a view to updating the Act, the DTI produced a draft amending Bill.

Justified criticism caused it to be redrafted several times.

Despite the DTI's efforts, the draft Bill remained an abomination. When the Bill came before the Parliamentary Committee on Trade and Industry, it rightly recognised its poor quality and redrafted it. Its draft Bill, barely an improvement, was passed by Parliament and was sent to President Ramaphosa for signature to become law. He was alerted to the shortcomings of the Bill and sent it back to Parliament for reconsideration.

Hopefully, it will go back to the drawing board for redrafting afresh. Among the Bill's shortcomings is the introduction of the alien American doctrine of "fair use" to the issue of copyright exceptions.

"Fair use" entails the court being granted an extensive latitude, subject to specific criteria, to determine just about any form of use (or misuse) of a copyrighted work, on an ad hoc basis, as being an appropriate exception.

By contrast, with the doctrine of "fair use," our Copyright Act deploys so-called "fair dealing" with work in creating exceptions in certain carefully circumscribed and exceptional cases. These are cases where the legislature (not the court) considers that works should be available for use outside the constraints of copyright restrictions in the public interest.

Exception for persons with visual disability

While being bad law, the Copyright Amendment Bill has a salutary aspect. It introduces section 19D, which provides for an exception to the author's exclusive rights in favour of persons with visual disability. The section purports to give effect to the MVT, with the clear objective of enabling South Africa to accede to it.

Section 19D must be viewed against the background of the tension between "fair use" and "fair dealing". In essence, it is in the nature of a "fair dealing" provision and is a welcome innovation.

The exception's realisation is being held up and hampered by the poor state of the Amendment Bill. One can understand the chagrin and frustration of BlindSA, the chief proponents of the exception, at their efforts to introduce it being thwarted in this manner and why they instigated litigation in the Gauteng High Court in Pretoria seeking an order compelling the government to read section 19D into the Copyright Act. None of this is called for.

There is a simple, viable solution that has not been recognised, seemingly due to it being a blind spot.

Section 13 of the Copyright Act deals with general exceptions in respect of the reproduction of works. It empowers the minister of trade and industry to make regulations allowing unauthorised reproductions to be made of works in specific cases. They must not conflict with a normal exploitation of works and not to be unreasonably prejudicial to the legitimate interests of the copyright owners, i.e. they must comply with the three-step test. The minister has used these powers in the past.

Section 19D in the Amendment Bill (subject to some changes to cure shortcomings) could comfortably be accommodated in the minister's regulations in terms of Section 13. Section 19D deals essentially with the reproduction of literary works by converting them to DUF. To the extent that Section 19D deals with actions that do not amount to the reproduction of works, no exceptions are required because the copyright in literary works does not currently cover those other actions.

Appropriate regulations should be drafted and published expeditiously by the minister. This will meet the aspirations of BlindSA and make their pending court case unnecessary. The solution is at hand if only one looks for it.

* This is an abridged version of an article published on the IPSTELL blog operated by the Chair of IP at Stellenbosch University.

- Owen Dean is an Emeritus Professor at the University of Stellenbosch and copyright advocate and author of 'Dean: handbook of South African copyright law'