OPINION | Covid-19: Government and the governed need a new bargain 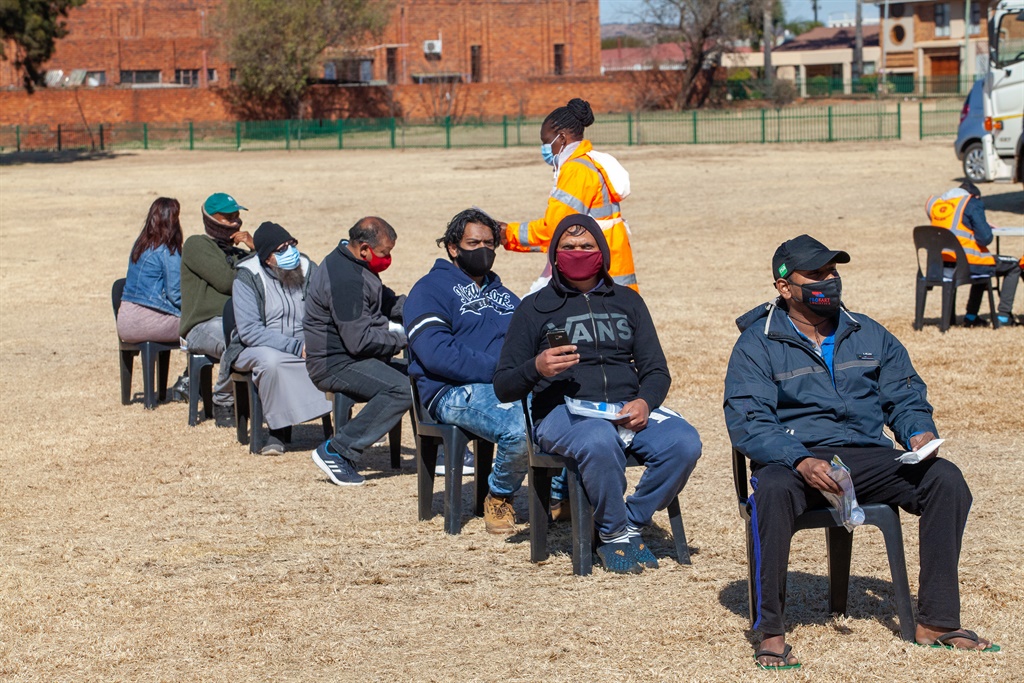 As South Africa surpasses the 100 000 infection mark, viral spread through community transmission is likely to increase exponentially. With it comes an urgent need for the government to regain a societal compact through coherent messaging and consistency, predictability and rationality in regulation, writes Vanessa Banton.

Monday marked 110 days since South Africa recorded its first case of Covid-19, precipitating a move that saw the country go into lockdown.

At first, perhaps due to fear or the belief that the lockdown period would not extend beyond a month, the lockdown was welcomed, even if met with some trepidation.

Approaches to it varied to be sure.

In a country of such vastly different, racially and economically unequal spatial and settlement patterns this was unsurprising.

"Lockdown" in a township, or the backyards of township homes or in informal settlements, for that matter, would naturally differ, but there was a general acceptance that there would be no alcohol or cigarettes for sale.

The fortunate stocked up while others made a plan, brewing at home, or for the more desperate, trying tea leaves as a substitute smoke. But by and large, there was grudging compliance. The middle classes in formal townships and suburbs even engaged in forms of self-policing and informal social control, on occasion shaming the lone dog walker or renegade jogger.

Recognised as one of the strictest lockdowns in the world, its extension was met with frustration and disbelief.

This frayed the buy-in. As increasing heavy handedness by law enforcement agencies caused great concern, and the number of deaths was not as high as feared, motives for the lockdown were questioned.

While not everyone was quite ready to send their kids back to school, there was increased urgency for the economy to start opening up as more people struggled to feed their families and meet their expenses.

Heartbreaking scenes of scrambles for food parcels flooded screens. Illegal alcohol and cigarette sales on the black market were doing a roaring trade. The government then announced a sophisticated system of lockdown, which would apply to different provinces of the country, and even different districts, depending on the rate of infection.

On the face of it, this looked well-worked out - but belying it was the woeful state of incapacity to enforce it on the part of the government.

Once in place, Level 4 showed only slight variations from Level 5, from which the country had moved. In the move from 5 to 4, exercise would now be possible and cigarettes, President Cyril Ramaphosa suggested, would be made available for sale.

Between his announcement and the introduction of Level 4 regulations, something changed. Whatever the merits and motivations of the withdrawal of cigarette sales, to most people it seems like a promise was broken.

After more than a month of hard lockdown, smokers were denied a fag. Even non-smokers felt the smokers' pain. Trivial or not, this further eroded already declining trust in the government.

Absurd regulations around the sale of clothing did nothing for government confidence, even as it turns out, private industry players had a hand in drafting them, demonstrating that the much-lauded business sector is sometimes no better than the government.

A move to Level 3 came quicker than expected.

On 1 June, almost all economic activity, except that deemed high-risk, was allowed to resume. What was allowed and what was not, remained haphazard. People could go to places of worship or take a game drive. Children in grades 7 or 12 could return to school but working mothers with little children remained stranded as creches could not open.

Alcohol could be bought, but not cigarettes and there is still no clarity from the government as to why cigarettes could not be sold. Domestic workers could return to work, but visits to family members were still not allowed. People started inviting two "domestic workers" and three "gardeners" to work on Friday evenings - provided everyone brought their own alcohol.

Then came the never-before-seen advanced Level 3 lockdown, which allowed sit-in meals at restaurants, going to the cinema or gambling at the casino, but still no family visits, and definitely no cigarettes.

The move to Level 3 saw an explosion in the number of positive cases. Gauteng, originally the epicentre of the pandemic was overtaken by the Western Cape, followed by the Eastern Cape.

Level 3 and the opening of the economy saw this dynamic change. Infections in the country's economic hub saw it move from third place to second, with predictions suggesting that it would once again be the epicentre.

But a walk around a shopping mall or taking a walk at any time of the day, a liberty allowed under Level 3, it would appear as if there is no pandemic. The original spell of fear cast by Covid-19 seems to be broken. Groups of people huddle together in shopping centres, practicing social distancing is receding and an increasing number of people no longer bother with wearing a mask.

Fear of the virus is disappearing.

There is widespread belief that infected people experience only mild symptoms and its only people with serious comorbidities and the aged who are at risk. The novelty of the "new normal" has worn off. Frustration and anxiety has crept in. People crave the fellowship of family and friends and those lucky enough to have work, wish to return to it.

The fading fear and general disregard is not helped by inconsistency in government regulation.

It is absurd to be able to see friends and family at a restaurant but not at their homes, to be visited by a gardener or domestic worker but not anyone else, to have exercise hours originally restricted without rationale to two inconvenient hours a day, to continue a ban on cigarette sales without advancing reasons.

Worse, we have seen a government develop grand social care and assistance packages, but lack the capacity to deliver them. Only a fraction of people eligible for the special R350 Covid-19 grant have received them, applications for other relief have been beset with technical and teething problems.

There are emerging reports of corruption in the relief, grants and emergency procurement of Covid-19-related goods and services, and even Good Samaritans wanting to assist starving people were told that they had to do it through the government - only to see people were still left starving because either food parcels were corruptly captured, or the government was too ineffective in delivery.

This has been compounded by inappropriate policing, which sees crackdowns on generally law-abiding citizens breaking one or other small lockdown regulations. This heavy handedness comes down on the same citizens who have witnessed a policing system largely unable to deal with  everyday crime and violence, or the deep corruption that has hampered the  government's ability to deliver, which has had an impact on government relief and stimulus efforts, and on the economy as a whole.

As South Africa surpasses the 100 000 infection mark, viral spread through community transmission is likely to increase exponentially. With it comes an urgent need for the government to regain a societal compact through coherent messaging and consistency, predictability and rationality in regulation. In the short term, this will be necessary to begin rebuilding trust.

- Vanessa Banton is News24’s deputy news editor and is the incoming opinions editor.

Related Links
OPINION | Vanessa Banton: Chris Hani and the year my life exploded
OPINION | A day in the life of a Covid-19 clinic on the Cape Flats
OPINION | The case for standardising the cost of the Covid-19 test
Share
Next on News24
OPINION | Housing crisis more complex than it seems