OPINION | David Unterhalter and BDS: Not the first campaign against Jews being judges 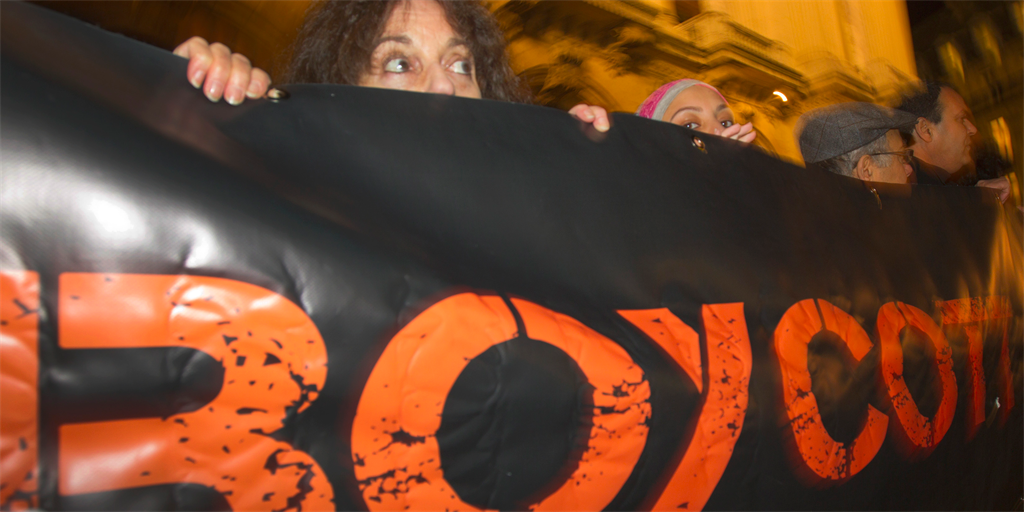 David Hirsh and Charisse Zeifert ask why would an association with the representative body of a person’s community disqualify them from sitting on the Constitutional Court following BDS's statement on David Unterhalter?

South Africa is both a community of communities and a republic of individual citizens.

One of the core common values that unites it as a nation is a shared respect for diversity of beliefs, histories and cultures. Individuals have multiple and complex identities which they choose, which they create, and which they inherit.

In this, the South African Jewish community is no different. It is heterogenous and contradictory, prone to ever shifting disagreements and robust debates about everything.

There are many organisations within the Jewish community doing diverse things and in diverse ways.

There is a spectrum of synagogue movements from liberal to orthodox. There are Jewish schools, charities, women and youth organisations, outreach and interfaith bodies, student, educational and political organisations. These institutions elect the members of the South African Jewish Board of Deputies (SAJBD), which is therefore the democratic, representative spokesbody of South African Jewry.

For 118 years, the SAJBD has fought to uphold the rights of the Jewish community and has worked hard to combat anti-Jewish prejudice. It builds bridges of friendship between Jews and their fellow South Africans. It works closely with more general human rights bodies like the Hate Crimes Working Group to ensure that the Jewish defence against antisemitism in South Africa is part of the wider national fight against racism, discrimination and intolerance.

Enter here the South African BDS Coalition, a campaign to exclude Israelis from the global scholarly, sporting, artistic and commercial community of humanity. It wrote a letter to the Judicial Service Commission objecting to David Unterhalter's nomination for the Constitution Court. It objected "on the grounds of his association with the SA Jewish Board of Deputies".

Why would an association with the representative body of a person's community disqualify them from sitting on the Constitution Court? The BDS coalition says that the "values, ethos and actions" of SAJBD are incompatible with those of South Africa because, it says, SAJBD is "Zionist".

SAJBD may well be "Zionist" but what it means by that word is not the same as what the BDS campaign means by it.

The body which speaks for South African Jews believes unequivocally in Israel's right to exist and it also hopes that the Palestinians can create a democratic state for themselves. It argues for a politics of peaceful co-existence between the two small nations, both themselves victims of 19th  century imperialism and 20th century totalitarianism.

The overwhelming majority of Jews have, in some form or other, supportive relationships to the state of Israel.

Some Jews feel religious connections to the land of Israel, to the very place names mentioned in the holy stories of their ancestors that they read in synagogue.

Some Jews are highly critical of the Government of Israel, accusing it of betraying the core democratic values of their Zionism with its practices and with its rhetoric. Others are supportive of the government's fierce and uncompromising defence of the Jewish minority in the Middle East, which has survived three wars of annihilation and which keeps an eye on the antisemitic movements in neighbouring states. Many Jews feel all three kinds of Zionism at the same time; or at different times, when they're hopeful or when they're afraid.

But the reality, complexity and diversity of the Zionism of South African Jews is deliberately ignored by the BDS movement.

BDS does not allow Jews, as individuals or as a community, to define their own identities. The BDS movement wants to define our Zionism for us, against our will, and without consultation. It defines Zionism as racism and as support for apartheid. In so doing, it defines Jews as alien to South Africa and as corrosive of its most foundational principles.

BDS does offer an exemption for "exceptional Jews" who are willing to denounce Israel using the precise terms which would make "Zionists" appear as disloyal citizens of South Africa. But most Jews will never accept this offer to outsource the articulation of their own identities to a movement which has so little understanding of them, and so much hostility to them.

The SAJBD is an ordinary, broad, representative, communal body like many other civil rights organisations in South Africa. By labelling the SAJBD as "pro-apartheid", BDS defines the Board as an organisation which, in its essence, violates the core values of South Africa. It denounces South African Jews as being alien to their country.

You might think that an organisation which teaches South Africans to regard most Jews and their communal organisations as racist and therefore evil, might be shy to enter a discussion about antisemitism.

Having defined our Zionism, the BDS campaign proceeds to attempt also to define the antisemitism that we experience.

The BDS campaign says that if you want to understand antisemitism, you should listen only to the small minority of Jews who agree with them that ordinary Jews are racists, loyal to apartheid Israel and alien to South African values. It turns out that there are some Jews who are willing to endorse the BDS campaign's attempt to define Jewish identity, Zionism and even antisemitism.

They try to normalise these hostile impositions which fly in the face of Jewish experience, which silence the voice of the Jewish community, and which seek to exclude Jews from participation in the public life of their country.

In case you think this is exaggerated, we provide a letter that Mary Kluk, Director of the Holocaust and Genocide Centre, shared when she saw what the BDS coalition had said. Written in June, 1926 (before both the Holocaust and the establishment of Israel), it is written to a Jewish doctor, Dr H Schulgasser, who applied for locum work as a doctor in South Africa. The letter says:

"... [A]lthough it is rather painful to do so, we are bound... To tell you that, even when locum-tenancies are available, there is a tremendous prejudice against your race... [and] we have strict instructions barring your people out of consideration."

At that time the antisemitism was explicit. Today's antisemitism also wants to exclude Jews from full participation as citizens, but it does so using ostensibly anti-racist language. In this way it is BDS that is conflict with values and character of this country, not the Jews that it seeks to boycott.

- Charisse Zeifert is head of Communications at the South African Jewish Board of Deputies.

We live in a world where facts and fiction get blurred
In times of uncertainty you need journalism you can trust. For only R75 per month, you have access to a world of in-depth analyses, investigative journalism, top opinions and a range of features. Journalism strengthens democracy. Invest in the future today.
Subscribe to News24
Next on News24
Kyle Cowan | Minister Mkhize, it’s time to trust South Africans with the truth around Covid-19