AfriForum respects Kriek’s right to believe that he and organised agriculture can prevent expropriation without compensation by attempting to win the ANC’s favour and pacifying them, writes Kallie Kriel

AfriForum strongly believes that it is in the interest of South African farmers that the different organisations who have farmers as members refrain from publicly slinging mud at one another.

This is why AfriForum went to trouble to sign agreements with Agri SA and TAU SA, which determine among other that the organisations will not attack one another in public.

It is therefore disappointing that, already during his tenure as President of Agri SA, Dan Kriek does not make good on his organisation’s undertaking by disrespecting this agreement.

Dan Kriek’s article "Farmers should be wary of AfriForum's attempt to move in on agriculture, land" (News24, 8 March 2020) is another continuation of his attempts to win support from the ANC by maliciously attacking AfriForum.

The same goes for Agri Eastern Cape, who now follows Kriek’s example, despite the agreement between Agri SA and AfriForum.

The series of unfounded accusations that Kriek makes against AfriForum must be refuted, however. I therefore gladly reply.

AfriForum has more individual farmers as members than any agricultural organisation in South Africa.

AfriForum therefore has a responsibility to serve these farmers’ interests.

Members decide every month to support AfriForum and there is no way that AfriForum would swerve from protecting its members’ interests.

Kriek’s statement that Agri SA received its mandate from farmers is but a half-truth.

When fertiliser manufacturers - as has happened before - team up to keep their prices high, it affects farmers adversely.

An agricultural organisation that gets its mandate from farmers as well as agricultural businesses will therefore find it difficult to maintain that it only serves the interests of farmers.

It was in the interest of farmers, red meat consumers and the long-term sustainability of sheep exportation that AfriForum became involved by applying pressure on the Al Mawashi shipping company to improve the poor conditions on the ship that transports live sheep from South Africa.

This decision was taken based on three facts on the table:

In the interest of farmers, AfriForum is in favour of the exportation of animals in an ethically acceptable manner.

The world’s eyes have been on the practices and circumstances under which livestock is transported because of green activism against the consumption of meat and the extensive pressure on the livestock industry.

Agri SA requested a report from the Livestock Welfare Coordinating Committee (LWCC) on the conditions under which sheep are exported, as well as advice on the adherence to internationally acceptable standards.

This was the right thing to do and the integrity of the LWCC under chairpersonship of Prof. G. Bath has been above suspicion since 1978.

The LWCC published a damning report on 30 January 2020 in which it clearly addresses the shortcomings in terms of the feeding pen, facilities and design of the ship, the handling and managing of the sheep, as well as the welfare and the condition of the sheep.

The report shows unequivocally that the guidelines of the World Organisation for Animal Health (OIE) are not adhered to: "Not only was animal welfare significantly compromised in the photographical evidence reviewed, it also raised questions for the livestock industry in South Africa."

The question begs: how should organisations with farmers as members answer to this?

Seemingly with Kriek’s support, Agri Eastern Cape decided to simply sweep the report that they themselves requested under the carpet and launch a public surprise attack on AfriForum, pretending that AfriForum's case is against farmers.

Given that the report that was requested by Agri SA has already been brought to the OIE’s attention, the risk is still great that South Africa’s reputation as exporter of livestock may be damaged if the situation isn’t rectified.

Are Agri Eastern Cape and Kriek prepared to accept responsibility and accountability if this happens? On the contrary, AfriForum wants to prevent such a disaster for farmers by actively pressuring Al Mawashi into getting its house in order.

How should expropriation without compensation be fought?

AfriForum respects Kriek’s right to believe that he and organised agriculture can prevent expropriation without compensation by attempting to win the ANC’s favour and pacifying them.

The problem with such an approach is that it has already failed.

Despite Kriek’s best efforts, the Presidential Advisory Panel declined to include Kriek’s proposals in its final report, while the ANC coolly continues with their plans to violate property rights.

The ANC’s balance of forces approach showed that they rather react to pressure than a pacifying approach.

This is why AfriForum is currently mobilising domestic and international pressure to force the ANC to ditch its catastrophic land plans.

It is rather shocking that Kriek decided to launch a malicious attack on AfriForum rather than criticising the ANC’s plans.

The same happened in August 2018 when AfriForum published a list of farms that the ANC planned on expropriating.

Kriek and Agri SA accepted the ANC’s lies that the list was false on face value and attacked AfriForum - to great cheer from ANC cadres.

Agri SA’s refusal to fight with AfriForum and TAU SA against the expropriation of Akkerland, which was listed first on the published list, caused great division among farmers.

AfriForum will once again and in cooperation with its agricultural partner Saai and on request of members of Agri SA become involved in court proceedings to protect their property rights against farm invaders - because Agri SA refuses to help.

Rather than attacking AfriForum, Kriek should rather provide clarity on whether he still believes that market-related compensation isn’t paramount, that the interests of smaller family farmers can be sacrificed, that there isn’t a separation between policy influencing and billing and cooing with the ANC, and that expropriation victims such as Akkerland should be left to their own devices.

These are the cases that AfriForum fight after Kriek, as President of Agri SA, let the farmers down.

AfriForum will continue to do this, despite the lies that some people in agricultural circles are spreading.

- Kallie Kriel is CEO of AfriForum 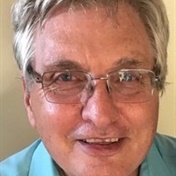 Every day ke payday for Daily Lotto players
Full list of lottery results
Lockdown For
DAYS
HRS
MINS
Voting Booth
Have you downloaded the Covid-19 tracing app?
Please select an option Oops! Something went wrong, please try again later.
Yes I have
14% - 958 votes
No, and I will not be downloading it
77% - 5357 votes
Not yet, but I plan to
10% - 682 votes
Previous Results
Podcasts
PODCAST | THE STORY: A look into News24’s exposé of the KwaSizabantu cult in KZN