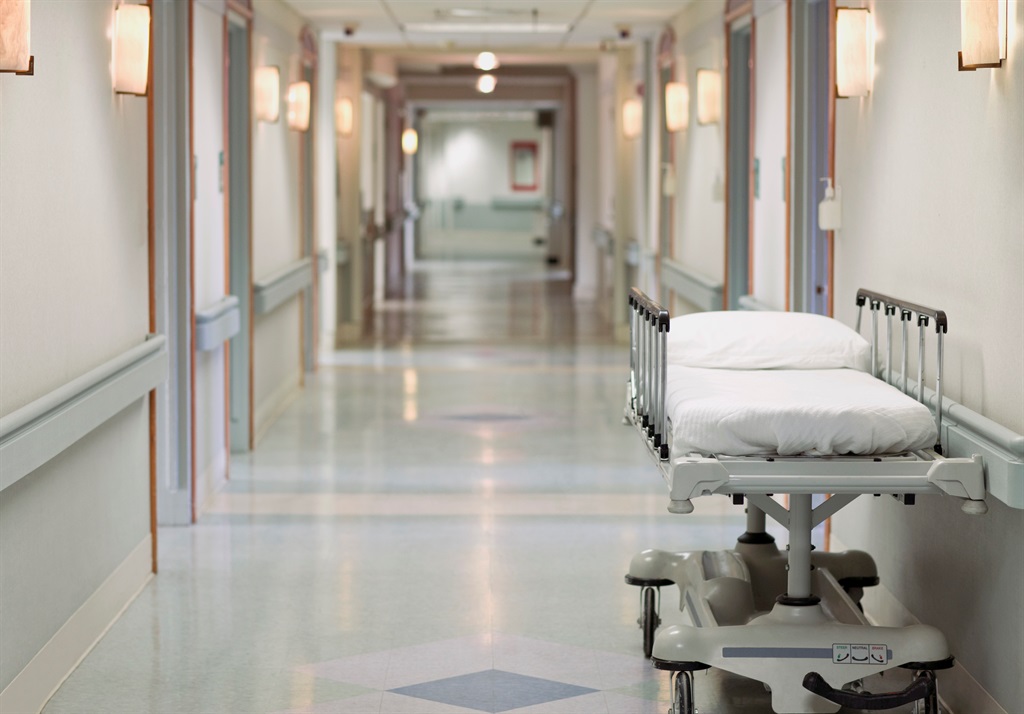 The healthcare system in most African countries is a shambles - underfunded, understaffed leading to poor service delivery, writes the author.
PHOTO: Getty Images

The Covid-19 pandemic has exposed Africa's vulnerability and ill-preparedness for a public health crisis. African leaders should wake up and smell the coffee, writes Kevin Onyenankeya.

On Wednesday, 25 May 2022, Africa commemorates the 59th anniversary of the Organisation of African Unity, now the African Union.

As has been the practice, leaders across the continent will mount the podium with pomp to pontificate on the organisation's legacies and rehash the jaded rhetoric about unity and shared heritage. But it is an open secret that the Africa Union has proven to be a house divided against itself on many fronts.

When it comes to critical policies that will lift the continent from the backwaters of the global economy, you have many, nay, a cacophony of voices but no discernible collective goal and strategy to achieving it.

Today, after nearly six decades of fending off cultural imperialism, Africa's famed cultural heritage remains destabilised and contested from within and without the continent. For an organisation with peace and unity as its overarching goal, this is some distance travelled.

Nevertheless, we celebrate the founding fathers' vision to foster a strong cultural identity and fast-track political emancipation. Their desire to forge a united front was a laudable objective for all intents and purposes.

As the Africa month winds gradually to an end, it is important to point our leaders to a weightier and very present need, poor public health funding. The saying, health is wealth, is not just an aphorism - it is the bedrock for a productive workforce and the future wellbeing of societies.

Unfortunately, the healthcare system in most African countries is a shambles - underfunded, understaffed leading to poor service delivery. In several African countries, especially in the rural areas, many die over minor sicknesses taken for granted in other climes because of poor infrastructure and care in the broken public health facilities or the inability to pay for expensive private medical services.

Across the continent, mother and child mortality is quadruple the global average. It should be depressing to the African leaders that nearly three decades after the establishment of AU, the continent remains the epicentre of malaria disease accounting for 94 per cent of malaria deaths globally.

Tuberculosis and HIV/AIDS remain rampant, while Lassa fever, a virus transmitted by rodents, breaks out intermittently in parts of Africa, especially Nigeria, one of the so-called giants of Africa. According to the International Finance Corporation (IFC), Africa's healthcare is the worst globally. Yet, Africa's per capita disease burden as a function of disability-adjusted life years (DALYs) is approximately double the rest of the world. Experts say Covid-19 has worsened the situation.

Compounding the overwhelming health burden is the unhealthy state of affairs where virtually all the African countries source the bulk of their drugs and equipment supplies from overseas entities. The few local medical and pharmaceutical companies have been crowded out by heavily resourced multinationals leaving many African countries to the mercy of international pharmaceutical monopolies.

Although many aspects of the African healthcare system are below the UN's minimum threshold, African leaders have paid only lip service to public health funding. Over two decades ago, in 2001, African countries committed to allocating at least 15 percent of their budgets to health care. Three years after, in Abuja, Nigeria the target was raised to 19 percent. Both the first and second targets remain a pipe dream.

Many African countries depend on donors to fight disease outbreaks. Africa has always looked to the west for a cure and vaccines, whether it be HIV/AIDS, Ebola, Polio, smallpox, yellow fever, meningitis, typhoid or Lassa fever outbreak.

While we commend the interventions of global non-profit organisations and multilateral agencies, including WHO in Africa, these efforts do not go far enough. Besides, there is a limit to international cooperation and health diplomacy. Africa leaders must realise that they cannot depend on outside intervention in perpetuity.

Whether we like it or not, countries will always prioritise their own citizens in times of global health crisis. Despite the groundswell of international cooperation and solidarity in combating the Covid-19 pandemic through the COVAX vaccine distribution initiative, we saw how the rich nations cornered the vaccines through their own direct deals with the big pharmaceutical companies.

While WHO and developing nations rightly denounced the so-called vaccine nationalism, one cannot blame the rich countries for prioritising the health and wellbeing of their citizens because health, like all politics, is local. Recall also the strong pushback from the US, UK and EU and their big pharmaceutical companies against the request to waive vaccine patents by South Africa, India and some not-for-profit organisations.

Today, these countries remain adamant about sharing the science or technology involved in vaccine production. The Covid-19 pandemic has exposed Africa's vulnerability and ill-preparedness for a public health crisis. African leaders should wake up and smell the coffee.

Reliance on foreign aid and international solidarity to solve deep-rooted healthcare delivery challenges is unsustainable. No matter its humanitarian disposition, the global north would always look out for what is best for its own citizen. Similarly, big Pharma corporations follow profit and do not give a hoot about so-called global solidarity or indulge in pity-party. Even in the event of humanitarian assistance, there must always be something in it for them. That is the way capitalism works.

How can the continent reverse its present dismal healthcare system, especially its overdependence on donors?

The starting point is for African leaders to invest massively in the health sector. The IFC projects that the continent will need to invest about $25-$30 billion over the next decade to produce about 90,000 medical doctors, 500,000 nurses, 300,000 community health workers and over half a million-hospital beds. This requires substantial and sustained budgetary allocation to the health sector. The current average budget of five per cent for healthcare is unsustainable and could negatively impact higher economic growth.

Secondly, while investment in infrastructure and human capital development is crucial, greater attention needs to be given to research and development, which is the least funded in the African healthcare ecosystem. The Covid-19 vaccine nationalism and the reluctance of big multinational pharma corporations to waive patents or license to allow poorer countries to produce vaccines and drugs at a cost price make it incumbent on African leaders to chart a new trajectory for the health sector.

Additionally, it could bolster local manufacturing. Local production is critical in building an efficient supply chain system that can lower the prices of essential drugs and increase access to health care services, especially for the poorest people. In order to achieve this, African countries need to provide additional financial incentives to local drug and medical equipment manufacturers in the form of tax cuts or the provision of special purpose finance vehicles to support local manufacturing.

Thirdly, and this is a long-term project, African leaders must come together to establish a vaccine development and production hub. This centre will focus on developing vaccines to tackle the many diseases ravaging the continent. The AU is better positioned to facilitate and sustain this kind of regional intergovernmental project as a collective. While few African countries have the financial and scientific capability to achieve it alone, pooling resources and expertise together may prove to be the most expedient and cost-effective way to realise this objective.

Finally, Africa must take a leave from the EU and work to improve regional cooperation and integration. The current silo mentality where countries embark on exclusive often-nationalistic strategies is counterproductive. Increased regional collaboration is key to guaranteeing the health security of Africa's teeming population.

This year's Africa month offers an auspicious opportunity for African leaders to rethink the healthcare funding model and develop a blueprint that will ensure efficient, accessible and affordable healthcare delivery and reduce the dependency on donors across Africa.

African leaders must be intentional about healthcare improvement as health issues have broad and long-term implications for the wellbeing and economic growth of societies. The founders of AU have fought and won the political battle. The current leaders must emancipate their people from the healthcare burden by upending the current poor health budgets and dependency on donations.

African leaders must realise that the global north is not the solution to their decrepit health system. Health security lies within the borders of their respective societies. An equitable, accessible, and affordable healthcare system is possible in Africa if leaders eradicate corruption, inefficiency and invest consistently and substantially in the health sector.

- Dr Kevin Onyenankeya is a Senior Lecturer and Head of the Communication Department at the University of Fort Hare. His research focuses on risk communication, particularly environmental and health issues.