OPINION | Moepeng Valencia Talane: Accountability not a choice, it's an obligation, Dr Mkhize 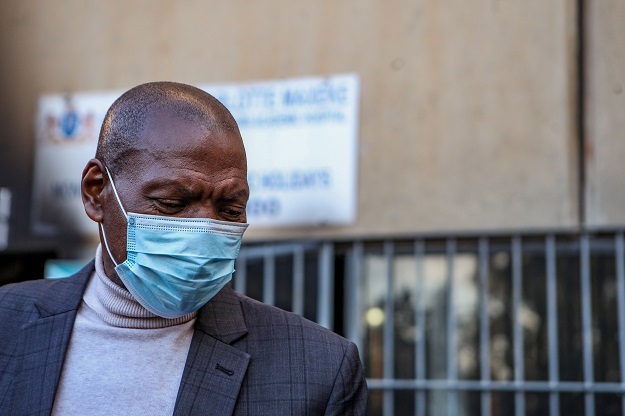 As Health Minister Zweli Mkhize takes this time to dedicate his attention to the SIU investigation, as he says, one can only hope that he also reflects not only on his leadership in handling the pandemic, but also on the only requirement that South Africans hold for tainted government leaders: to account fully for their actions and trust the process, writes Corruption Watch's senior journalist and editor Moepeng Valencia Talane.

As Health Minister Zweli Mkhize goes on special leave from office – the Digital Vibes corruption scandal hanging over his head – I'm reminded of an article he penned in June last year for TimesLIVE, at a time when the country was coming to grips with life in the middle of a pandemic.

At face value, the piece represented a day in his journal, recording what he typically gets up to: from his early morning start, exercise routine and what he eats for breakfast; to his daily check-in meetings with provincial MECs of Health and the rest of the teams he works with to help the country overcome the throes of the health crisis we still find ourselves in.

On a grander scale, it represented what we all wanted to see happening, to be reassured at a time of the biggest health crisis yet: a health minister who is on top of his game and is putting the country's immediate needs first. Financial Mail named Mkhize its newsmaker of the year, calling on him to give his take on the PPE corruption that has gripped the country since last year.

His cheerers lauded his leadership, and worried about the toll of the work on his health and his family, while cynics dismissed the praises heaped on him, noting that we've become so used to mediocrity as South Africans that we fail to see a minister's job for what it is: a basic requirement to manage a crisis when it emerges.

In the article, Mkhize drew on the personal, describing a lump in his throat when he considered the complacency with which some South Africans were choosing to engage with Covid-19, not taking precautions and, in turn, placing many other lives in potential danger. He was worried that, by the time the realities of the pandemic hit, it would be too late to reverse the damage done by denialism.

One year, a couple of waves and several moves up and down the lockdown levels later, the tables have turned. Mkhize leaves office with no assurance that he will be back to the tasks he so ardently wrote about in the article. This also happens at the exact time when South Africans need reassurances that the government's vaccine rollout programme will eventually succeed in its objectives.

Mkhize has denied personally benefitting from the proceeds of the allegedly irregular tender awarded by his department, to two close associates of his, for the rollout of communications work related to the government's Covid-19 strategy. He has also told the media that it was he who took the issue of the R150 million tender to the Special Investigating Unit (SIU), and that any proceeds his family may have received – that he says he knew nothing of – will be paid back.

READ | Paul Hoffman: Mkhize is in breach of his constitutional obligations

Guilt or ignorance aside, considering that this is not the first blot on his political profile, Mkhize did one thing wrong in the aftermath of the media reports on Digital Vibes. He looked the other way, when the need to take accountability stared him in the face.

His shocking snub of Parliament last week was but one sign of this. He cited legal advice as the reason for not appearing before the portfolio committee on health, but chose to not relay this in person before the committee.

Riding the wave of public anger

This, against the backdrop of Covid-19 corruption linked to procurement, which is being termed "the other pandemic", to symbolise its gross manifestation at a time when thousands have lost their livelihoods, and even their lives. Imagine the optics in a situation where the minister honours an invitation to those to whom he is accountable and explains his legal position in person, in acknowledgement of its importance in his line of work.

That he is directly implicated could never be seen to be a good enough reason for not showing face. But until very recently, President Cyril Ramaphosa, too, seemed to accept this. He had taken the position that only after the SIU completes its report will he act on Mkhize. With the SIU report expected only at the end of June, both the president and the minister were sending the message that they were happy to ride the wave of public anger until then. It was as if Mkhize failed to summon the common sense that should prevail for a member of the executive at a time like this.

Again, never mind guilt or innocence, his role in the aftermath of the corruption allegations should have been to demonstrate to citizens what accountability means. Show up for the portfolio committee meeting and account to it by citing the legal advice as it has been received, instead of showing it the middle finger.

Ramaphosa's own inaction has not gone unnoticed. One current affairs commentator took to social media following the president's announcement that he would be travelling to the UK for the G7 Summit, to lament his disregard for the noise surrounding Mkhize. Ramaphosa was taking the business-as-usual approach at a time when the confidence of the country was diminishing with daily updates on this most upsetting story of Covid-19 corruption yet, he said.

Others charged at Ramaphosa for his double standards in applying the ANC's step-aside rule, no doubt the party's most recent cause for dispute, seen as fuelling factional battles and muffling his opponents within the ANC. The goose/gander idiom applies, given that several ANC leaders have been instructed to step away from public duties while facing corruption and other allegations.

Ramaphosa's energy in this affair has not been of the standard that his critics would have expected. Granted, Mkhize being a member of the executive means that the state's accountability measures should be followed, but one cannot help but wonder if his silence as ANC president is meant to buffer the political blows to one of his faction mates. After all, one Health MEC fell on her state sword when allegations of corruption linked to her time as ANC office bearer resurfaced. Sindiswa Gomba faces charges of corruption in relation to preparations for Nelson Mandela's funeral.

As Mkhize takes this time to dedicate his attention to the SIU investigation, as he says, one can only hope that he also reflects not only on his leadership in handling the pandemic, but also on the only requirement that South Africans hold for tainted government leaders: to account fully for their actions and trust the process.

-  Moepeng Valencia Talane is a senior journalist and editor at Corruption Watch.