While there doesnt seem to be much interest from African countries in applying for the top positions at the African Union Commission, there should be, writes Neil Cole.

A fresh round of recruitment for the top positions at the African Union Commission (AUC), the Secretariat of the African Union (AU), is currently underway. Even with the possibility of some of the incumbents serving a second term, the position of chairperson, deputy chairperson and several commissioners are up for grabs.

Those familiar with the inner workings of the AUC and attracted to the remuneration packages and perks are likely to have submitted their CVs and lobbied their favourite politician. Hopefully, included amongst the applicants are those that believe the AU should and can improve the lives of Africans, and that they have what it takes to achieve the organisations objectives.

For the majority of Africans, the recruitment to these highly prized positions at the AUC will not receive a second thought or even a first - not that the AU is unknown.

The lack of interest has more to do with the perception that the AU does very little and has a limited role, if any, in bringing about real change to the lives of Africans.

The objective "to promote cooperation in all fields of human activity to raise the living standards of African peoples" is listed as the 11th out of the 17 objectives of the organisation. All 17 objectives, especially the 11th, will take some doing for a continental body that has no direct say in the way that individual member countries are governed, especially if all that you are doing is promoting cooperation.

This does not mean that we should dismiss the contribution of the AU, let alone the recruitment and filling of its top positions.

On the contrary, we should be taking a greater interest in the AU, in the same way that we take an interest in the performance of our respective African governments. With the recent membership by Morocco, the AU now comprises of all fifty-five African countries.

Its highest decision-making body is the summit of Heads of States and Governments. The current president of the summit is South Africa’s Cyril Ramaphosa.

A not too small contribution of the taxes of the 55 member countries are paid over to the AUC for it to run its affairs.

For the 2017 financial year, the contribution from member countries was about $300 million and a similar amount came from partners, such as the European Union. With a budget that hovers around $600 million (R9.9 billion) and climbing, there is a great deal of fiscal space to make progress on the 17 objectives, especially the one that speaks to the "…raising of living standards…".  But to do so, the best qualified Africans need to be working for the AUC.

Who occupies the top positions of the AUC should interest all Africans.

The chairperson fulfils the role of the Chief Executive Officer, the deputy fulfils the role of Chief Operations Officer, and the commissioners complete the executive by overseeing portfolios such as peace and security, social affairs, infrastructure and energy, and rural economy and agriculture, amongst others.

When these positions become available at every four-yearly cycle, member countries should use the opportunity to recruit and nominate the best possible candidates, and to ensure that the process is transparent.

A transparent process will align well with the open process that is required for the recruitment of government officials in South Africa and also in keeping with the reforms that the AU has introduced to make the organisation more transparent and accountable.

By advertising the vacant positions for commissioners and requiring candidates to complete the standard Z83 application form required of all prospective public officials, South Africa’s minister of international relations is signalling a move towards a more transparent process, and hopefully committed to selecting the best possible candidates.

Once South Africa has chosen its candidates, President Cyril Ramaphosa and Minister Naledi Pandor will need to lobby southern African countries, who will likely also present their own candidates. While we have no control over the process that will be followed by Angola, Namibia and the other 11 SADC members, we in South Africa should ensure that our candidates are good enough to pass the regional hurdle, and more importantly, will be able to contribute to achieving the seventeen objectives of the AU.

A transparent process gives us the best opportunity at choosing the most qualified.

As a minimum requirement, and with a strong gender preference, South Africa’s candidates should have:

Selecting candidates for their "political-royalty" or "struggle-credentials" and ignoring the criteria that matters, not only disrespects the role of the AU, it also fails the people of Africa. These should not be positions for "pals" but positions that should be taken seriously, with the resultant effort to recruit the best candidates.

In so doing, the AU be in a better position to "… raise the living standards of African peoples" and also deliver on it many other objectives.

- Neil Cole is the Executive Secretary of the Collaborative Africa Budget Reform Initiative. 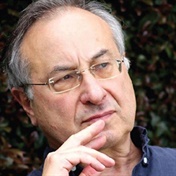 One player wins R300K Daily Lotto jackpot
Full list of lottery results
Lockdown For
DAYS
HRS
MINS
Voting Booth
Russia has approved a Covid-19 vaccine. Would you take the vaccine if it were available in South Africa?
Please select an option Oops! Something went wrong, please try again later.
Yes I would
25% - 4041 votes
No I would not
31% - 4965 votes
I'd wait to see the outcomes first
45% - 7257 votes
Previous Results
Podcasts
PODCAST | THE STORY: Femicide still remains the main concern as we celebrate Women's Month