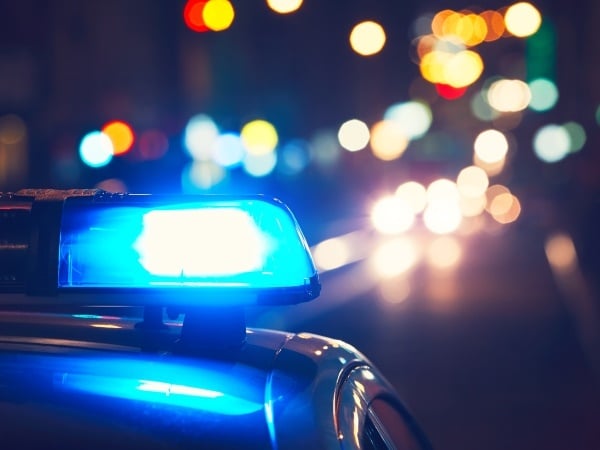 Corruption Watch has sent a submission to Parliament on three GBV bills, looking at the role of the police, and the invisibility of sex or sexual favours as currency for corruption, writes Sabeehah Motala.

Before Parliament are three very important bills, amending various laws, all in the name of dealing with gender-based violence (GBV). So what are we, as an anti-corruption organisation, doing sticking our nose into GBV matters?

A feminist conception of corruption leverages on the idea that many intersecting power structures exist in society, which dictate peoples’ experiences. An intersectional analysis of South African society would reveal power dynamics based on race, gender, economic class, ability, and sexuality, among others.

All phenomena in South Africa can be analysed through an intersectional lens – from employment and income, to healthcare and housing. Corruption is no exception.

We are becoming increasingly aware of patriarchal power dynamics intersecting in instances of corruption. For example, when women report GBV or domestic violence at police stations, it may be insinuated that it was their fault. Or the fact that women may be asked to perform sexual favours in exchange for something, instead of a monetary bribe. Corruption Watch has based its comment on the GBV bills along these two themes: the role of the police, and the invisibility of sex or sexual favours as currency for corruption.

We have called for the Portfolio Committee on Justice and Correctional Services, as guardians of implementation of the law, to recognise that there is a problem with our policing services.

The police have, on some level, been infiltrated by patriarchal attitudes that result in victim-blaming, disbelief, and ultimately dereliction of duty.

Furthermore, it is well documented that the police are the least trustworthy institution in the country, both by Corruption Watch’s own data as well as the Transparency International Global Corruption Barometer Africa 2019 report.

This distrust in the police stems from occurrences such as those that have been reported to us, including the disappearance of case files when alleged perpetrators of GBV are known to police officers, or in exchange for bribes. This illustrates an intersection of corruption power dynamics, where money or connections have power to determine outcomes. It also exposes patriarchal power dynamics, where the interest in protecting and supporting survivors of GBV is side-lined in favour of interest in the self, or money, or the male party.

The institution of policing must be addressed, and tackled through both stringent anti-corruption training as well as feminist training, to ensure the effective application of GBV laws.

Police officers have also been reported to extort sex or sexual favours from women. This is sextortion, where bribes take the form of a sexual exchange rather than a monetary one.

It has been documented by the International Association of Women Judges, through reviews of legislation around the world, that sextortion operates in a space where the law cannot necessarily reach, or cannot reach fairly. South African laws are no exception.

The language used in the Preventing and Combating of Corrupt Activities Act (PRECCA) is broad enough to include a sexual act as a "benefit" obtained through corruption.

However, the Act criminalises both offering and accepting to participate in a corrupt act, placing both parties at fault. There is no defence of coercion against the offences named in PRECCA.

It is particularly damaging for victims of sextortion, as GBV legislation does not criminalise it either.

Sextortion is not entirely non-consensual, as the victim has been coerced into agreeing to participate in order to access some benefit.

Unequal power subtleties between the parties to the act may have led to it happening – for example, a male school principal threatens a female student that she will fail, unless she agrees to have sex with him. Or a male police officer threatens to arrest a woman, unless she has sex with him. In sextortion, again, the intersecting power systems of corruption and patriarchy are clear.

The effects of the disregard of sextortion are threefold.

Firstly, women and other victims will not report their experiences, because it is not a recognised crime, and because of the risk of being accused of corruption themselves – meaning we do not even know the extent of the problem.

Secondly, it contributes to the greater scourge of GBV in South Africa, as a form of GBV that is not recognised and therefore, that no one can be held accountable for. And finally, how many victims of sextortion are out there, afraid and unable to access justice at all?

Though this is new terrain for legislation to navigate, Corruption Watch argues that it is essential to consider how sextortion can be included in both anti-corruption and anti-GBV legislation, as it needs to be recognised as crimes under both areas of law.

The police clearly have a role to play, one that is currently been done inadequately and lacking a feminist approach.

At a time where scarcely a single woman in South Africa feels safe, at school, at the police station, or in her own home, Parliament needs to make committed, sincere and serious decisions in terms of these amendments, but also in terms of holding police accountable for implementing the law.

- Sabeehah Motala is the Campaigns Coordinator at Corruption Watch.

We live in a world where facts and fiction get blurred
In times of uncertainty you need journalism you can trust. For 14 free days, you can have access to a world of in-depth analyses, investigative journalism, top opinions and a range of features. Journalism strengthens democracy. Invest in the future today. Thereafter you will be billed R75 per month. You can cancel anytime and if you cancel within 14 days you won't be billed.
Subscribe to News24
Related Links
OPINION | Women and children will continue to die until we dismantle toxic masculinity
ANALYSIS | GBV bills: What about the boys?
OPINION | Mandatory reporting of domestic violence: Helpful or harmful?
Next on News24
OPINION | Joe Kitchen: There may not be a rainbow nation, but we could try patch together a quilt