Author of the new book, 'The Land Wars', John Laband argues that if land expropriation without compensation is done too quickly to achieve short-term political advantages, it might lead to new problems.

The ownership of the land in South Africa is both an emotive and a material issue.

Memories are still alive of the indigenous inhabitants’ courageous, prolonged but ultimately unsuccessful resistance to colonial conquest that resulted in the loss of their land, thereby alienating them from the ancestral foundation of their culture and spirituality.

In the Constitution 18th Amendment Bill introduced in 2019, the government has justified accelerated land reform because it addresses 'the historic wrongs caused by the arbitrary dispossession of land' and is seen as a 'corrective and restorative measure to historical issues.'

No fair-minded person could object to this goal, and land reform, after all, has historically been a programme pursued by many a government across the world in this and previous centuries.

I live in the Western Cape, and everywhere I go I can see the colonial impact on the landscape: the vineyards, the great fields of barley and canola, the forestry plantations, the vast pastures for livestock, and the isolated farmsteads. But I also see a landscape swept almost clear of people and, because I am an historian of war and society in Africa, it fascinates me to delve into why and how this great process of dispossession took place in the old Cape Colony (now the two provinces of the Western and Eastern Cape), and to assess the degree of violence it involved.

Of course, in every continent inhabited by humans, there have been countless defeated peoples who forfeited their land to their conquerors along with their independence, but I found that the process of dispossession in the Cape was unique to itself.

Of all the peoples residing today in South Africa, only the San are considered to be autochthonous, that is, still living in the same region as their ancestors when they evolved into modern humans aeons ago.

All the rest were settlers, people who came later, whether migrating from further north in Africa like the Khoikhoi and the Southern Nguni-speakers, or arriving by sea from Europe like the Portuguese, Dutch, French, British and Germans, or from Madagascar, the East Indies and elsewhere in Africa if they were slaves.

The arrival of the Dutch in 1652 brought with it a process of European colonisation that was violent from almost the very start.

The Dutch defeated the Khoisan in the two Khoikhoi-Dutch Wars of the 16th century and in the Northern War of the eighteenth century. Then, in the series of nine Cape Frontier Wars from 1779 to 1878, the Dutch, and then the British who took over the Cape from them in the early 19th century, fought the amaXhosa, and sometimes the abaThembu and Khoisan too.

All these wars in the Cape that flared up recurrently over the space of 200 years had one thing in common: they were wars of dispossession with the settlers always seeking to extend the limits of white settlement. During their course the colonial frontier steadily advanced north from Table Bay to the Orange (Gariep) River and east across the Kei River to the lands beyond.

In the process, the indigenous peoples were defeated and driven from their territory which colonists from Europe then settled, laying out their farms and establishing their towns and ports. The survivors, their independent existence under their own rulers terminated, scattered into the interior of southern Africa, were sucked into the new colonial space as labourers, or were left to survive on sufferance in the cramped reserves set aside to accommodate and control them.

The book I wrote, Land Wars, necessarily focuses on warfare since it is about how people were violently dispossessed of their land.

As in all conflicts, there was never a straightforward, pre-ordained path to victory or defeat, and I have taken into full account the wayward impact of individual personalities on events, and of the unanticipated and disproportionate consequences of often trifling decisions and incidents.

Yet, when all is said and done, both sides in the two centuries of warfare in the Cape experienced suffering and loss, and I learned that over the years the fighting grew ever more brutal and pitiless.

Combatants died painfully in battle or of disease, some experienced torture, others faced years of captivity, and the corpses of the fallen were all too often disrespected and mutilated. Time and again non-combatants were caught up in the fighting.

They lost their homes, crops and other possessions to the flames, their livestock was driven off, and they were compelled to flee in search of safety, shelter and food. All too often they were callously killed, defenceless as they were, or dragged away as prisoners and captive labour.

Inevitably, though, it was the defeated who bore the worst and lost the most, and the consequences are still with us today.

That is why land reform is going before Parliament. What we cannot know, however, is how it will work out in practice in this country.

I feel that if expropriation without compensation is over-vigorously applied to secure short-term political advantage, and if a new category of dispossessed, resentful people is created, then a deep historic wrong will have been addressed only by perpetrating a fresh one.

- John Laband is a Professor Emeritus of History, Wilfrid Laurier University, Canada, and a research associate in the Department of History, Stellenbosch University. He is also a life member of Clare Hall, University of Cambridge, and a fellow of the University of KwaZulu-Natal. He specialises in the history of the Zulu kingdom and in colonial wars in Africa.  He is the author of 'The Land Wars' (2020) published by Penguin Random House South Africa. Among his recent books are 'The Assassination of King Shaka' (2017); 'The Battle of Majuba Hill: The Transvaal Campaign 1880–1881' (2017); and 'The Eight Zulu Kings from Shaka to Goodwill Zwelithini' (2018).

We live in a world where facts and fiction get blurred
In times of uncertainty you need journalism you can trust. For only R75 per month, you have access to a world of in-depth analyses, investigative journalism, top opinions and a range of features. Journalism strengthens democracy. Invest in the future today.
Subscribe to News24
Related Links
OPINION | Land is not a low-hanging fruit
OPINION | The plight of unlawful evictions in South Africa
OPINION | The eviction of a naked man is not part of the City of Cape Town's conduct
Next on News24
OPINION | The parallels of fighting the Aids epidemic and Covid-19 pandemic 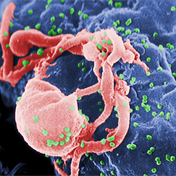