OPINION | The South African development state: Where to from Covid-19? 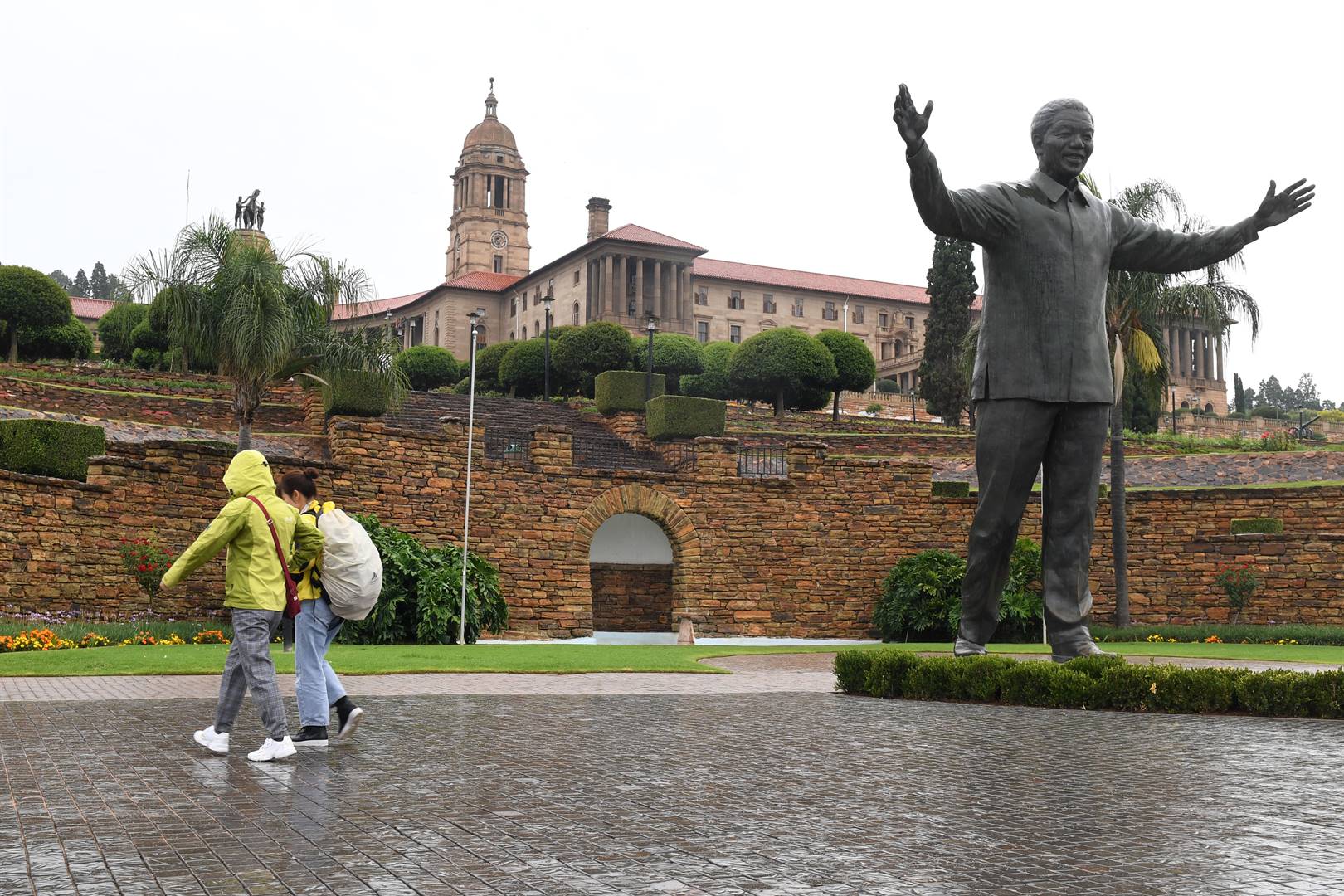 Government needs to push towards developing more of a developmental state if it is going to survive the economic fallout from the Covid-19 pandemic, writes Kgotso Maja.

South Africa is one of the most unequal societies in the world.

We have pressing challenges of poverty, unemployment and inequality.

Our unemployment rate stood at 29.1% at the end of 2019 and it has now reached 30.1 % under the lockdown. The percentage of young people aged 15 to 34 who are not in employment, education or training (NEET) is 41.7% (Stats SA, Q1 2020). We have experienced constrained economic growth, poor credit ratings, challenges in state-owned entities, shedding of jobs and other social and economic difficulties.

What is a developmental state broadly?

Andrzej Bolesta defines a developmental state as one that is "conceptually positioned somewhere between liberal open economy model and a central-planned model".

He writes that the theory of a developmental state is neither capitalist nor socialist.

"The developmental state is based on combinations of positive advantages of private business and the positive role of government."

The state plays a key role, but still within the context of a market economy. On the other hand, in the neoliberal paradigm, the state plays the most minimal role.

A developmental state is different from socialism or communism in that it is more oriented to rational planning, whereas socialist states are command oriented. It is also not neoliberal because those are about less state intervention.

In a developmental state, we do not only provide frameworks within which the markets determine their goals, we set the goals and give to the markets to implement.

Mkandawire states that a developmental state is a state whose politics have concentrated sufficient power, relative autonomy, strategic, organisational and technical capacity at the centre "to shape, pursue and encourage the achievement of explicit development objectives".

The ANC's 54th National Conference Report concedes that "there has been slow progress in building a developmental state that has the capacity and capability to mobilise society and direct resources towards developmental goals".

And this has been attributed to low levels of economic growth, the rising national debt, weak governance in state-owned entities, poor business confidence, low investment levels, credit rating downgrades, policy inconsistencies and public and private sector corruption. I want to add that the concentration of wealth and capital in minority control, anti-competitive practices, failure of big business to transform, inadequate state capacity, shedding of jobs in labour-intensive industries and increasing barriers of entry are just some of the hindrances to achieving the developmental state's agenda.

On average, the wealthiest 10% of the population own at least 90% of all assets that generated taxable income, whereas the highest-earning 10% receive at least 55% of income. This is an anomaly. What are the key drivers to this?

The unequal distribution of wealth-creating assets in South Africa has a lot to do with apartheid and its legacies. Inequality, poverty and unemployment are highly racialised as a result of many decades of exclusion.

The rent-seeking behaviour of monopoly capital, which has been largely reluctant to embrace social and economic transformation, has been repeatedly noted by the tripartite alliance as one of the key challenges. Furthermore, depending on where you stand ideologically, others have said there has been a failure of the neoliberal economic policies after the Reconstruction and Development Programme (RDP) era and that we have relied too much on market forces and the so-called "trickle-down effect".

It has been difficult to balance policies that drive economic growth and those that deracialise ownership patterns, absorb a big chunk of the labour force and increase employment.

When you look at RDP for example, it sought to reconstruct the social and economic disparities created by apartheid and "help every citizen reach their potential".

RDP was successful in areas such as social security and the provision of free healthcare. Yet, in retrospect, the policy was constrained by its inability to expand the tax base and strengthen the fiscus, as well as grow the economy while redistributing available resources.

Thereafter we had GEAR, a combination of the RDP's social objectives with some focus on macro-economic strategies such as reducing inflation, stabilising the exchange rate and consolidating the fiscus to be able to finance development objectives. Even though we managed to ensure some fiscal discipline and accountability as well as to reverse the negative growth under GEAR, we could not increase employment and transform the economy. Then came ASGISA, NGP and now we are on the National Development Plan (NDP).

Of course, the narrative suggesting that not much has changed since the democratic government took over is not accurate.

Since 1994, the ANC-led government has built millions of houses, hospitals, schools, clinics, roads and electrified many homes, including in remote rural areas.

Another challenge has been inadequate state capacity.

Of particular interest to me is what I call the lack of ideology of development. Fanon writes about the ideological numbness of the emerging ruling class in Africa. This tendency, identified in the 1960's, continues to characterise the contemporary black middle class and the youth.

We are more driven by materialistic acquisition and have no patience and discipline for the political education necessary to rally all of us behind a core national programme. You see this even in the state bureaucracy, where some are just employed to receive salaries and earn bonuses without any regard to the developmental agenda reliant on their everyday initiative in those offices.

In addition to this, I have made some observations on the weaknesses in the ANC's cadre deployment policy, or rather in how it has been implemented.

My view is that there are at least enough skills in the country to drive the developmental state's agenda.

We have produced many capable young people who can be deployed to the most senior and most sensitive roles, but the way we continue to apply cadre deployment does not prioritise requisite skills and competence.

The Covid-19 pandemic has brought to light possibilities of accelerated service delivery by government, a more involved private sector and a resilient, creative and agile citizenry.

We have managed to provide relief to small businesses in a very short space of time.

We have seen the private sector reaching into its reserves to setup relief initiatives and support the government fund. Our healthcare system responded with diligence and agility. We have largely been able to respond effectively to the social and economic effects of the pandemic. These are the best practices and lessons we can take into the post-Covid economy, and do things differently.

We need to invest in education.

Technical and Vocational Education and Training and specialised colleges have an important role to play in producing the skills necessary, not only for today's labour market, but for the future economy as well. In the age of rapid technological advancement, we have seen growth in less labour-intensive industries, the replacement of human capital by artificial intelligence and the increased use of converged technologies in production and everyday business.

We need to create a sense that those found guilty of corruption are reported, fairly adjudicated and there are consequences.

State institutions need to be strengthened, capacitated and monitored to ensure they carry out their mandate without compromise.

We have seen a declining confidence in the police for instance.

This will require serious attention as it has the potential of entrenching mistrust between society and the state. We need to build a capable state.

The NDP speaks about professionalising the state. I want to argue that this call has become even more relevant in light of the new demands on the state to grow the economy and redistribute within a context of rapid changes and the much-spoken about fourth industrial revolution (4IR).

The small business strata are an important contributor to growth, and through the pandemic we have seen it rising to the occasion and making use of its inherent agility to adapt and reinvent.

We need to create a culture of entrepreneurship and meaningfully support their growth and sustainability going forward.

The state must use its role as a buyer of goods and services to procure from SMMEs. The private sector must disengage from creating barriers to entry because our next phase of employment opportunities will largely come from SMMEs.

Moreover, there are elements of the RDP that we must reinvest in, such as massive infrastructure development which is by nature labour intensive and can create new industries.

By nature, the developmental state's success is dependent on a social contract, which means for all these recommendations to succeed, we need to involve all social, political and business sectors of society in decision-making and implementation of sector-specific goals.

This pandemic has challenged the state to step up and play a more leading role. This presents an opportunity for the state to continue playing a more decisive role in directing the recovery, growth and redistribution trajectory going forward.

Is the South African state up for the task? Do we have the capacity and political will to deepen the government's role while respecting the roles of both the private sector and civil society? That remains to be seen.

Is South African big business willing to play a greater role in transforming the ownership patterns in South Africa?

Will we see business digging a bit deeper into its reserves to invest in the infrastructure-led growth and development around which there seems to be some minimum consensus?

I wish to close with these questions as a challenge to all sectors of society to never let a good crisis go to waste.

- Kgotso Maja is a socio-economic development activist, MBA candidate and member of the Gauteng ANC's Economic Transformation Subcommittee. He writes here in his personal capacity.

Related Links
Climate change threatens SA socio-economic development - Creecy
FIRST TAKE | Lockdown all but over as government shifts to individual responsibility
Youth Day: Ramaphosa tells youth to rebuild economy after Covid-19
Share
Next on News24
John Matisonn | What happens to the party of Lincoln after Trump?