OPINION | Why are social media platforms becoming our moral champions? 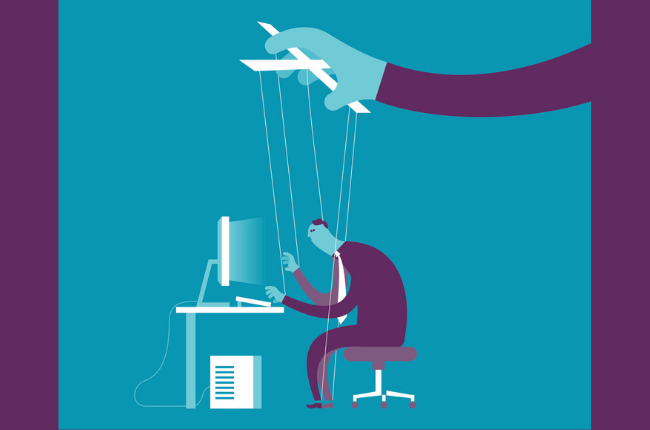 There are lots of moral and ethical dilemmas currently playing out on social media platforms, argues the writer.

Simon Swanepoel writes that we need to look at social media platforms and ask ourselves whether we are happy conforming to their narratives of what they deem to be right and acceptable?

2020 was a rollercoaster of a year and I say good riddance to it!

There is no doubt that most of us would pass on the opportunity to relive the year that brought us the devastating Covid-19 pandemic. Not one of us remains untouched. But despite the devastation that has claimed more than a million lives globally, 2020 did signal the end of one era and the ushering in of another.

The new digital economy is upon us and new social media platforms like Telegram and WeMe have emerged, offering alternatives to big tech platforms like Facebook and WhatsApp.

One critical issue that came to the fore in 2020 was the attack on the freedom of speech of citizens on social media platforms.

Big tech platforms have been censoring the content of users that they don’t agree with, while continuing to use data of private citizens to line their pockets. I do not agree with any form of censorship, and I believe social media platforms should exist for us all to voice our opinions and views.

In my view, big tech platforms that censor content will fade into irrelevance with only the consumers that support their views.

Since when did they become the moral champions of our time?

It seemed ethically fashionable for social media platform owners to support the inciters of the Arab Spring back in 2010s when a series of anti-government protests, uprisings, and armed rebellions spread across the Arab world, but at other times, censorship has suited them.

You can stand up on a soap box in the park any day of the week with a loudspeaker and tell your story and opinion, and no one will arrest you. But try telling the same story on social media or expressing your agenda to your followers and people get banished.

Like on the soap box, if people don’t like what you have to say, they can ignore you and walk on, similar to unfollowing. So why are we censoring this stuff? It’s a serious question that needs serious attention.

I’ve been observing the Facebook versus the Australian government debacle.

Most other Western governments haven’t had the mettle to hold the big tech accountable on some critical privacy and data issues.

It is also nowhere near consistent, and it’s generally their algorithms that decide which accounts to ban.

For example, I listen to the top health and fitness podcast in the world by Sal de Stefano. Stefano was recently shadow banned on Instagram for posting a meme of the rapper 50 Cent wearing a Donald Trump hairpiece. Just a recent example of how ridiculous censorship is becoming.

Yet, according to one documentary film Fake Famous, up to 50% of most major influencers accounts on Instagram are made up of fake followers and bots that like and comment on influencer’s posts.

In fact, the fake follower industry is so big that it’s a billion dollar industry.

However, Instagram turns a blind eye to this due to the fact that it’s in both party’s best interests - Insta gets the inflated value of having far more users than what it really has, and the influencers get the "fake fame" and big sponsorships due to the followings they have. This is why competition is good and important.

Providing consumers with a choice keeps the playing field level.

The Australian government and other governments should approach social media platforms that can align with their values and partner to create healthy competition.

"For artificial intelligence to be truly smart it must respect human values — including privacy. If we get this wrong, the dangers are profound…It is not only a possibility — it is a responsibility."

There are lots of moral and ethical dilemmas that are currently playing out on social media platforms and it’s important for citizens and societies to consider different viewpoints on these matters before it’s too late to correct course.

- Simon Swanepoel is the CEO of RocketNet, one of South Africa’s fastest growing ISPs.