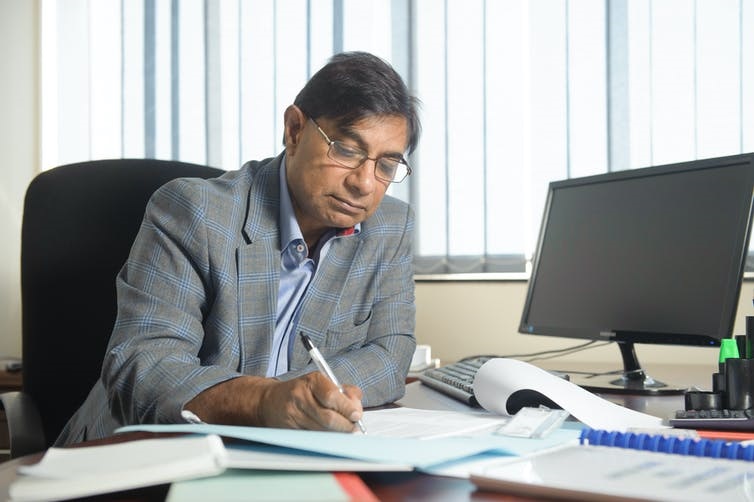 Professor Vishnu Padayachee. (Supplied by University of the Witwatersrand)

Brij Maharaj plays tribute to his friend and colleague, Professor Vishnu Padayachee, describing him as a someone who willingly shared knowledge and had a great love for cricket.

Much has been and will be written about the formidable and enigmatic former Reserve Bank board member, the late Professor MahaVishnu Padayachee. Vishnu held senior academic positions at the University of KwaZulu-Natal (UKZN) and more recently at Wits University, with several national and international academic honours and appointments.

However, when I think about Vishnu, the University of Durban-Westville (UDW) looms large. It was where he travelled to daily from Umkomaas. He arrived at UDW when it was a racially ghettoised institution and played a role in its transformation in the early 1990s into an embryonic people's university.

Vishnu also played his part in fermenting ideas while straddling the delicate path between unions and management. When he walked into his office at the Institute of Social and Economic Research (ISER), one was immediately struck by the meticulous lay of his table, the stunning artefacts, the bookshelves, crammed with many titles that were not available in the underfunded library. Here at his desk was a scholar.

I did fieldwork for Vishnu's MA as an undergraduate student and was generously rewarded.

Our paths would intersect in the oddest of ways.

I had a short-lived spell as a teacher at the newly established Umkomaas Secondary School on the KZN south coast - the only town where news still travels faster than the speed of the internet. His father was the principal of the neighbouring Naidoo Memorial School (where Vishnu matriculated) and was referred to as the unofficial mayor of Umkomaas. He welcomed the rookies and told us that "whoever comes to teach in Umkomaas finds a partner in this town, so save for your wedding". I would return to UDW and make a turn at Vishnu's office to borrow a book and sign the register.

Knowledge should be shared

I borrowed many books from him. My name was written down; the title recorded. Vishnu was always generous and wanted to share, inspire, learn. I carried that into my own life, for he showed me that knowledge needed to be shared, not hoarded. He took a personal interest in my research (I started working on my PhD without a supervisor!) and directed me to obscure sources. He introduced me to Bill Freund and got me involved in their joint project and the edited book collection, (D)urban vortex: South African City in Transition. Vishnu also introduced me to Ashwin Desai because he believed that we had some common research interests. The three of us really began to share our work, encourage each other and think this collegiality had a profound effect on my own writing.

In the early 1990s, together with Dhiru Soni, Vishnu pioneered the establishment of the innovative inter-disciplinary Social Policy Programme at UDW, with support from the University of Michigan and University of California, Berkeley. The SPP was introduced as a transformation initiative to prepare a new generation of students as policymakers in the public service, "NGOs and other development institutions that are committed to meet the challenge of managing change in South Africa, in the broader southern African region and beyond".

Our paths crossed again at the University of Natal in the early 2000s when I assisted Adam Habib to establish the Centre for Civil Society (CCS) in the School of Development Studies, which Vishnu headed.

Vishnu's academic influence extended way beyond economics. According to Edward Ramsamy, one of my former UDW students, now a professor at Rutgers University in the USA:

"Vishnu was kind and generous toward me. I learnt so much when I was his research assistant in 1988. In fact, my own work on the World Bank was influenced by his path breaking research on the IMF and South Africa".

Vishnu was not an economist of supply and demand. In fact, he was the opposite. He demanded more of himself than others. He gave more than he took. And for all the reserve, he could get on with a range of people across the academic and community spectrum. He enjoyed associating with those in power and authority when necessary and tried unsuccessfully to introduce one vice-chancellor to the intricacies of cricket – a game that could fail to produce a result after five gruelling days in the heat of summer!

Vishnu was passionate about cricket and spoke about his retirement bucket-list wish to spend time watching games at Lords in London. (Off course, good scholars seldom retire – at 69  years, Vishnu had just taken on a new PhD student at Wits). I think that one of his underrated books was Blacks in Whites (co-written with Ashwin Desai, Krish Reddy and Goolam Vahed) which covered, in fascinating detail, a century of black cricket.

Ikes Bookshop was where Vishnu held court (with the support of Julian May and Joanne Rushby). Here was a veritable hive of public intellectual activity, a rare space in Durban where scholars connected civil society and activists. There were memorable book launches with luminaries like JM Coetzee, Arundhati Roy, Fred Khumalo, Ronnie Kasrils, Gcina Mhlope and Ivan Vladislavic. Who could forget the one where the discussant to a new book written by a Marxist was opened with "this reads like a collection of third-year sociology essays that would probably fail". Notwithstanding the ravages of Covid-19, Ikes continues to flourish in 2021 and is arguably the most open space in the city.

Vishnu's health began to fail in recent years, and those close to him had a sense that he was withdrawn. And then he started reaching out and reconnecting with old friends. He was smiling again as people responded to his need to make things whole again. We must respect that even though clearly ailing, he was keen to connect with old friends, and those are the memories we must cherish.

In his tribute, bosom hometown pal and A-rated UCT linguist Rajend Meshthrie said that in "Hindu religious thinking, Vishnu is the preserver, the one who underlies all other avatars (even Shiva, Krishna, Ram and Buddha). This is the essence of the prefix Maha in his name ("great" or "the great"). May our Vishnu find his salvation and rest in peace".

And that is the story in Hindu scriptures of the god Vishnu. Bringing things together, laying solid foundations so that society can renew itself, working and often healing in intangible ways. And that is what we need to do in this time of sickness, fear and isolation; to have our debates, speak truths, and grasp the hand that reaches out to support and nurture.

Vishnu's death also makes me think about how important it is to record the history of UDW. It played a significant part in destroying the very system that created it by generating a ferment of ideas and activism. When that history is written, Vishnu's role will loom large.

- Brij Maharaj is a geography professor at UKZN.

We live in a world where facts and fiction get blurred
In times of uncertainty you need journalism you can trust. For only R75 per month, you have access to a world of in-depth analyses, investigative journalism, top opinions and a range of features. Journalism strengthens democracy. Invest in the future today.
Subscribe to News24
Next on News24
OPINION | Basikopo Makamu: Local government is not beyond redemption