What to make of Dlamini-Zuma's warning about land 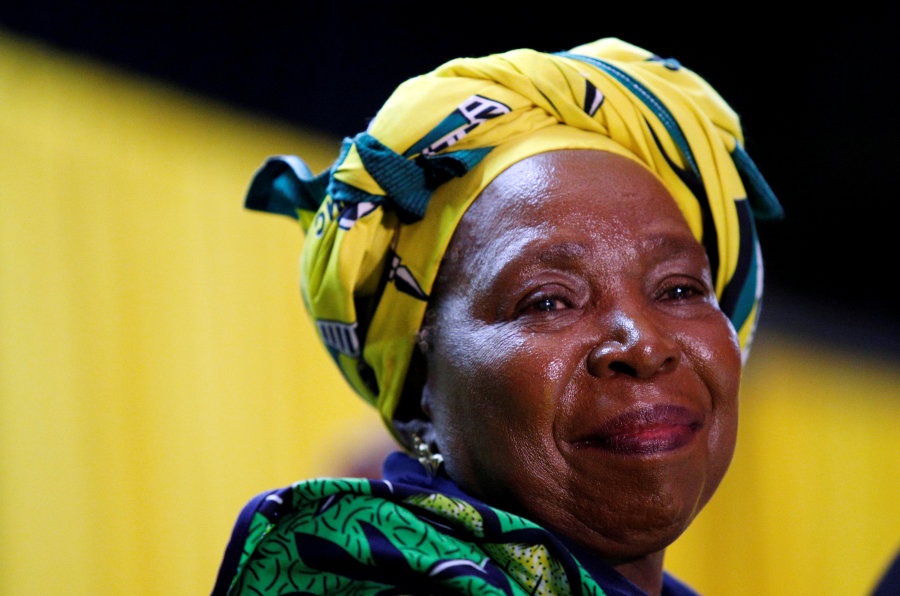 Dr Nkosozana Dlamini-Zuma was widely reported this week as warning that "patience on the land issue is wearing dangerously thin" – a familiar "time bomb argument" often made by political leaders and anti-property rights activists, but one that has little basis.

The latest polling in our possession demonstrates once again that voters do not regard accelerated land reform as a key policy priority for the government, but instead regard employment, education, and crime as the priorities. We can go even further, now, and demonstrate that suburban voters and minorities are more inclined to judge land reform as a policy priority than is the case for rural and black voters.

Put differently, the relatively prosperous are more animated in their belief that the poor should go back to the land than are the poor themselves.

This, of course, makes complete sense and it should come as no surprise to any middle-class person living in a city that the poor aspire in the main to exactly the same lifestyle – good schools, safe neighbourhoods, and good jobs. Any activist or commentator who lives a comfortable salaried suburban lifestyle but advocates for poor black people to pursue a rural life on a little plot immediately opens her- or himself to a charge of racism and should be interrogated as such.

Government and ruling party strategists seem just as out of touch. Land reform, no matter how expertly and expansively executed, will not turn the tide of protest action or declining support for the ruling party for the simple reason that it fails to address what polls show the majority of poorer voters actually want.

South Africa does not have a peasant class. We have done better than that in our first 20 years as a democracy and can and should aspire to a future where entrepreneurship and employment, mainly in growing urban centres, is the primary avenue to social and economic upliftment.

Nor is the current pursuit of land reform via the erosion of property rights neutral to this goal – it actively undermines the very investment necessary to secure the growth that is central to the success of the social and economic upliftment we propose.

It is hard, then, to know what to make of Dr Dlamini-Zuma’s warning – and others like it.

Does she simply not know what is going on? Her misuse of statistics on land ownership suggests she may not, specifically given her reportedly saying: “White landowners own 70% of all farming land‚ with Africans only owning 4%”. The correct use of that statistic is that whites own 70% of the third of all land that is titled to individuals – much of which is in the arid western expanses of the country. That figure is also unlikely to change as it is the policy of the government to not offer title to black farmers – even though, by the best estimates, over 40% of land by agricultural potential is under the control of black people.

Does she actually believe that failed land reform is a major contributor to social instability? Have her advisers told her this? Or is it just political rhetoric aimed at deflecting public anger because the government has no idea of what to do about such anger, and no ideological inclination to do it? We can demonstrate that the real change in the after-tax income of families appears to drive political sentiment to as great an extent as anything else.

Or is it something else – naked hate-filled racial nationalist rhetoric aimed at uniting the fractured ruling party while using the ensuing fervour and degradation of property rights to later undermine civil rights, given that the former anchors the latter in all free societies?

This possibility is not taken nearly seriously enough by those with more sanguine interpretations of the government’s motives – even though, if you dismiss the argument that the proponents of the "time bomb argument" are simply too ignorant to know better, it is perhaps the only conclusion to reach.

Restitution is important, as we have long argued, but it can easily and effectively be executed within the existing land market and at market prices, and will play at best a very minor supporting role in reducing overall levels of poverty. And we have made various proposals over time to show how this may be done via a combination of low-cost financing, grants, title deeds, and proper extension services.

Yet even in this limited capacity it could only be successful as an adjunct to a raft of policies directed at drawing the investment needed to create the economic activity that will draw vast numbers of people into urban jobs.

- Frans Cronje is the chief executive office of the Institute of Race Relations (IRR), a think tank that promotes political and economic freedom. If you agree with what you have just read then click here or SMS your name to 32823.

Related Links
ANC, EFF policy differences on land expropriation hinders constitutional amendment
The heritage of orphans: Why land expropriation is imminent
'AfriForum is taking us to the edge of the abyss'
Share
Next on News24
OPINION | The fueling of xenophobic tensions is not helping in the fight against human trafficking 1 person bags R388k in the Daily Lotto prize
Full list of lottery results
Lockdown For
DAYS
HRS
MINS
Voting Booth
Have you downloaded the Covid-19 tracing app?
Please select an option Oops! Something went wrong, please try again later.
Yes I have
14% - 1603 votes
No, and I will not be downloading it
76% - 8658 votes
Not yet, but I plan to
9% - 1066 votes
Previous Results
Podcasts
PODCAST | EXODUS Chapter 2: The Road