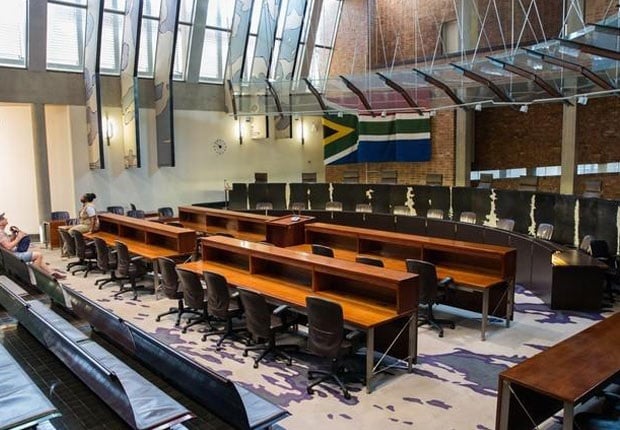 Under attack, divided and unable to ensure proper accountability, South Africa's judiciary is in desperate need of a capable leader – and all four nominees for the Chief Justice position have shown that they are up for the job, writes Karyn Maughan.

In the coming weeks, President Cyril Ramaphosa will need to make one of the most important decisions of his term in office: by choosing the man or woman who will lead South Africa's judiciary.

They will now need to be interviewed by the Judicial Service Commission, which will provide Ramaphosa with its assessment of their individual suitability for the judiciary's most powerful position.

Here is what we know about the President's Chief Justice nominees:

Deputy Chief Justice Raymond Zondo has been shortlisted as one of the candidates to head up the Constitutional Court. Karyn Maughan writes with such a short term left at the apex court, this may be a barrier to him getting the position.

Supreme Court of Appeal Judge Mandisa Maya is the only woman contender of the four nominees for the position of Chief Justice. Karyn Maughan writes that if President Cyril Ramaphosa choses to appoint Maya to the position he will be making a compelling statement.

Justice Mbuyiseli Madlanga, one of the four nominees for position of Chief Justice, has written some of the Constitutional Court's most far-reaching and powerful decisions, writes Karyn Maughan.

We live in a world where facts and fiction get blurred
In times of uncertainty you need journalism you can trust. For only R75 per month, you have access to a world of in-depth analyses, investigative journalism, top opinions and a range of features. Journalism strengthens democracy. Invest in the future today.
Subscribe to News24
Next on News24
Karyn Maughan | Meet the nominees for SA's next chief justice: Justice Mbuyiseli Madlanga

Lucky Sunday for 2 Daily Lotto players
Full list of lottery results
Lockdown For
DAYS
HRS
MINS
Voting Booth
President Ramaphosa has punted the idea of mandatory Covid-19 vaccinations for South Africans. This is:
Please select an option Oops! Something went wrong, please try again later.
The right thing to do. We desperately need more South Africans vaccinated to prevent further mutations and restore normality in our lives.
71% - 10244 votes
A risky strategy. Compulsory vaccinations may have unintended consequences and damage our rollout campaign.
29% - 4132 votes
Previous Results
Podcasts
PODCAST | The Story: The Omicron variant and what we know so far